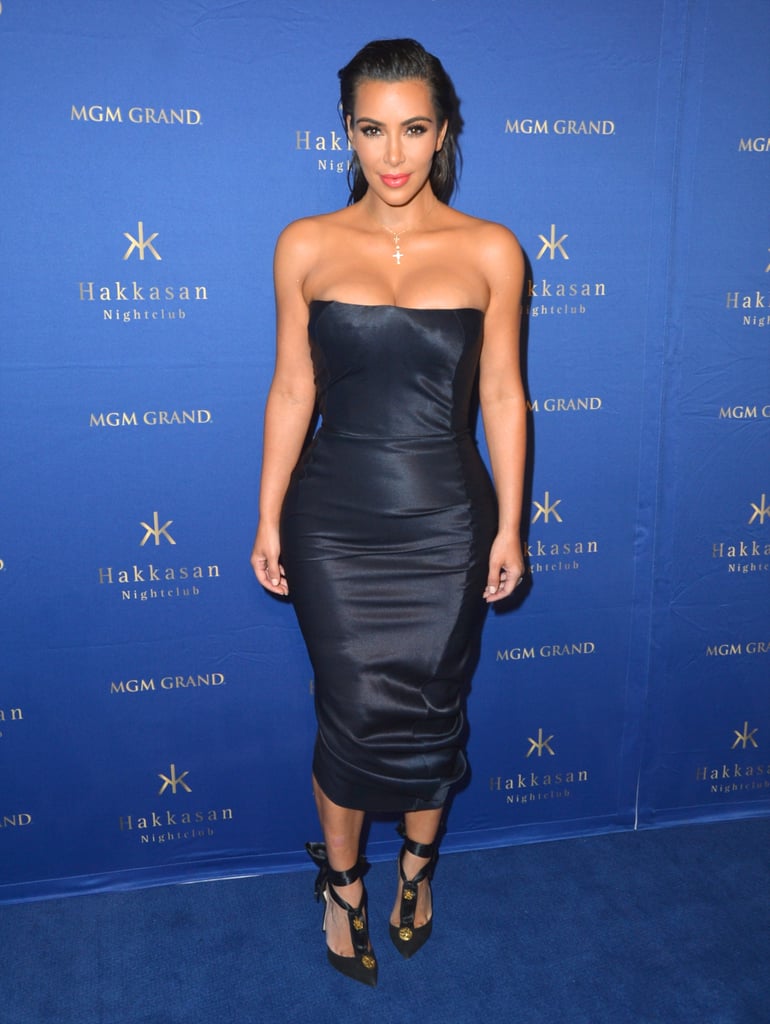 Hours after putting her famous curves on display in LA, Kim Kardashian popped up at Hakkasan nightclub in Las Vegas with her girlfriends Larsa Pippen, Carla DiBello, Tracy Romulus, and Maria Menounos on Friday. In true Kim fashion, the reality TV star — who's been in the news recently for her spat with Taylor Swift — drew stares as she posed for photos on the red carpet while flaunting major cleavage in a formfitting, strapless midi dress. Earlier this week, Kim was spotted filming a segment for Keeping Up With the Kardashians at Milk Studios with sister Khloé, who also grabbed headlines for her heated Twitter exchange with Chloë Grace Moretz. See more of Kim now, then, if you just can't get enough, check out her hottest swimsuit moments.

Previous Next Start Slideshow
Kim KardashianRed Carpet
Around The Web