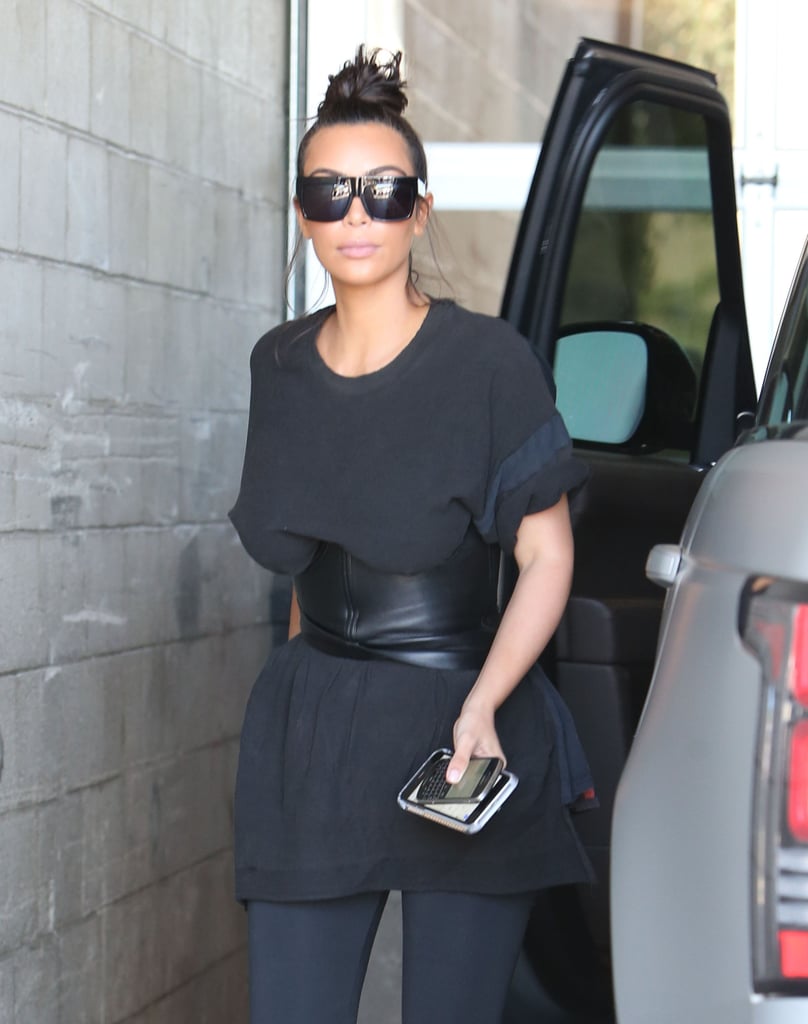 After famously leaking husband Kanye West's phone call with Taylor Swift over the weekend, Kim Kardashian was spotted at Milk Studios in LA with sister Khloé on Tuesday afternoon. The mother of two — who was there to film a segment for Keeping Up With the Kardashians — appeared serious in all black, while Khloé flashed a sweet smile as she made her way into the studio. Since Kim shared the incriminating footage of Taylor on Snapchat, several stars — including Selena Gomez, Katy Perry, and Chloë Grace Moretz — have taken to social media to voice their opinions on the matter. In fact, Chloë, who's already had a tumultuous history with the Kardashian family, called Kim and Taylor's feud "petulant and unimportant," to which Khloé quickly responded with a post that included a graphic photo of a girl in a bikini, which she presumably thought was Chloë. Keep reading to see more of the ladies' outing, then get all the details on Kanye and Taylor's feud.

Beauty News
Kylie Jenner Says She'd Be a Makeup Artist If She Wasn't Famous: "I Would Really Love It"
by Chanel Vargas 4 days ago