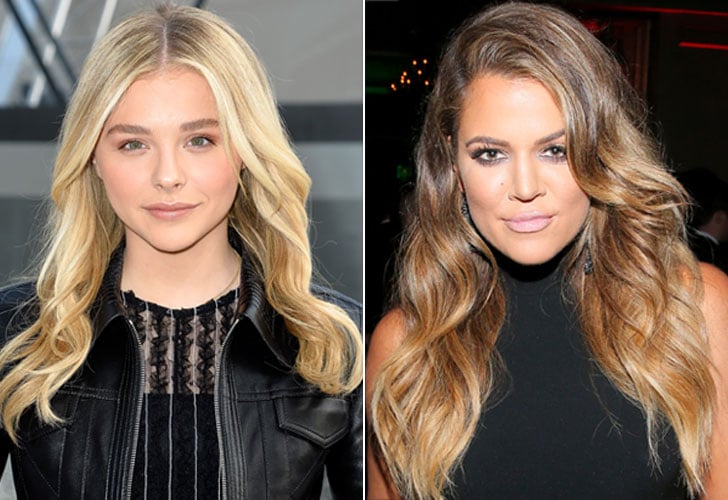 On Sunday, Kim Kardashian set nearly every form of social media ablaze when she released footage that proves Taylor Swift definitely knew about the controversial lyric about her in Kanye West's latest song, "Famous" ("I feel like me and Taylor might still have sex . . . I made that b*tch famous"), which she famously denounced during her acceptance speech at the Grammys in February. The videos Kim posted to Snapchat immediately drew both praise and criticism from a number of other celebrities, who decided to share their two cents about the matter on Twitter. Among those famous faces offering their opinions were Kim's sister Khloé Kardashian and actress Chloë Grace Moretz, who ended up having a pretty heated Twitter exchange about the whole thing.

Chloë already has a tumultuous history with the Kardashian family thanks to her tweets in March that criticized Kim's decision to post a nearly naked selfie, so it wasn't necessarily a surprise that Khloé immediately lashed out when the Fifth Wave star called Kim and Taylor's beef "petulant and unimportant" and said, "Everyone in this industry needs to get their heads out of a hole." What was surprising, however, was the way Khloé went about it. The younger Kardashian sister posted a graphic photo of a girl in a bikini, which she presumably thought was Chloë, along with the caption, "Is this the a hole you're referring to @ChloeGMoretz ???" Chloë was quick to point out it wasn't her, leading Khloé to be accused of cyberbullying. Check out their entire social media squabble below!