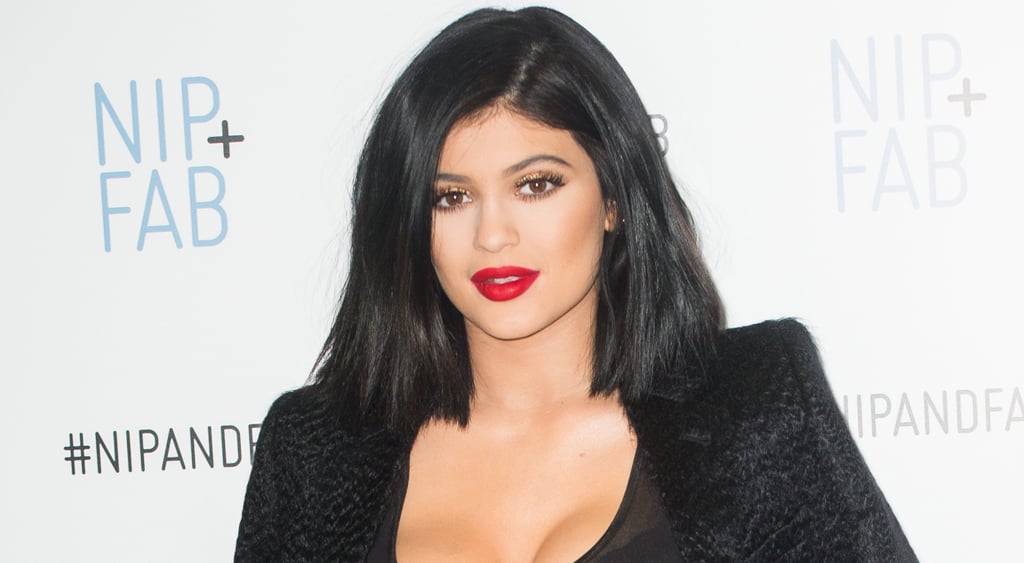 Kylie Jenner is setting the record straight about a strange Snapchat clip. The controversy started on Wednesday after Kylie shared a video that shows her mumbling something to the person next to her as they appear to be flying on a plane. Many people have speculated that she says, "I'm high as f*ck," while others have said it's too difficult to make out what she says. The Snapchat video, which only lasted for a short period of time on the app before being deleted, was saved and uploaded to an Instagram account called kylizzlesnapchats. While some Instagram users commented on the video that Kylie was definitely high on marijuana, others defended her, saying that, if she was on a plane, she was, quite literally, high.

A video posted by Kylie Jenner Snapchats (@kylizzlesnapchats) on May 6, 2015 at 3:53pm PDT

On Saturday, Kylie came to her own defense on Twitter, saying she was merely talking about chicken.

I DID NOT say that

sorry to disappoint everyone who thinks I'm this wild child. The media is mean & I try not to look @ it. So sorry 4 the late statement.

The reality star also addressed speculation about whether or not she is still in school. When one of her followers asked if she will graduate from high school this year, Kylie replied, "Yes. 1 more month."

I do school every weekday :) again don't believe everything you read. https://t.co/JVUnD5ZwRP

Celebrity Instagrams
From Michelle Obama to Chrissy Teigen, See How Stars Are Reacting to Inauguration Day
by Monica Sisavat 3 days ago