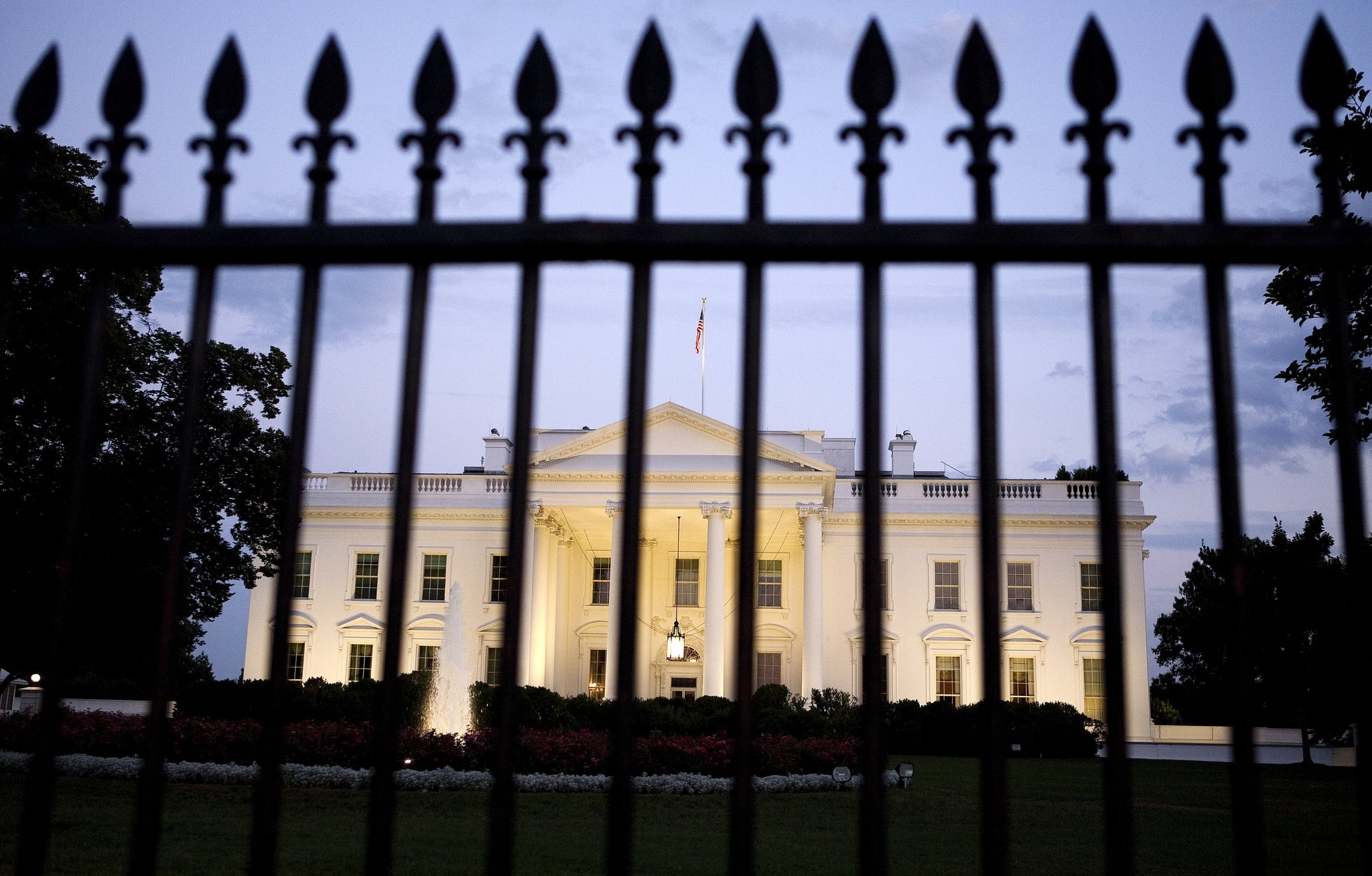 The Secret Service arrested a man who jumped over the White House fence on Wednesday evening. According to Huffington Post, 23-year-old Dominic Adesanya was taken into custody after scaling the fence along the North lawn, and the White House was placed under lockdown for over an hour. Video footage shot by a local news crew shows Adesanya just inside the White House fence on Pennsylvania Avenue, wearing white shorts and lifting his shirt to show agents that he had no weapons. He is then seen kicking and punching two of the Secret Service dogs that were released before agents surrounded and tackled him.

The scary incident marks the seventh time this year that someone has jumped the fence of the White House. Most recently, a 42-year-old Texas man named Omar Gonzalez made it just inside the North Portico doors when officers finally apprehended him and found him carrying a knife. While President Obama and his family were not home at the time, the incident drew criticism about the level of White House security, leading agency director Julia Pierson to resign earlier this month.