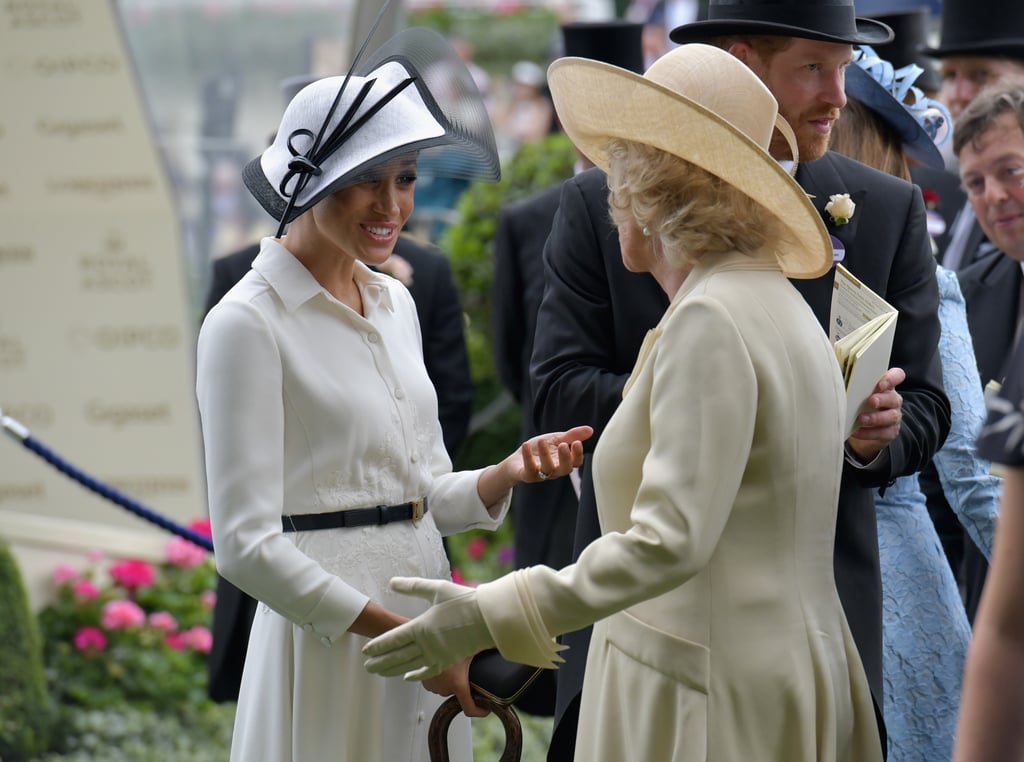 It's been just a month since Meghan Markle and Prince Harry married in a spectacular ceremony surrounded by 600 of their closest family and friends, and it looks like the new duchess is already super close with her royal family. Meghan and mother-in-law Camilla Parker Bowles first hit it off during Prince Charles's 70th birthday patronage at Buckingham Palace, when they shared lots of laughs after a bumblebee swarmed the stage during Harry's speech.

Most recently, the two smiled and conversed at Meghan's first official Royal Ascot, while hanging out with Prince Harry and Prince Charles at the annual horse racing event. We already know Camilla is a jokester based on her close, smile-filled bond with Kate Middleton, but it's great to see how she's hitting it off with Meghan. Check out all the sweet photos of Meghan and Camilla ahead, and then, read more about Prince Harry and Prince William's relationship with their stepmother.