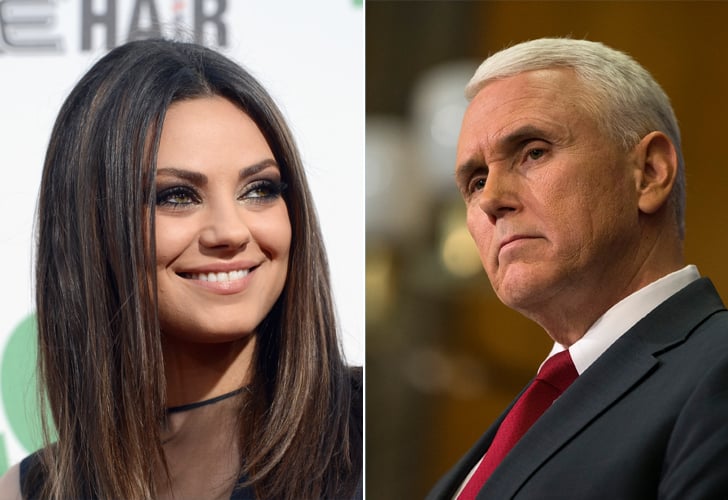 As if we needed another reason to love Mila Kunis, she just revealed a hilarious tidbit that increased our love for her tenfold. When the Bad Moms actress appeared on Conan on Thursday, host Conan O'Brien asked her about a supposed "prank" she pulled on Vice President Mike Pence. Mila divulged that she's been casually trolling Pence by setting up an anonymous monthly donation to Planned Parenthood in his name — so genius!

She explained that she "disagreed with some of the stuff that Pence was doing and was trying to do" and wanted it to be a "reminder that there are women out there that may or may not agree with his platform." Rather than calling it a "prank," Mila said she prefers to look at it as a form of "peaceful protest." Honestly, we may copy this idea and join in on the action, too!