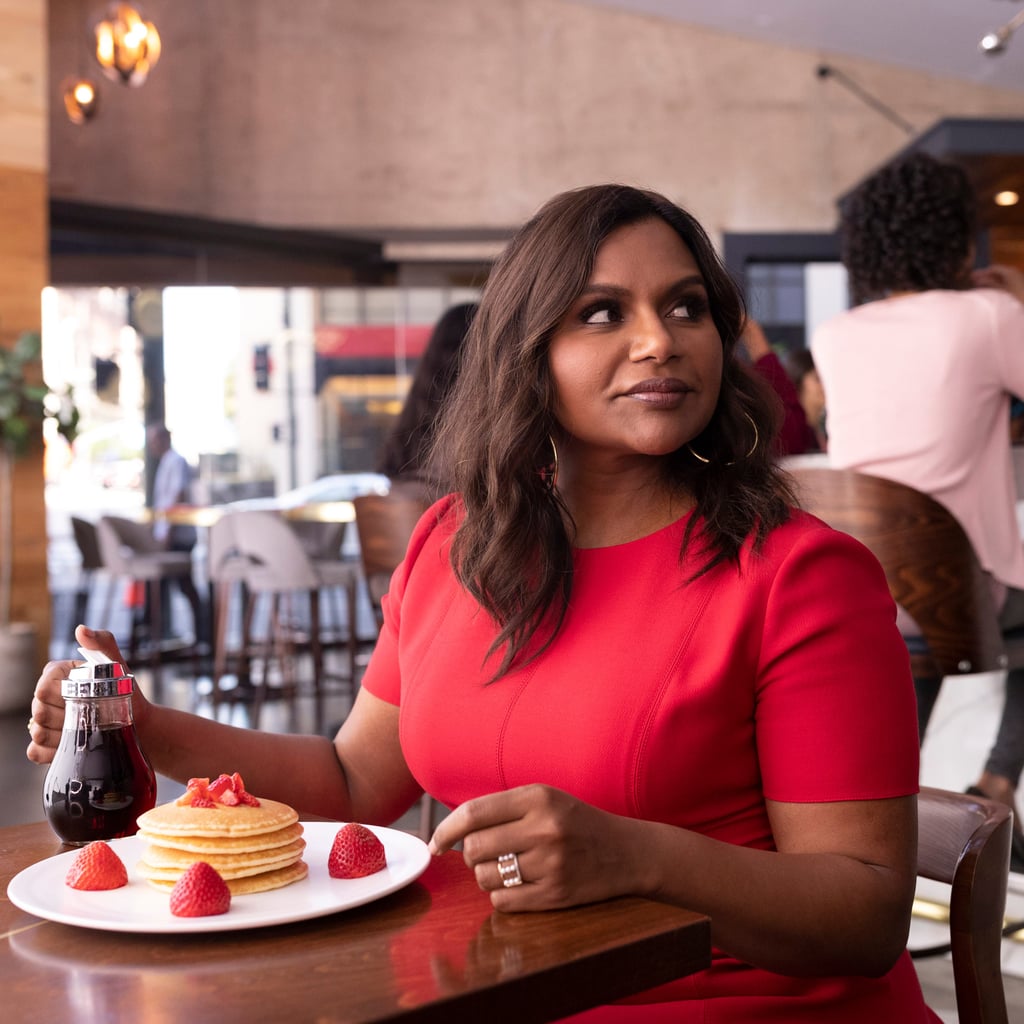 Like most of us, Mindy Kaling loves going out to eat. And, like most of us, she acknowledges that babies — including her 9-month-old daughter, Katherine — aren't always the most sophisticated restaurant companions. "She loves to come out to eat, but she just gets distracted and makes a huge mess," Mindy admits when I meet her at the W Hotel in Hollywood. "So I'll take her with my friend [and former costar on The Mindy Project] Ike Barinholtz. We'll go out to breakfast with our daughters at, like, 7 a.m., before anyone's there, and then they can just make a big mess."

The fact that Mindy is such an early bird should surprise no one. Not only is the actor, author, and producer in the middle of editing Late Night — a movie she wrote and acts in alongside the Emma Thompson — but she is about to head to London to work on a Hulu reboot of the rom-com classic Four Weddings and a Funeral, too. Did I mention that it's only 9 a.m. and, while basic mortals like me are still on our first cup of coffee, she looks ready to dominate a Fortune 500 board meeting in a sharp-as-can-be Roland Mouret pencil dress?

Outside the demands of her Hollywood career and motherhood, Mindy is also at work on a very different kind of project. The Make It a Date effort encourages people to dine out with a friend or loved one on Oct. 10. When they do, Mastercard will donate up to $4 million to Stand Up To Cancer — $1 when you spend $10 or more. There's particular resonance to Mindy's involvement with the campaign. Mindy's own mother, Swati Roysircar, died of pancreatic cancer in 2012, an experience she says was "devastating."

I talked to Mindy about finding the joy in combating the disease and supporting the Stand Up to Cancer cause, why her multiracial spin on Four Weddings and a Funeral will be "unusual" on purpose, and, yes, her lifelong soft spot for the chain restaurant Chili's.

Music
TWICE's New Album Includes a Message About Acceptance: "Love Yourself Just the Way You Are"
by Grayson Gilcrease 2 days ago