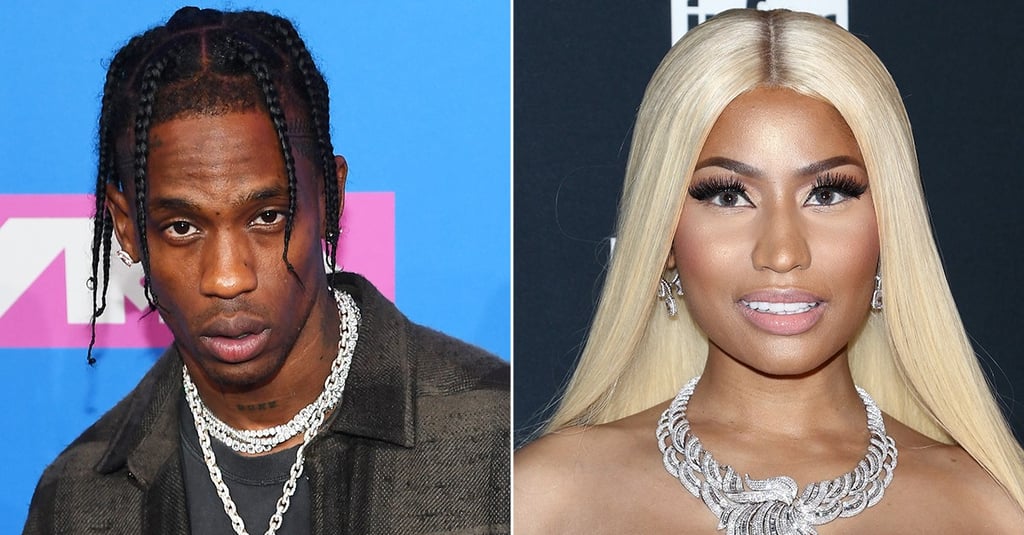 What Is Going On? A Thorough Review of Nicki Minaj and Travis Scott's Feud

Since the release of their respective albums, Queen and Astroworld, Nicki Minaj and Travis Scott have been quite busy. The albums came out within a week of one another, with Travis's dropping on Aug. 3 and Nicki's on Aug. 11. The critically acclaimed Astroworld debuted at number one on the Billboard 200 and held the spot when Queen was released, causing Nicki to come in second. Since then, there have been Twitter rants, awkward red carpet run-ins, and lots of trash talk on the radio. We're not exactly sure when this feud will end, but for now, let's go back to the beginning of when it all started.

Chrissy Teigen
Chrissy Teigen Is Officially Back on Twitter, and Our Timelines Are Incredibly Blessed
by Kelsie Gibson 4 days ago

The Voice
As Ariana Grande Joins The Voice, Nick Jonas Jokes He's Rooting For Her to Beat Blake Shelton
by Kelsie Gibson 5 days ago

Lil Nas X
So, What's the Deal With Lil Nas X's "Montero" Being Removed From Streaming?
by Grayson Gilcrease 1 week ago