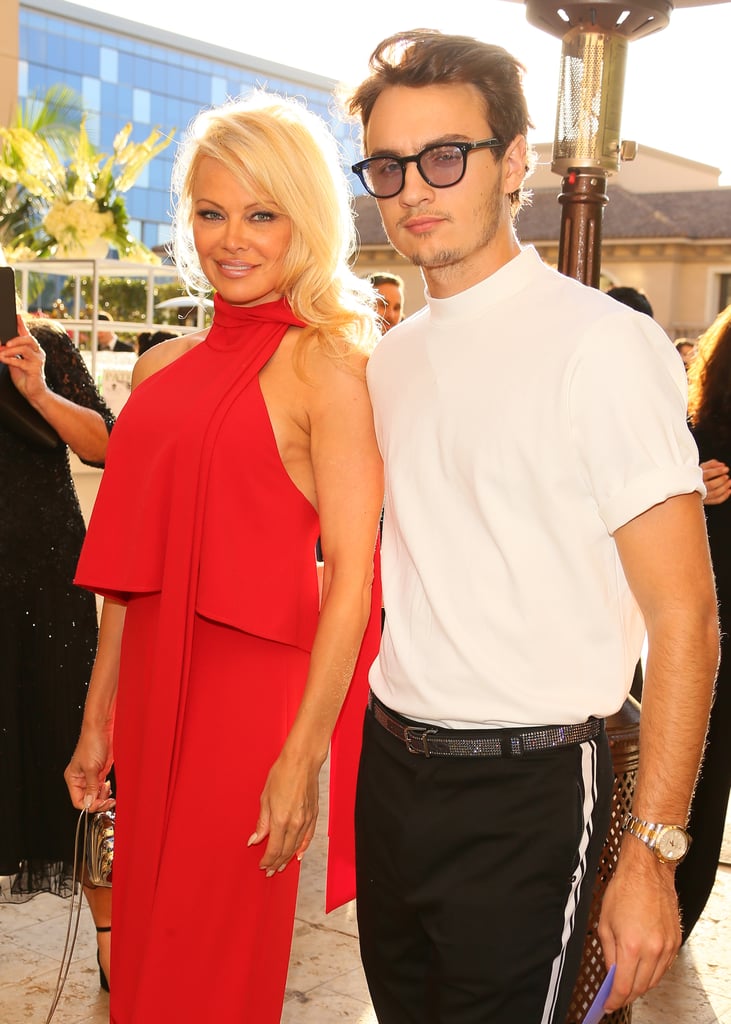 Pamela Anderson was in good company when she attended Sea Shepherd's 40th anniversary charity gala in LA on Saturday with her son Brandon Lee. The pair made a seriously fierce duo as they made their way down the red carpet, and Pamela couldn't help but beam while looking over at Brandon as they posed for pictures. The 21-year-old son of the former Baywatch actress and rocker Tommy Lee is already part of a famous family, but it's clear that he's starting to bust out as a star in his own right. Not only has he already walked in several Dolce & Gabbana runway shows, but he has also starred in the brand's campaign and even attended the Met Gala for the first time ever this year. We can't wait to see what else Brandon has in store for 2017!

Related:
It's Important That We Address How Hot Pamela Anderson's Son Is
Previous Next Start Slideshow
Red CarpetPamela AndersonCelebrity Kids