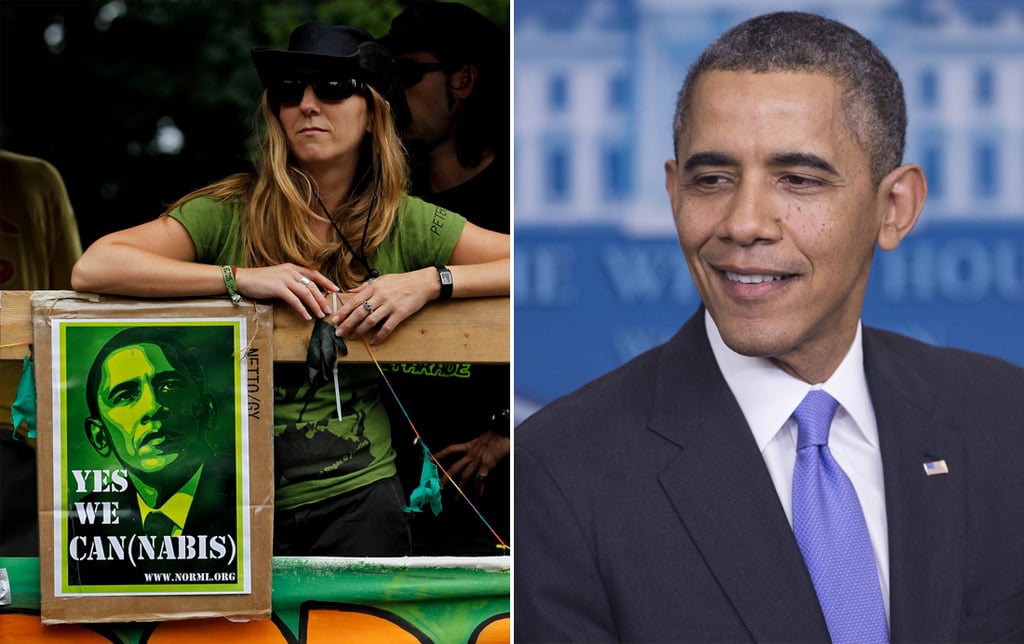 Well, look at you, Mary Jane! The drug of potheads is clearly going more and more mainstream. In a new New Yorker profile, President Obama acknowledges his toking days of yore. Also, it just so happens that the two teams going to the Super Bowl this year come from states where recreational marijuana use is now legal. Move over, Bud Light; you may have some competition at Super Bowl parties in Denver and Seattle.

Could the rest of the country soon follow Colorado and Washington's lead? Considering the president's New Yorker interview, it doesn't seem like the commander in chief would mind. He said legalization efforts will help keep American from having "a situation in which a large portion of people have at one time or another broken the law and only a select few get punished." In other words, our current system disproportionately targets impoverished minorities who smoke weed while turning a blind eye to everyone else, and that's not fair. Obama also made things personal: "As has been well documented, I smoked pot as a kid, and I view it as a bad habit and a vice, not very different from the cigarettes that I smoked as a young person up through a big chunk of my adult life. I don't think it is more dangerous than alcohol."

Everyone from politicians to celebrities seem chill about marijuana, but it's still technically illegal at a federal level. Do you think that could change?

Image Source: Getty
Any cannabis products referenced above are not intended to diagnose, treat, cure, or prevent any disease. The writer is not a medical doctor, and their experience is based on personal use, the results of which may not be typical or intended. The legality of cannabis products varies by state, and readers are encouraged to check their local laws before purchasing and using cannabis products. Nothing in this article should be construed as advice regarding the legal status of cannabis products. Any views expressed in this article by a third-party sponsor are those of such sponsor, and do not necessarily represent the views of POPSUGAR.
Barack ObamaPollsNewsMarijuana