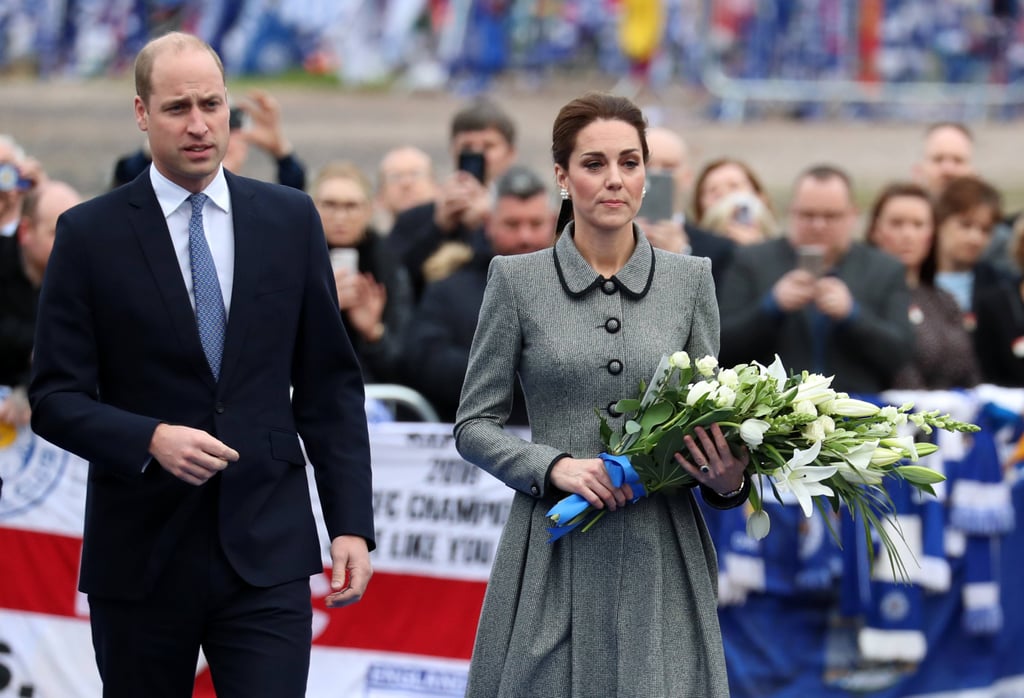 The Duke and Duchess of Cambridge paid a visit to Leicester, England, on Wednesday, where they paid tribute to the five people who died in a helicopter crash at Leicester City Football Club's King Power Stadium on Oct. 27. The helicopter belonged to the club's owner, Vichai Srivaddhanaprabha, and he was among those who died in the accident, which happened shortly after a game at the stadium.

Related:
This Is What You Have to Look Forward to From the Royals in 2019

William and Kate knew the chairman, through William's role as President of the Football Association. During their visit, the royals joined the owner's wife, son, and daughter at the tribute site, where the duchess was seen adding her own bouquet to the huge number of flowers already laid by the club's supporters. They also met volunteers, who helped to relocate the tributes, which were originally laid outside the stadium. On Twitter, Kensington Palace spoke of "the compassion that the people of Leicester have shown since the accident." See the photos of the royal tribute ahead.

The Royals
Kate Middleton Jokes That George Is Jealous of Louis's Green Thumb: "George Is a Little Grumpy"
by Kelsey Garcia 2 days ago