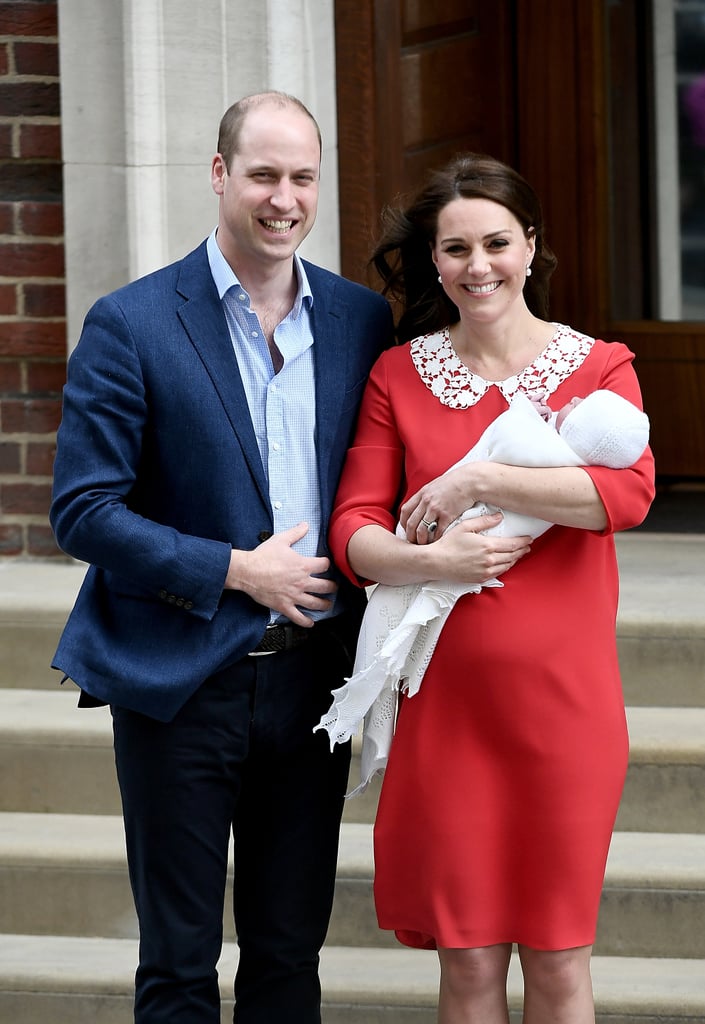 Prince William and Kate Middleton welcomed their third child, a baby boy named Prince Louis, on April 23, and it has us feeling super nostalgic. As the royal couple made their way out of the Lindo Wing of St. Mary's Hospital to debut their latest addition, we couldn't help but get major déjà vu from Prince George and Princess Charlotte's royal births on July 22, 2013, and May 2, 2015, respectively. From Kate and Will waving to the crowd to the close-up of the newborn, look back at how Louis's birth compares to his older siblings' births.