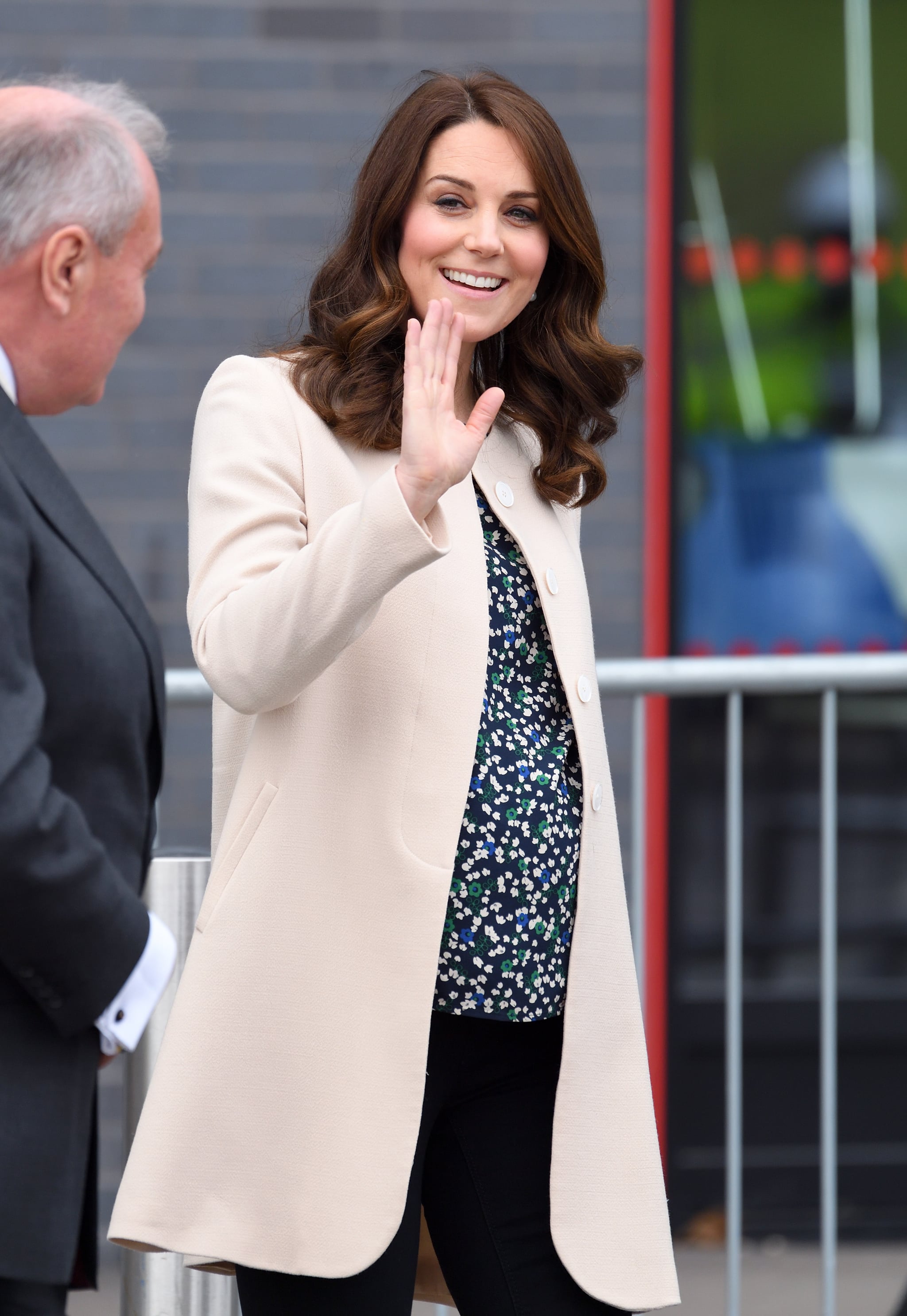 Gather 'round, ladies and gentlemen, there's a royal baby on the way! Kate Middleton may not be due with her third child until mid-April, but St. Mary's Hospital is getting a head start on things and making sure the Lindo Wing is in tiptop shape for the baby's arrival. According to People, who spotted a royal fan's photo on Instagram, the railings outside the area where the royal family will pose for photos with the newborn baby are getting a fresh paint job — "indicating that the royal baby's arrival is imminent."

"ROYAL BABY ALERT," the fan captioned the photo below. "THE RAILINGS OUTSIDE THE LINDO WING ARE BEING PAINTED! IT'S HAPPENING GUYS!" It was on those same steps that Prince William and Kate posed for photos after welcoming Prince George in 2013 and Princess Charlotte in 2015.

Related:
Everything We Know So Far About Kate Middleton and Prince William's Third Baby

Based on the comments on the photo, the red paint is a primer for the black paint, which is to ensure a shiny glow in the highly anticipated photos. While the paint is a valid hint that the baby is coming soon, the real tell-tale sign will be when the hospital bans parking in front of the Lindo Wing for a specific period of time. One user explained, "Only when the bars are put on in front of the door of the hospital with a sign saying no parking. For George and Charlotte they had a [sign] saying no parking allowed with the weeks of when it is forbidden."

Between Prince Harry and Meghan Markle's wedding on May 19 and the future prince or princess arriving in April, we can't contain our excitement!