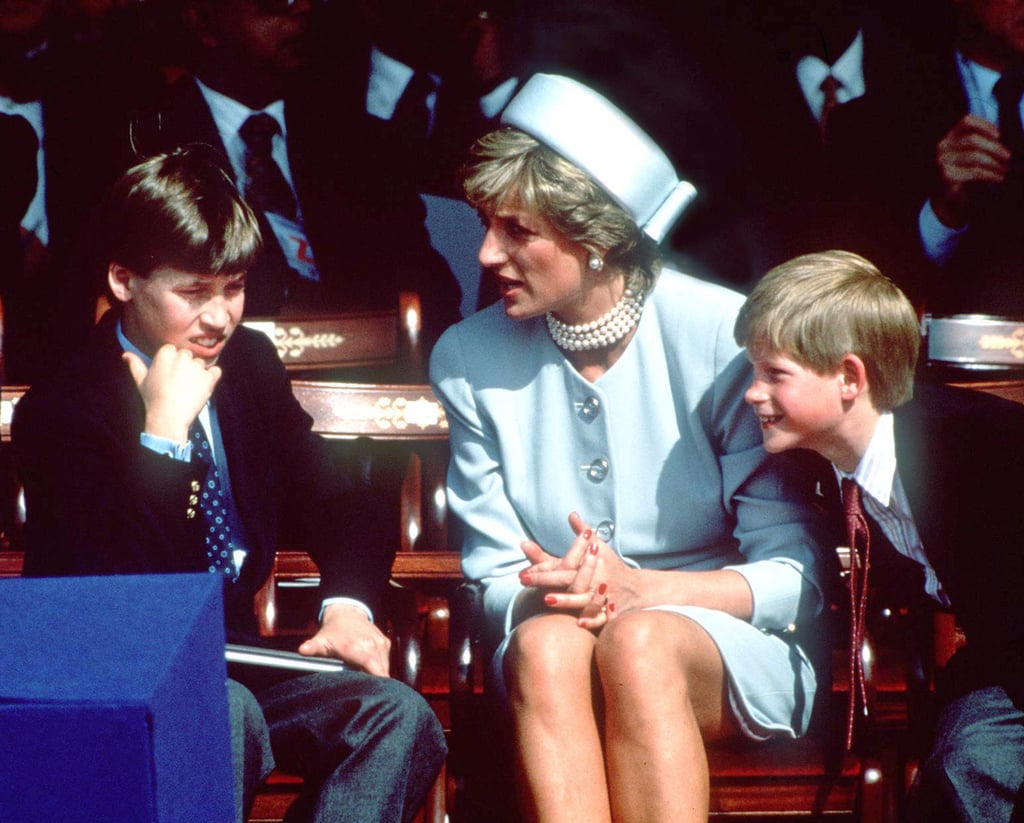 Prince George and Princess Charlotte have joined their parents, the Duke and Duchess of Cambridge, on their last two tours, which means they are very much following in the footsteps of their father, Prince William, and uncle, Prince Harry. It hadn't always been the case that royal parents would be accompanied by their offspring, and little princes and princesses would typically be left at home with their nannies, often for months at a time. However, when Princess Diana and Prince Charles were about to embark on a royal tour in 1983, Diana insisted they take their 9-month-old son William, and a new way of touring was born. From a young age, William and Harry accompanied their parents on many tours and engagements — here, we take a look at some of their best moments with their mom.