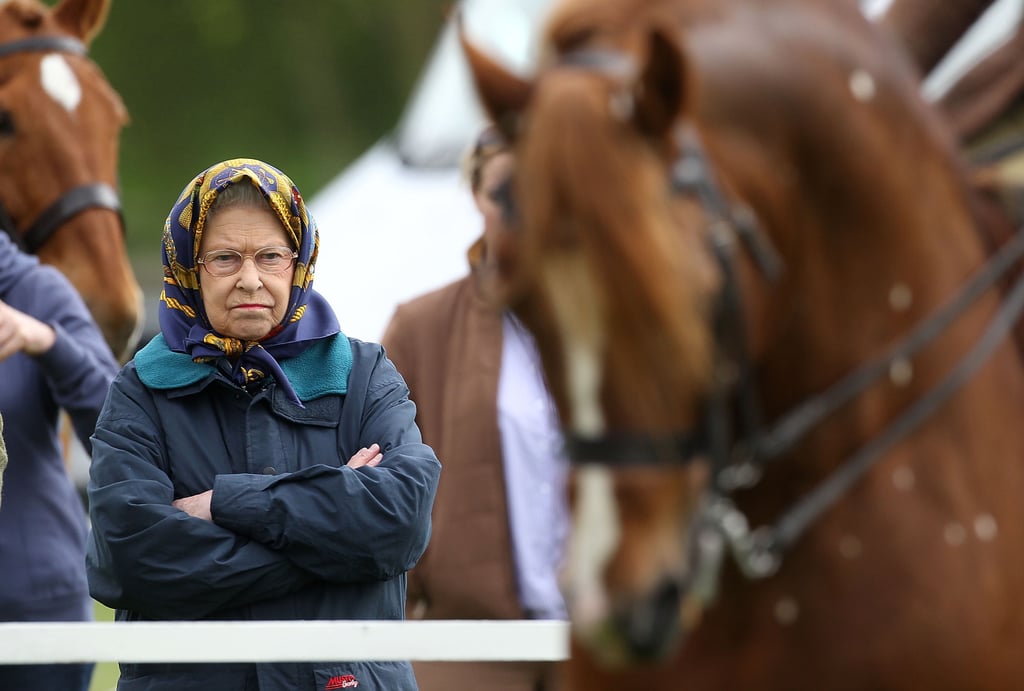 Queen Elizabeth II makes hundreds of public appearances each year, and she's been doing it for over 66 years — the longest of any British monarch. That's a whole lot of hand shaking and smiling for photo ops! Enough to make anyone, even the Queen of England, a little grumpy. Sure, she smiles kindly most of the time — and has some pretty hilarious expressions — but there are moments when her majesty just can't fake it with a sparkly grin. Can you blame her? I'd be frowning, too, if I still didn't get to retire at 93 years old. And based on her increased workload, she's not slowing down one bit. Which means there are likely even more unamused faces to come. Until then, take a look at her least thrilled looks from the past.