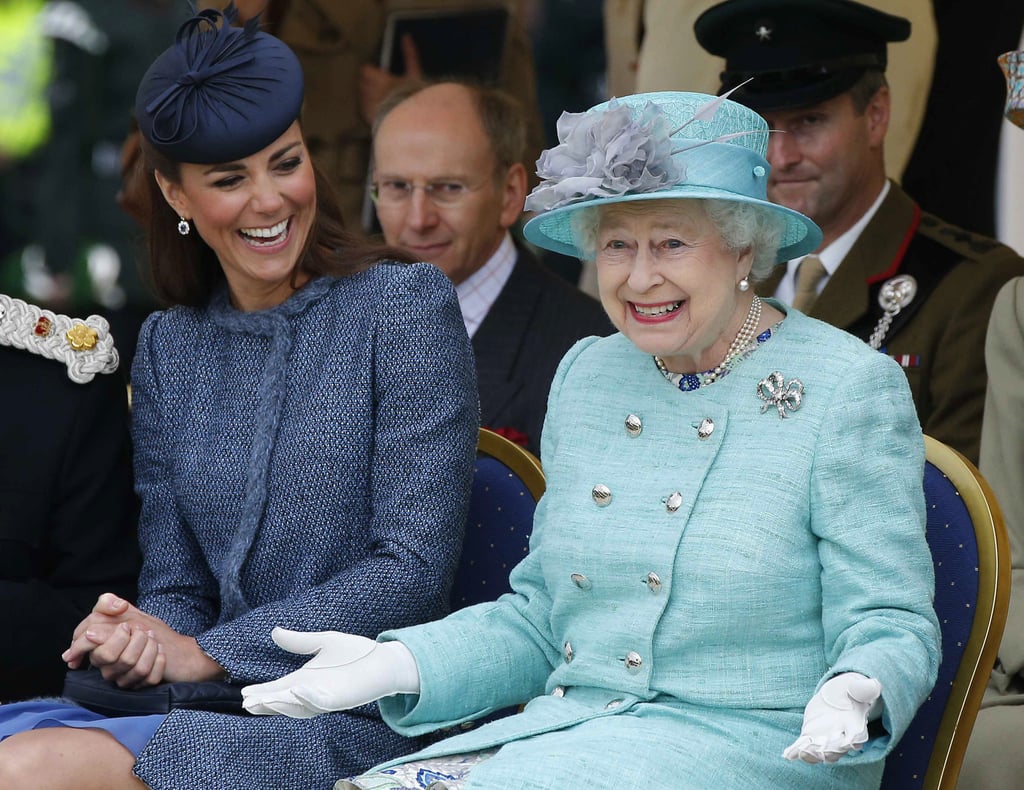 Michael Caine is at the Cannes Film Festival promoting his new film Youth, in which he plays a fictitious, aging composer who is asked to perform his most famous work for Queen Elizabeth and her husband, Prince Philip. Art imitates reality for Michael in one respect; he has met the queen on numerous occasions. Michael recounted two royal stories at a Wednesday press conference for his movie at Cannes. In the first, he emphasizes the queen's well-known reputation as a joke-lover:

"I was at a party with her once, and there was a very dull man on her other side. She eventually turned to me and said, 'Mister Caine, do you know any jokes?' I said, 'None that I could tell you!' She said, 'Well, while you're thinking about it, I'll tell you one.' So she told me a joke! The most annoying thing is that I can't remember what the joke was. She has got a great sense of humor."

That wasn't the only time Michael — excuse me, Sir Michael — rubbed shoulders with the queen. Her sense of humor was also in evidence on the day he was knighted.

"She knighted me once. You only get knighted once, and I nearly got into trouble there. She didn't say very much. She [only] said to me, 'I have a feeling you have been doing what you do for a very long time.' I almost said, 'And so have you.' But I thought, 'Michael, keep your mouth shut. You're about to lose your knighthood! You'll end up in a tower, beheaded!'"

He needn't have worried. It seems like the queen knows a joke when she hears one.