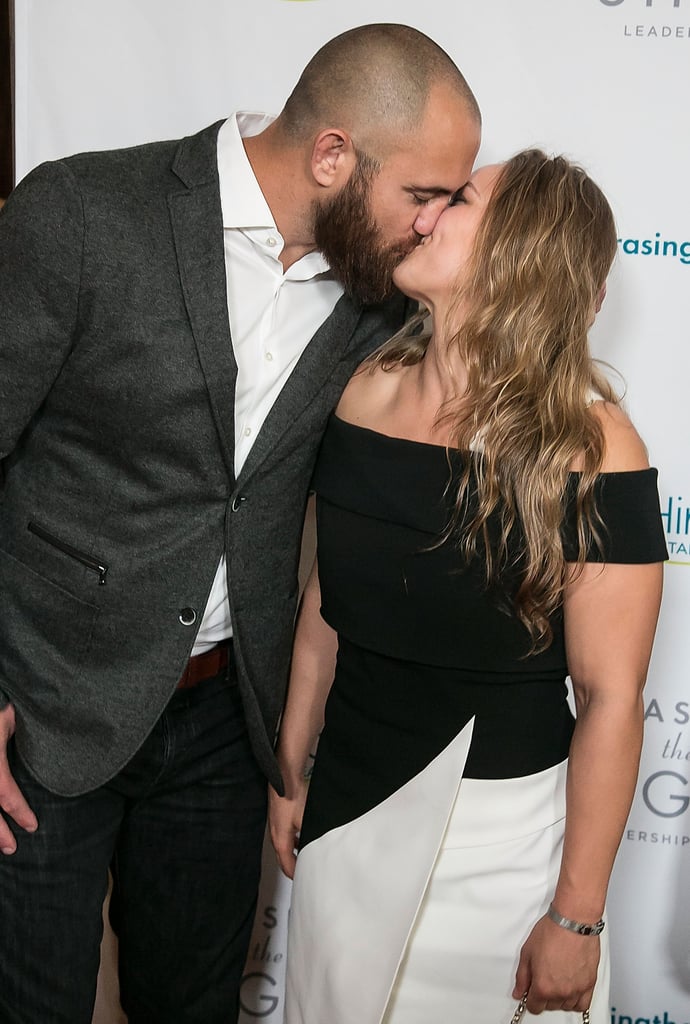 Ronda Rousey may have a tough-girl persona, but it seems to melt away whenever she's around her husband, MMA fighter Travis Browne. The two athletes first began dating in 2015 and recently tied the knot in a romantic beach ceremony in Hawaii. While they initially tried keeping their romance under wraps, Travis eventually confirmed their relationship on The MMA Hour, saying, "She's my woman and I am her man." Travis also couldn't help gushing about Ronda, calling her a "sweetheart" and "one of the hardest-working athletes that I've ever seen." Celebrate their nuptials with a look at some of their sweetest moments.

Kamala Harris
"You Are Never Alone": Kamala Harris Honors Her Divine Nine Sorority AKA in Heartfelt Post
by Chanel Vargas 1 day ago