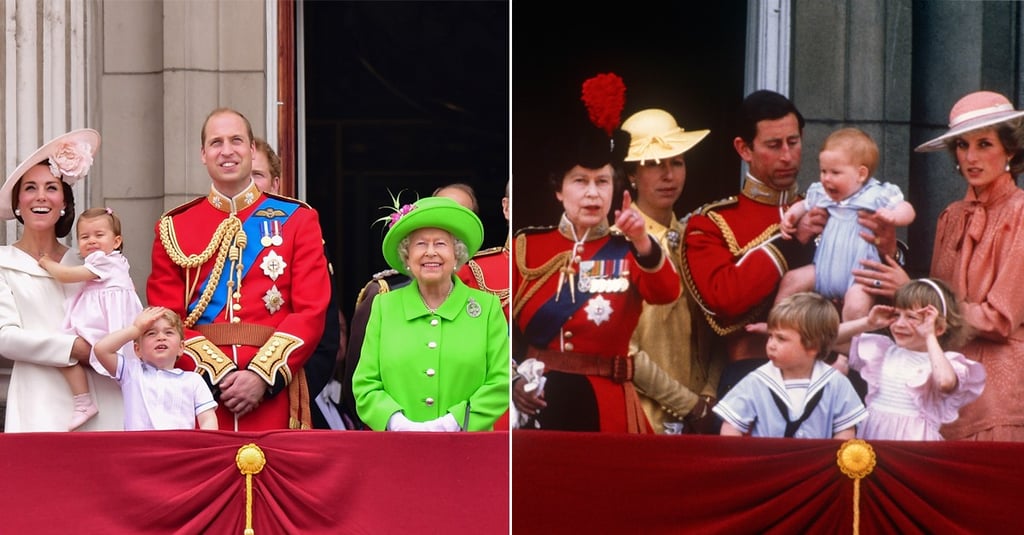 Every year, members of the extended royal family gather at Buckingham Palace for the traditional Trooping the Colour ceremony. The event, which sees members of the British and Commonwealth armies parade for inspection, used to be purely a military ceremony, but since 1748, it has also celebrated the monarch's official birthday. It's an opportunity for the queen's children, grandchildren, cousins, nieces, and nephews to come together. Over the years, new generations have swelled the ranks, and this year, the balcony was more packed than ever, with the addition of Meghan Markle, now Duchess of Sussex.

Related:
The Real Reason the Queen Has 2 Birthdays

Taking a look back at previous Trooping the Colour ceremonies offers an incredible snapshot of how the royal family has grown and changed. From Prince William's first appearance — which was echoed years later when George made his debut — to bittersweet moments like the queen mother's final turn on the balcony, take a look back now as we open the royal archives to explore the last few decades of the queen's official birthday celebrations.