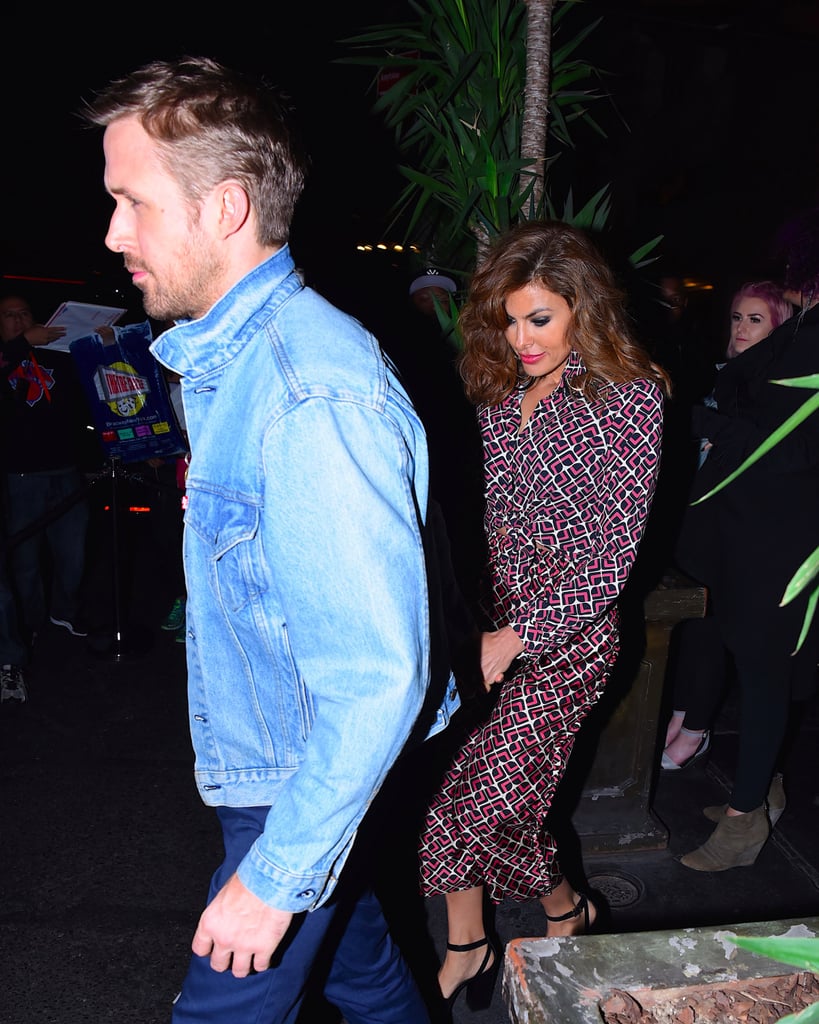 Ryan Gosling returned to Saturday Night Live last weekend to host the season 43 premiere and, as expected, he was adorable and hilarious. After he made fun of his La La Land character with Emma Stone and let Kate McKinnon stick her face in his butt, Ryan attended the show's after-party in New York City with his longtime girlfriend, Eva Mendes. The two, who are parents to daughters Esmeralda and Amada, are notoriously private about their romance and rarely step out together. But on Saturday, they treated fans to a little PDA by holding hands.

The season 43 premiere party was also packed with other A-list stars. The show's musical guest, JAY-Z, was also in attendance with wife Beyoncé, as was Scarlett Johansson and boyfriend Colin Jost. Leslie Jones, who is just as much of a fangirl as we are, snapped a few photos from inside the party. "Thanks for pic Queen B!! I was so nervous!!" she wrong alongside a snap of her and the "Sorry" singer. See more from the fun night below! 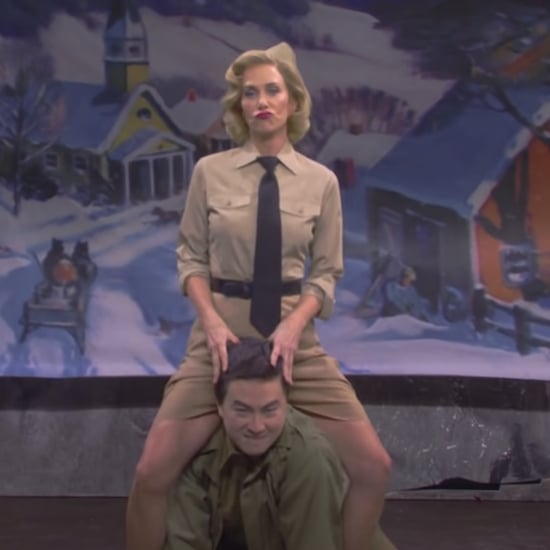 Saturday Night Live
This SNL Christmas Skit Is So Chaotic, Yet It All Works So Well
by Grayson Gilcrease 12/21/20 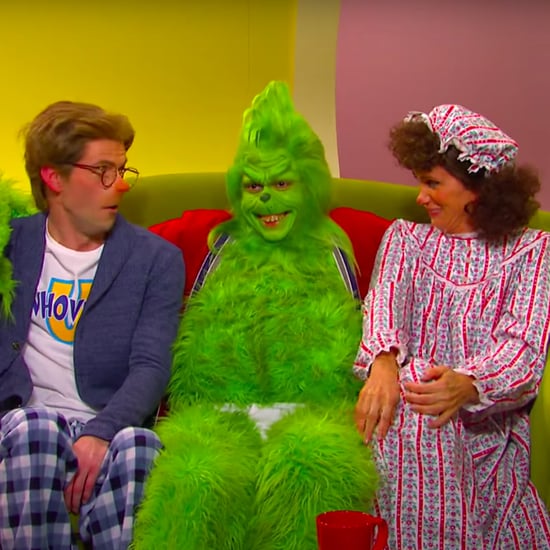 Dua Lipa
Dua Lipa Just Wore a Giant Feathered Hat on SNL, and Somehow Pulled It Off
by Nikita Charuza 12/20/20