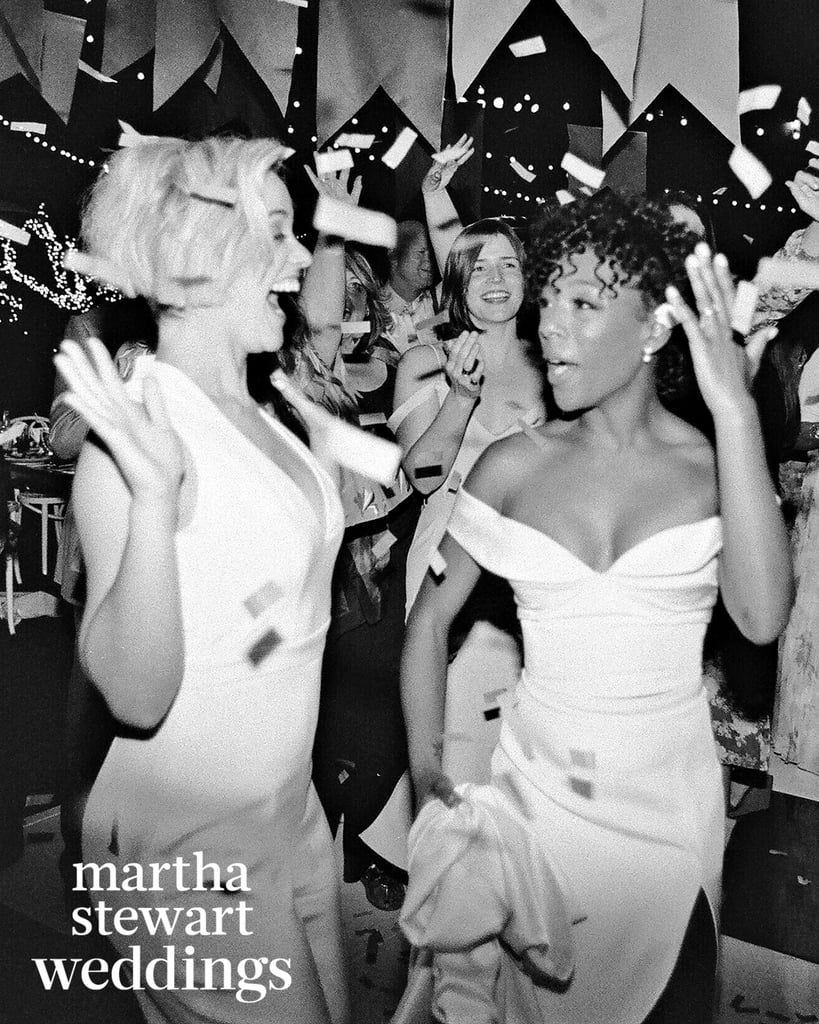 Samira Wiley and Lauren Morelli exchanged "I dos" in Palm Springs in March, and their nuptials were as stunning as you'd expect. The couple, who met on the set of Orange Is the New Black, both opted for stunning white outfits designed by Christian Siriano for the ceremony and later slipped into something a little more comfortable for the reception. The celebration began with an outdoor ceremony set to the tune of "This Is How We Do It" by Montell Jordan and was officiated by Samira's parents. It then continued with the newlyweds making a grand entrance at their reception with Justin Bieber's "Baby" playing in the background. The guests, which included fellow OITNB costar Danielle Brooks, who sang Sara Bareilles's "I Choose You," also munched on confetti wedding cake.

Related:
How Samira Wiley and Lauren Morelli Took Their Romance From the Slammer to the Aisle

Samira and Lauren first began dating in 2014 and got engaged back in October. In the February issue of Out magazine, Lauren revealed that she wanted to pop the question before one of their getaways so that they could use that time away to celebrate together. Check out their full wedding spread in Martha Stewart Weddings now.