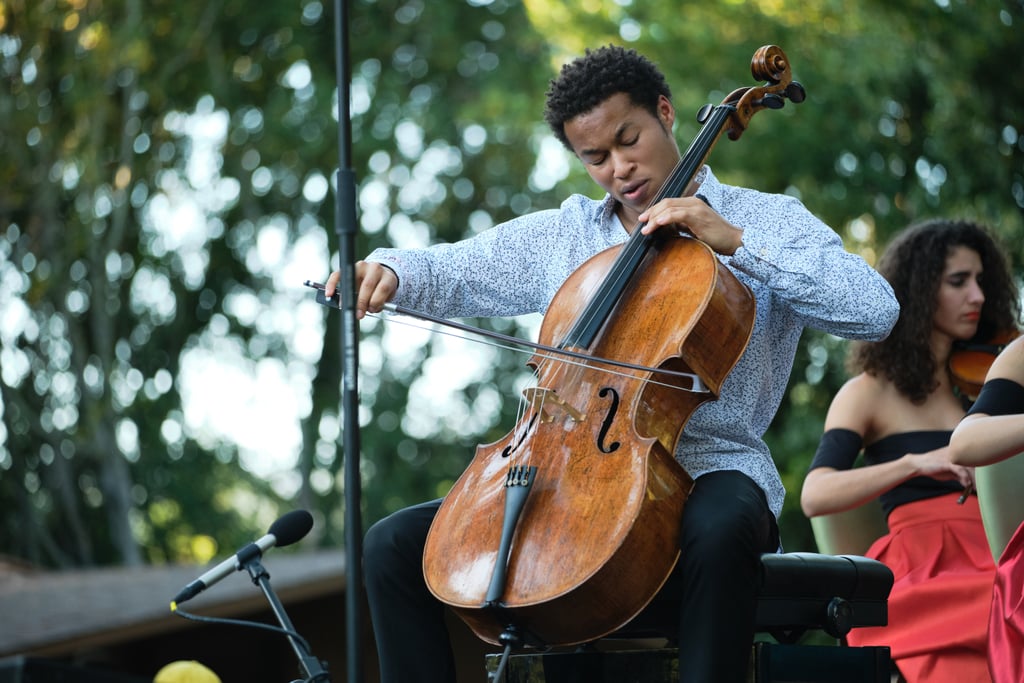 At just 20 years old, Sheku Kanneh-Mason is taking the world of classical music by storm! The British cellist (who's now often referred to as "Cello Bae") has quickly garnered worldwide praise and recognition after winning the 2016 BBC Young Musician competition, releasing his first album, Inspiration, and, of course, performing at Meghan Markle and Prince Harry's royal wedding in May 2018. I got the chance to chat with Sheku after his spectacular performance with the Havana Chamber Orchestra at Festival Napa Valley on July 13 — we talked about everything from the royal wedding to his latest album, and I can honestly say he's one of the sweetest, most down-to-earth people I've ever met.

Despite the fact that Sheku has become quite a celebrity in his own right, he's clearly unfazed by the fame and just truly enjoys doing what he does, which is playing the cello. "Classical music and the cello have always been a part of my life," Sheku said. "It's always been my goal to share it with as many people as I can." After speaking with him, I totally understand why Meghan and Harry selected him to perform at their wedding. Maybe he can perform at mine next? See what else Sheku had to say ahead!