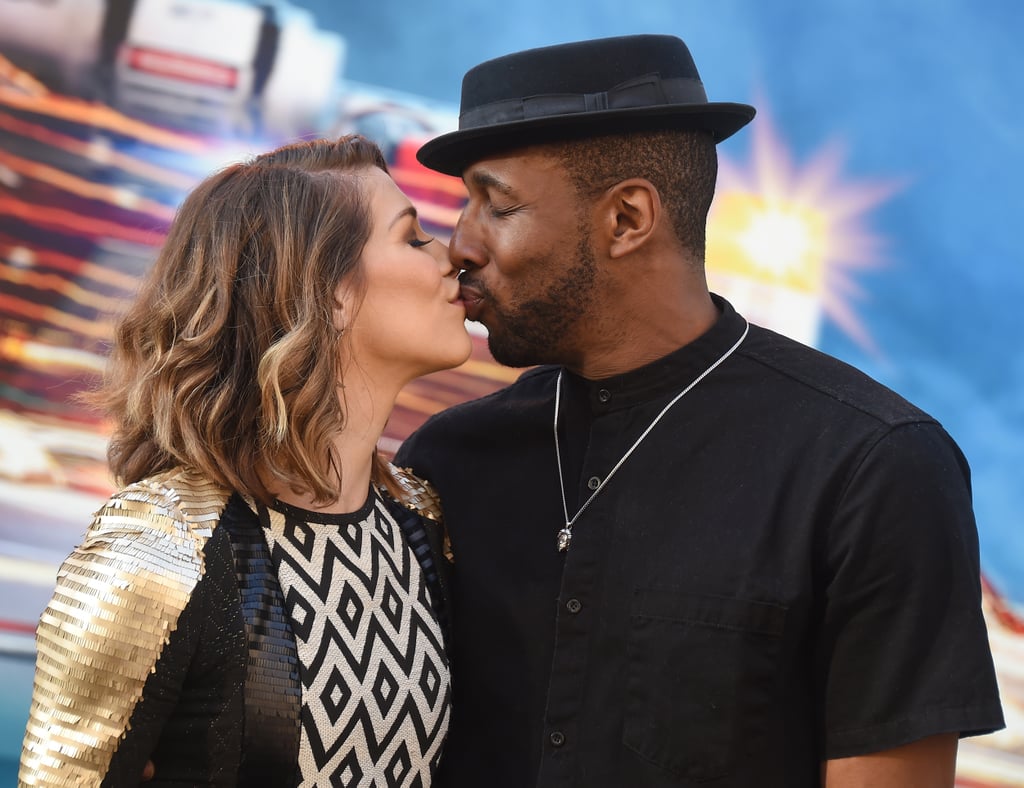 When it comes to cute dance couples, few can compete with Stephen "tWitch" Boss and Allison Holker. Today, Allison is known for being a pro on Dancing With the Stars and tWitch for being a dancer in Magic Mike XXL, but their love story actually started on season seven of So You Think You Can Dance, where they were both performing as all-stars. Even though they barely talked to each other the whole season, they eventually let their true feelings show during the wrap party when they danced the night away together. And from there, the rest is history!

While filming a commercial together in 2013 (which included dancing), tWitch surprised Allison by getting down on one knee and proposing. That December, they made their relationship official by getting married at SYTYCD creator Nigel Lythgoe's Villa San Juliette Vineyard and Winery in Paso Robles, CA. Together they have three children: Allison's 12-year-old daughter, Weslie, from a previous relationship, a son named Maddox Laurel, whom they welcomed in March 2016, and a daughter named Zaia, whom they welcomed in November 2019.

Their sweet love story aside, they are also adorable together. Whether they're sharing kisses or they're giving each other heart eyes on the red carpet, it's clear these two have a very special bond. Get ready to fall head over heels for their romance.