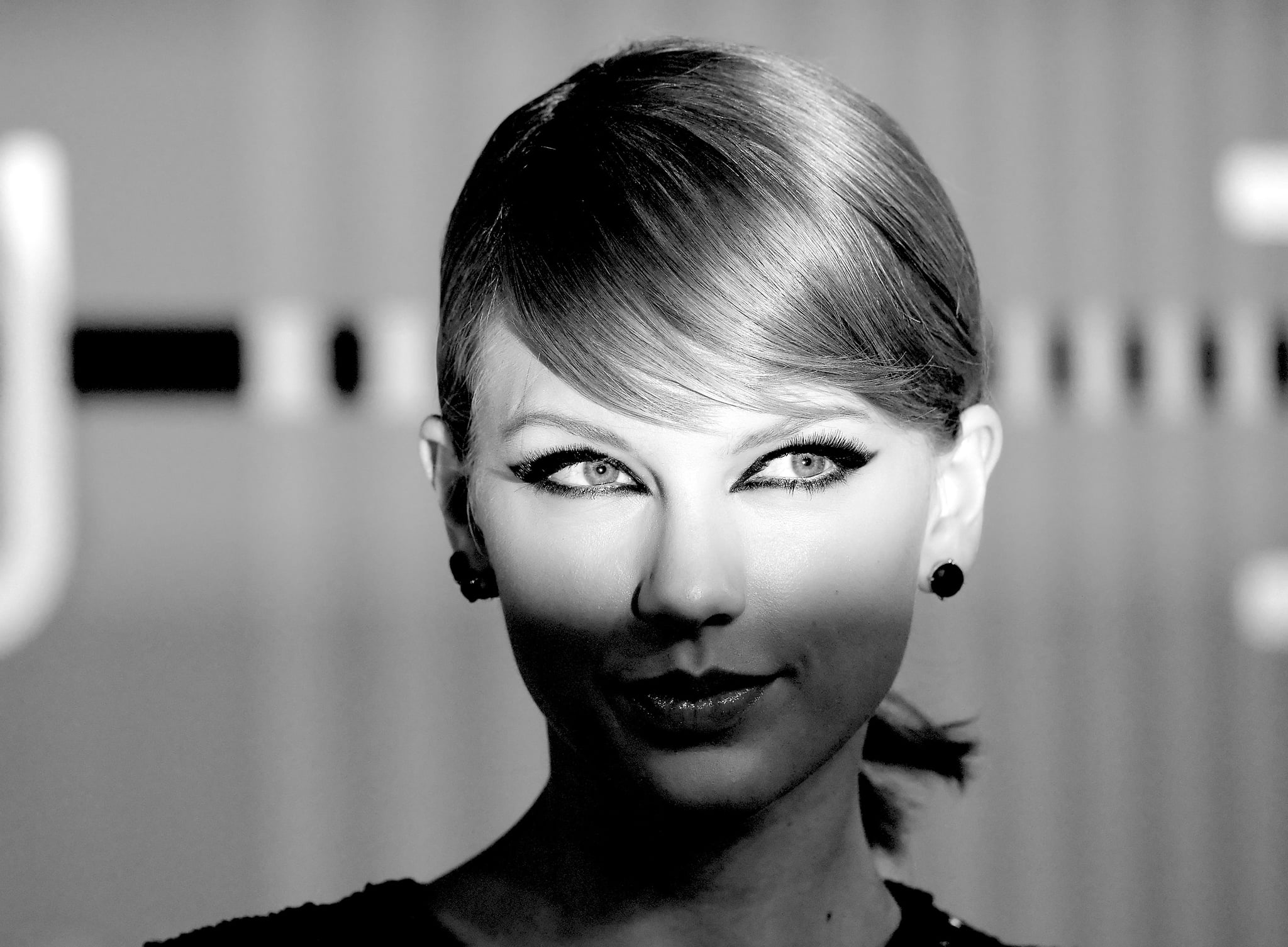 I think we can all agree that this hasn't been the easiest couple of months for Taylor Swift. From her nasty breakup with Calvin Harris, plus speculation that her new relationship with Tom Hiddleston is all for show, it seems like every week brings more drama for the "Bad Blood" singer. Most recently, Kim Kardashian leaked video footage that ultimately caught Taylor in a lie (the lie being that she did in fact receive a phone call from Kanye West about the lyric in his song "Famous"). I don't think that Kanye recording Taylor's phone call without her knowledge was the smartest decision (mostly because it's, um, kind of illegal), but when Taylor released a statement via Instagram in which she described being "falsely painted as a liar" as "character assassination," my eyes rolled. Hard.

Let me start by saying that as an artist, Taylor Swift is allowed to write and perform songs about anybody she wants. She has the right to express her creativity and communicate her feelings about certain situations, relationships, and people in whatever way she chooses — and doing so is arguably what has made her music so popular. So when someone who has risen to fame with thinly veiled songs about her ex-boyfriends, the women they go on to date after her, and a singer who hired the same backup dancers she did declares that her good name is being slandered, it reeks of pietism. Character assassination is defined as an attempt to tarnish a person's reputation or destroy public confidence in them. The practice may involve spreading rumors, using innuendo, or spinning information that is technically true but deliberately presented in a misleading way or without necessary context. By this definition, yes, what Kim Kardashian did by revealing the video of Kanye and Taylor's phone call could be considered character assassination — but by this definition, so can many of Taylor's songs.

That moment when Kanye West secretly records your phone call, then Kim posts it on the Internet.

"Bad Blood," Taylor's most talked-about track from 1989, is about her longstanding feud with Katy Perry. "Still got scars on my back from your knife," she sings. "Did you think it all through? All these things will catch up to you." Was this song (not to mention the innuendo-filled video) not created to destroy Katy's reputation? Even Taylor's most recent ex, Calvin Harris, alluded to Taylor trying to "bury" Katy with the hit.

Katy's ex John Mayer collaborated with Taylor on the song "Half of My Heart" for his Battle Studies album in 2009, and a romance blossomed. After it fizzled, Taylor put pen to paper; not only did she title her 2010 song "Dear John," but the Speak Now tune also included lyrics like, "You are an expert at sorry and keeping lines blurry, never impressed by me acing your tests" and "Don't you think 19's too young to be played by your dark, twisted games?" Taylor's album sold over 4 million copies, and two years later, John opened up about being "really humiliated" by the song, telling Rolling Stone, "I never did anything to deserve that. It was a really lousy thing for her to do. I will say as a songwriter that I think it's kind of cheap songwriting." Sure, most people already considered John Mayer kind of a womanizer, but did he really deserve to be depicted as some sort of predator?

What Kim Kardashian did by revealing the video could be considered character assassination — but so can many of Taylor's songs.

Another one of Taylor's flames, actor Jake Gyllenhaal, is reported to be the inspiration for many of the songs on her 2012 album Red, especially "We Are Never Ever Getting Back Together" and "All Too Well." Between the lyrics, music videos, and liner notes from the album, fans have long speculated that Jake, his scarf, and an affinity for maple lattes and indie bands have a lot to do with its creation. It didn't take too long until Jake was portrayed as an insensitive heartbreaker who was "uncomfortable" with the publicity and attention he got for dating Taylor — despite being linked to stars like Reese Witherspoon and Kirsten Dunst in the past. Enter Harry Styles, who had a blink-and-you-missed-it romance with Taylor and inspired 1989's "Out of the Woods" and "Style." While the songs are sweet and relatable, they also paint Harry as a cheater; reports emerged that the One Direction member had a wandering eye, and after their breakup, Taylor began using a fake British accent while performing "We Are Never Ever Getting Back Together" — not because the song sounded better with it, but because she wanted us to know that Harry ruined their relationship (but was still in love with her), and now she had the upper hand (and the right to mock him on stage at major award shows).

The most damning of Taylor's songs, the one that is routinely brought up any time she purports to be a champion of other women or rages against slut shaming, is 2010's "Better Than Revenge." The track from her Speak Now album references her breakup with Joe Jonas — who had reportedly ended things in a brief phone call — but focuses on actress Camilla Belle, who dated Joe right after Taylor did. The lyrics? "She's not a saint, and she's not what you think. She's an actress, whoa. She's better known for the things that she does on the mattress, whoa." The day after Kim's video went viral, Camilla posted a cryptic quote to Instagram — and in 2015, after Taylor became embroiled in a social media scuffle with Nicki Minaj about MTV VMAs nominations, Camilla responded to Katy Perry's tweet questioning Taylor's comments about "pitting women against each other."

Taylor's claim of character assassination, while not completely unfounded, is still completely hypocritical. She has made a career out of low-key character assassination, from her song lyrics to her coded album liner notes. Her execution may not be as calculated as, say, recording a phone conversation, saving it for months, and posting it to Snapchat, but she has still affected people's reputations. From now on, John Mayer, Jake Gyllenhaal, and Harry Styles will always be the thoughtless men who broke Taylor Swift's heart; Camilla Belle will be forever known "for the things that she does on the mattress"; and no matter how many hit songs she releases, albums she sells, or tours she goes on, Katy Perry's legacy will always include being the inspiration for "Bad Blood."

Taylor is insanely talented, but she knows what she's doing — this is someone who proclaimed early on, "Every single one of the guys that I've written songs about has been tracked down on MySpace by my fans. I had the opportunity to be more general, but I chose not to. I like to have the last word." There's nothing wrong with wanting the last word, but if your musical catalog is full of songs about other people — especially other celebrities — you have to know that it may come back to you. During her conversation with Kanye, Taylor thanks the rapper multiple times for respecting her enough to let her know about the "Famous" lyric before it was released — a courtesy that I have to wonder whether she extended to any of the people whose characters she has assassinated over the years.

Celebrity Couples
Like Taylor Swift and Joe Alwyn, These 10 Couples Wrote Hit Songs Together
by Hedy Phillips 6 days ago