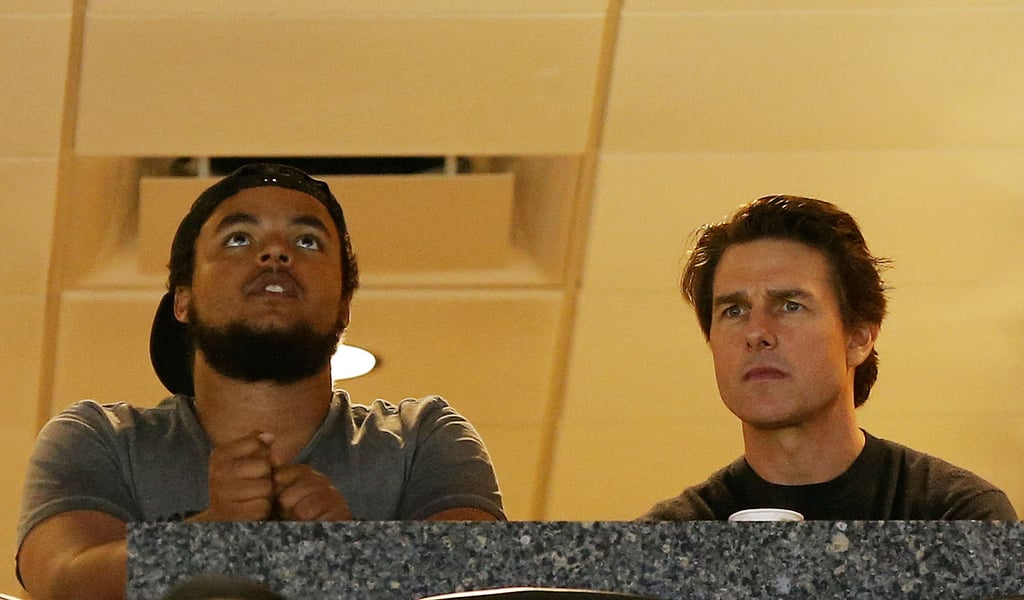 Tom Cruise experienced his own version of a full-court press on Sunday when he attended the NCAA Women's Final Four semifinal in Tampa, FL. The actor took his son, Connor, to watch the University of Connecticut Huskies take on the University of Maryland Terrapins, but quickly became the center of attention when he was featured on the leaderboard. The father-son duo, who have been enthusiastic sports fans in the past, looked relaxed while they watched the game from their suite. Tom, who's stayed mum on the recent release of HBO's Scientology documentary, Going Clear, was mobbed by (mostly) female fans inside the arena. The actor was spotted happily chatting with a large group of women with cameras on hand.

Celebrity Instagrams
Shawn Johnson's Husband Got a Haircut, and Their Baby Girl's Reaction Has Me Smiling So Big
by Chanel Vargas 17 hours ago

Jenna Dewan
Jenna Dewan and Steve Kazee Welcomed Their First Child Together, and He's Precious
by Karenna Meredith 3 weeks ago

Baby Names
Callum, Raddix, Isaiah, and the Other Names Celebrities Have Given Their New Babies in 2020
by Alessia Santoro 3 days ago