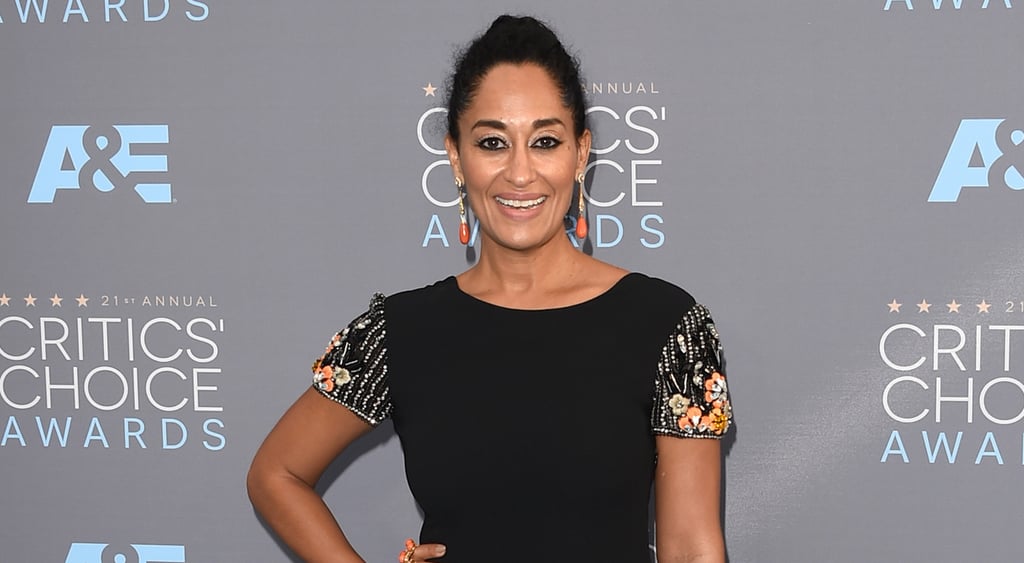 Tracee Ellis Ross attended the Critics' Choice Awards on Sunday, and while she was there she got pretty candid about the upcoming award season. While she was presenting the first award of the night with Anthony Anderson, she joked that only half of her could attend the Oscars as she was of mixed race. Obviously, the Black-ish actress was referring to the backlash that this year's nominees were significantly lacking people of color. Only she could point out a controversial issue with such sass. See the clip below!

Dua Lipa
Perhaps You Noticed Dua Lipa's Pearl Orb Choker Necklace? Everyone on TikTok Did Too
by Sarah Wasilak 23 hours ago