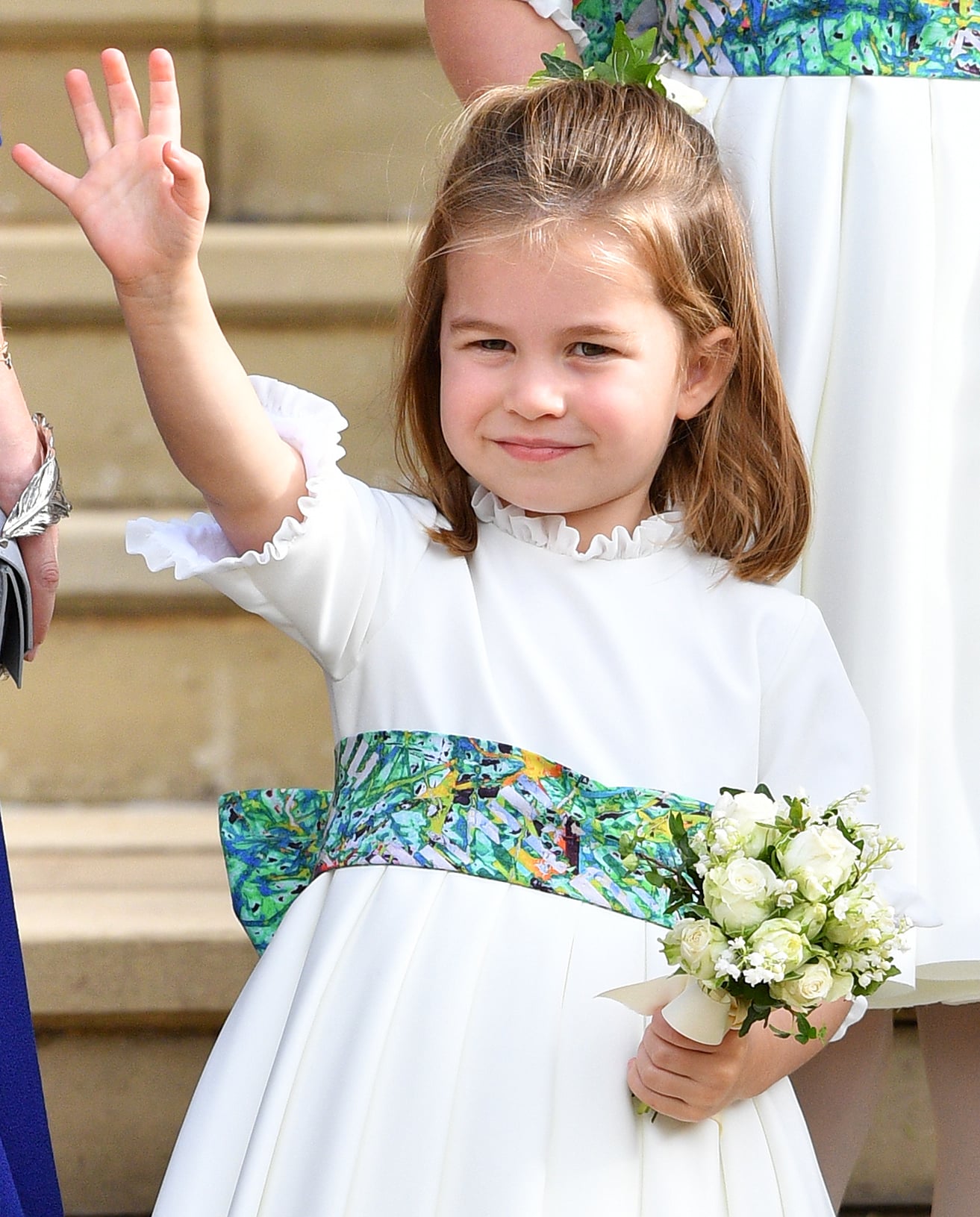 Anyone who has ever seen the Cambridge royal children in public knows they're all competing for the title of biggest ham — yes, even little Prince Louis tried his best to steal the spotlight at the 2019 Trooping the Colour ceremony. It's hard to say which child takes the crown when it comes to looking adorable for the cameras, but when will the children actually sport crowns? As third in the line of succession to the British throne, George will inevitably wear a crown of his own, but now that Charlotte is 4 years old, speculation has officially begun about the jewels she might wear one day.

According to London jewelry expert Geoffrey Munn, it might be a very long time before Charlotte steps out with a tiara, as tradition has it that a woman must be a bride or already married to wear one. As Munn explained to Town & Country, "The tiara has its roots in classical antiquity and was seen as an emblem of the loss of innocence to the crowning of love." However, as etiquette expert and former royal butler Grant Harrold clarified to Insider, tiaras are traditionally a sign of marriage, but there is an exception to the rule. "Single ladies don't typically wear tiaras," he said, "unless they are born into the Royal Family as a princess." Which, of course, means Charlotte could potentially wear a tiara before her wedding day.

Related:
20 Facts About Princess Charlotte That Will Make Her Your Favorite Royal

For Kate Middleton and Meghan Markle, who both inherited the title of princess, the first time they wore a tiara was on their wedding days. However, Princess Eugenie, who was born into royalty, was also not seen in public with a tiara until the day she tied the knot with Jack Brooksbank. Her older sister, Princess Beatrice, isn't married and has yet to wear a tiara.

But not all royal ladies have waited until their wedding day. For instance, the Princess Royal, Princess Anne, wore a tiara to the state opening of Parliament when she was just 17 years old. Then, in 1970, she again donned a tiara for a formal engagement during a royal tour in New Zealand, though she was still three years away from marrying Mark Phillips. Likewise, the queen's rebellious sister, Princess Margaret, is known to have worn tiaras throughout her life, even before marrying Antony Armstrong-Jones. Though it's almost certain that Charlotte will wear one when she walks down the aisle, time will tell whether she'll publicly debut one before that day.