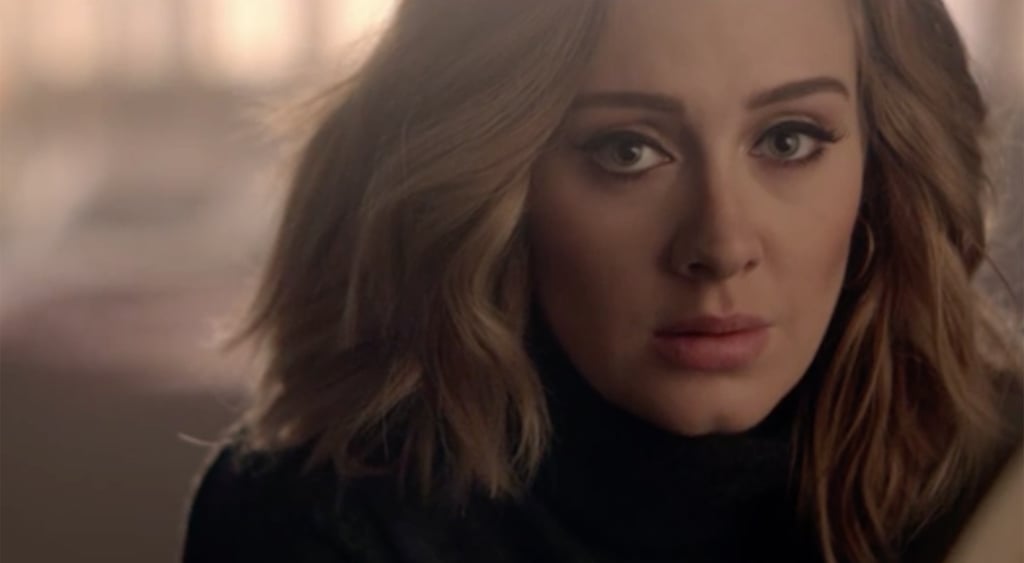 Adele's highly anticipated album, 25, has finally made its way into the world, and dedicated fans have surely already started to pour themselves into every gut-wrenching song and all the heartbreaking lyrics. While favorites are already being thrown around, there's one song that certainly deserves a few minutes in the spotlight. It's called "Remedy," and it somehow carries a different tone — it quite subtly seems to speak of a different kind of love. And that's because it's not about Adele's feelings for a former flame or current lover, but for her 3-year-old son, Angelo.

The first mention of the incredibly beautiful track actually landed in Adele's interview with the New York Times over a week ago. It happens to have been the springboard for the entirety of 25. Read the excerpt from the article below.

"When she tried to start the new album in 2013, Adele came up empty. 'I didn't have a subject,' she said. She was reluctant to write about her son. 'He's the love of my life and the light of my life, but he's no one else's apart from me and his dad. So no one else can really relate to that. Also, all my fans aren't parents, so they wouldn't want to listen to that.' [Producer and songwriter Ryan] Tedder had the word 'remedy,' some waltzing piano motifs, and the idea that the song might be about someone beloved; he looked to Adele for the rest. 'She immediately said, "This is about my kid,"' Mr. Tedder recalled. 'That unlocked the whole lyric. And it was done, written and recorded that day.'"

The real magic of the song is actually that it's easy to relate to, even for someone who's not a parent. The second verse is possibly the most expository moment in the song: "No river is too wide or too deep for me to swim to you / Come whatever, I'll be the shelter that won't let the rain come through / Your love it is my truth and I will always love you / Love you." The impulse is to assume that it would hard for a non-parent to know exactly how that love feels, but it's not for a couple of reasons. On one hand, it's easy to understand how that love might feel, even if it's never been felt. On the other, a child can arguably feel that their parent feels that love.

Take, for instance — and on a slightly personal note — James Taylor's "You've Got a Friend." My mother used to sing it to my brother and me every night before bed. The lyrics ring a similar bell: "You just call out my name / And you know where ever I am / I'll come running, to see you again / Winter, Spring, Summer, or Fall / All you have to do is call / And I'll be there, yeah yeah yeah / You've got a friend." Both songs offer this sense of security, consistency, and permanence, and there's a noted power in that. While I didn't necessarily know how it felt to feel that way, I understood the words she was singing to me. And they sunk into my skin, and they've stayed there ever since.

To take it even further, to dig underneath Adele's love for her child, there's something else in the song that resonates within every soul: the pain. In the robust chorus, Adele croons, "When the pain cuts you deep / And when the night keeps you from sleeping / Just look and you will see / I will be your remedy / When the world seems so cruel / And your heart makes you feel like a fool / I promise you will see / That I will be / Your remedy." The pain here is so transparent, it transcends the impending "phantom" pain that she hopes to take away from her child one day. That's because it's pain she once felt; it's all the heartbreaks and failures and loss she's already experienced in her own life. She knows how hard it can be, and she's got the scars to prove it. That's where the core of the whole song rests. A mother will do anything to take away her child's pain.

Listen to "Remedy" on iTunes now.