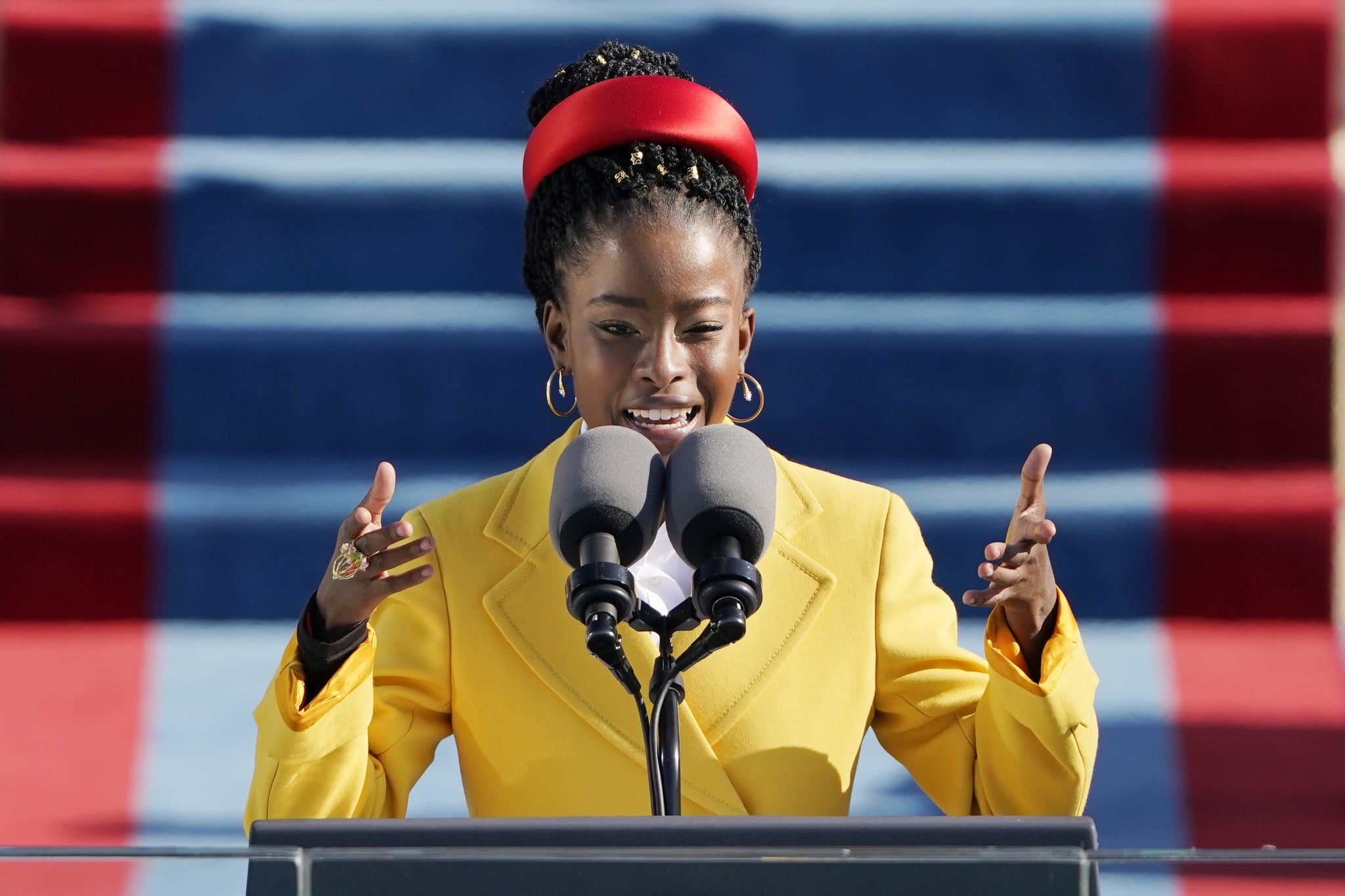 Amanda Gorman is opening up about her recent experience with racial profiling. On Friday, the 22-year-old poet who made history at the Inauguration Day ceremony tweeted about being "tailed" by a security guard on her walk home. "He demanded if I lived there because 'you look suspicious,'" she wrote. "I showed my keys & buzzed myself into my building. He left, no apology. This is the reality of black girls: One day you're called an icon, the next day, a threat."

Ever since her poetry reading at Joe Biden and Kamala Harris's inauguration, Amanda has made major headlines for her work and powerful words. In addition to inspiring us with her poetry, she has appeared on Time magazine, has signed to IMG Models, and performed a reading at the Super Bowl. She is also set to release her first children's book in September.

In the same Twitter thread, Amanda linked to a previous tweet of hers, in which she praised the Washington Post for highlighting "a contradictory society that can celebrate a black girl poet & also pepper spray a 9 yr old." "Yes see me, but also see all other black girls who've been made invisible," she wrote at the time. "I can not, will not, rise alone."

The poet ended her thread by reflecting on the security guard who racially profiled her. "In a sense, he was right," she said. "I AM A THREAT: a threat to injustice, to inequality, to ignorance. Anyone who speaks the truth and walks with hope is an obvious and fatal danger to the powers that be."