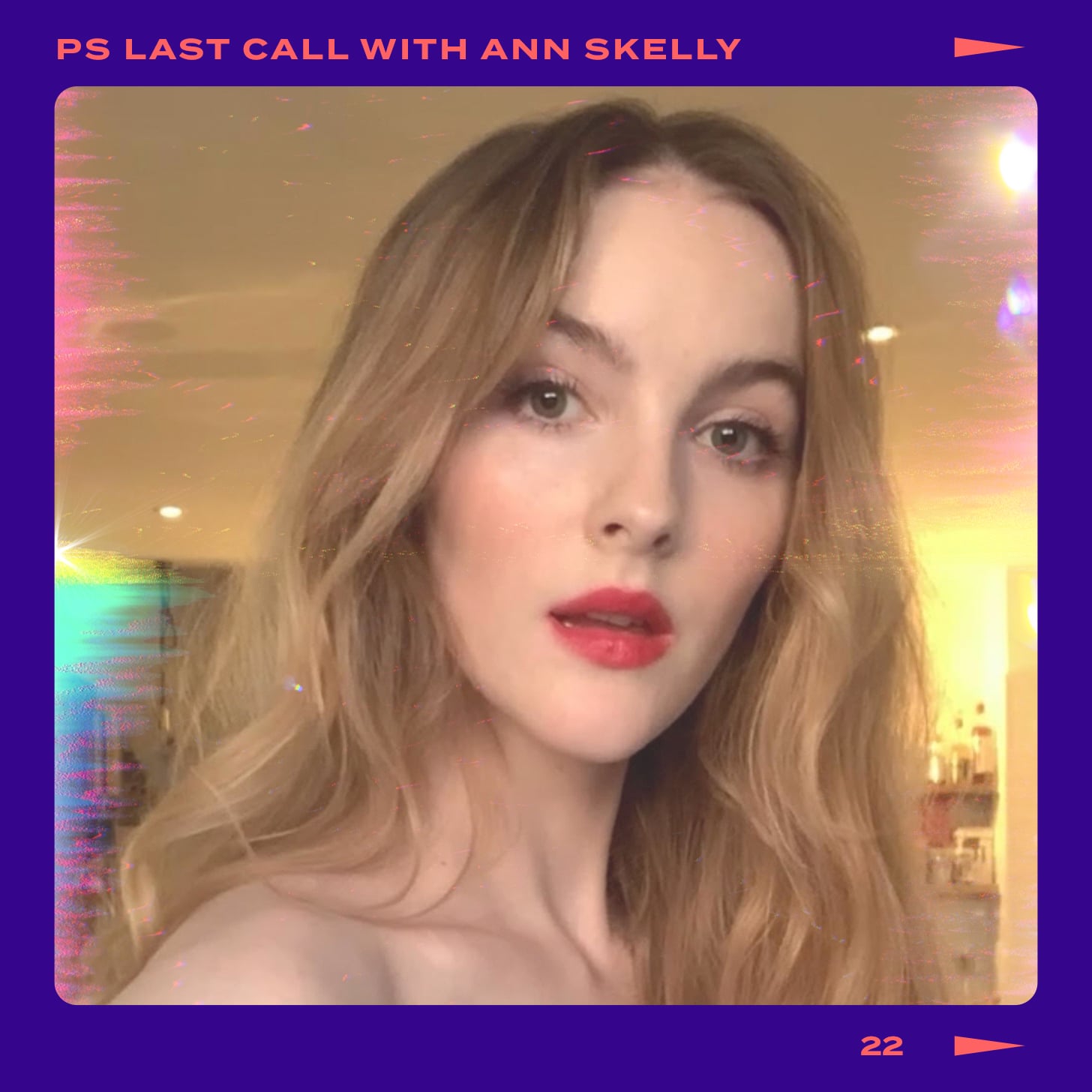 In our Q&A series Last Call, we get down to the bottom of every last thing with some of our favorite celebs — from the last time they were starstruck to the last song they listened to. This week, Ann Skelly takes our call.

Ann Skelly has made a name for herself with dramatic roles on Red Rock, Vikings, Kissing Candice, and Rose Plays Julie. Now with The Nevers, the 24-year-old Irish actor is getting to test her comedic chops as inventor Penance Adair. Set in Victorian London, the HBO series follows a group of women three years after a mysterious event gave them all unique abilities. Now known as "the touched," the group have to deal with their newfound powers as they ward off enemies all the while trying to fit into society. Just when things start to look up, their world is shaken to its core by an unexpected betrayal and murder.

Despite The Nevers being a sci-fi drama, Penance adds some much-needed comedic relief. It's this lightheartedness that first drew Ann to the role. "I've not really had the opportunity to even audition for more comedic parts or parts that are lighter in mindset," Ann told POPSUGAR. "She's so different to anyone I've ever played before."

Just because Ann plays Penance, however, doesn't mean she'd necessarily want the power to invent. If she were one of the touched, she'd want something a little more practical. "I'd like Myrtle's skill, to be honest. I would love to be able to speak loads of different languages, but obviously, she can't control it," Ann said. She was also interested in Horatio's ability to heal, although that was more because it reminded her of a different show she happens to love. "I'd like to heal people because I really liked the show Avatar: The Last Airbender. Especially the water bender character Katara, who would heal people with her watery healing powers."

"I'd like to heal people because I really liked the show Avatar: The Last Airbender.

Also, fans of the budding romance between Penance and Augustus Bidlow will be happy to know Ann is on their side. "I think Penance would be very good for him, but I suppose the question is what would he bring out in her? We don't know yet. However, I do ship them, I do. I also really like working with Tom [Riley]," she said.

Tom isn't the only one Ann has enjoyed working with, as the cast have gotten quite close. They even have a group chat. The cast's chemistry is clear on screen, and with only two more episodes left in the first part of the season, we're that much closer to seeing where their stories are headed. Luckily, episode six is the one Ann is most excited for viewers to see. "All the mysteries and questions of people's past and what it all means gets wrapped up really nicely. I've not seen what they've done with episode six done before in shows, so I'm hoping it'll answer a lot of questions and be very satisfying."

Ahead of The Nevers' part one finale on May 16, we chatted with Ann about everything from her last day on set to the last thing on her camera roll. You might also want to save her hack for purchasing audiobooks. 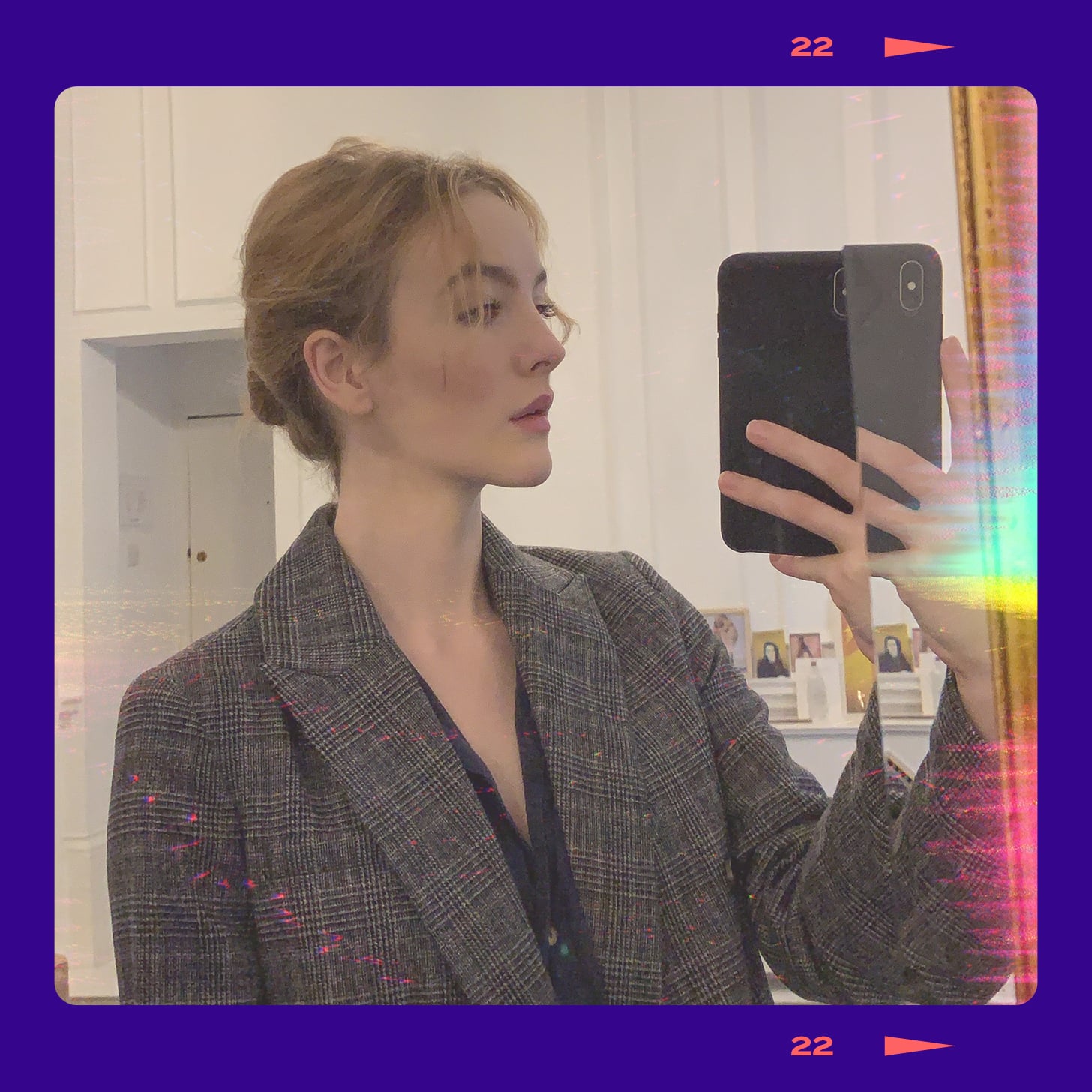 What was your last day on set of The Nevers like?

We were refilming a scene from episode four, me and Laura [Donnelly] was, and I can't really say what we were filming, but it was the day that we found out [Joe] Biden got in and [Donald] Trump was out. So the last day of The Nevers felt quite momentous.

Gosh, I don't know. Advice? Maybe doing my taxes on time? Like keeping them up month by month. Is that terrible? Should I have said something more philosophical?

Someone who is very starry and dazzling. I don't know, maybe meeting Eleanor Tomlinson? And maybe James Norton as well, because I've got so many friends who are very obsessed with them. So, just knowing that they were brilliant actors, I was kind of like, "Oh sh*t."

What's the last show you binge-watched?

I just binge-watched It's a Sin. I think that was the last one. I kind of threw it on. Because I said, "Oh look, everyone's smiling in the picture. This will be a light, educational watch." And yes, six episodes later, I was just . . . you know when your eyes and entire face is swollen because so much saltwater has poured from every orifice in your head? That's what happened.

What's the last thing that made you go, "Thank god this exists"?

This is so boring, but restaurants. Recently I've been like, "Who decided to make this? This has actually saved me bum." Although is that really an invention? I don't know. 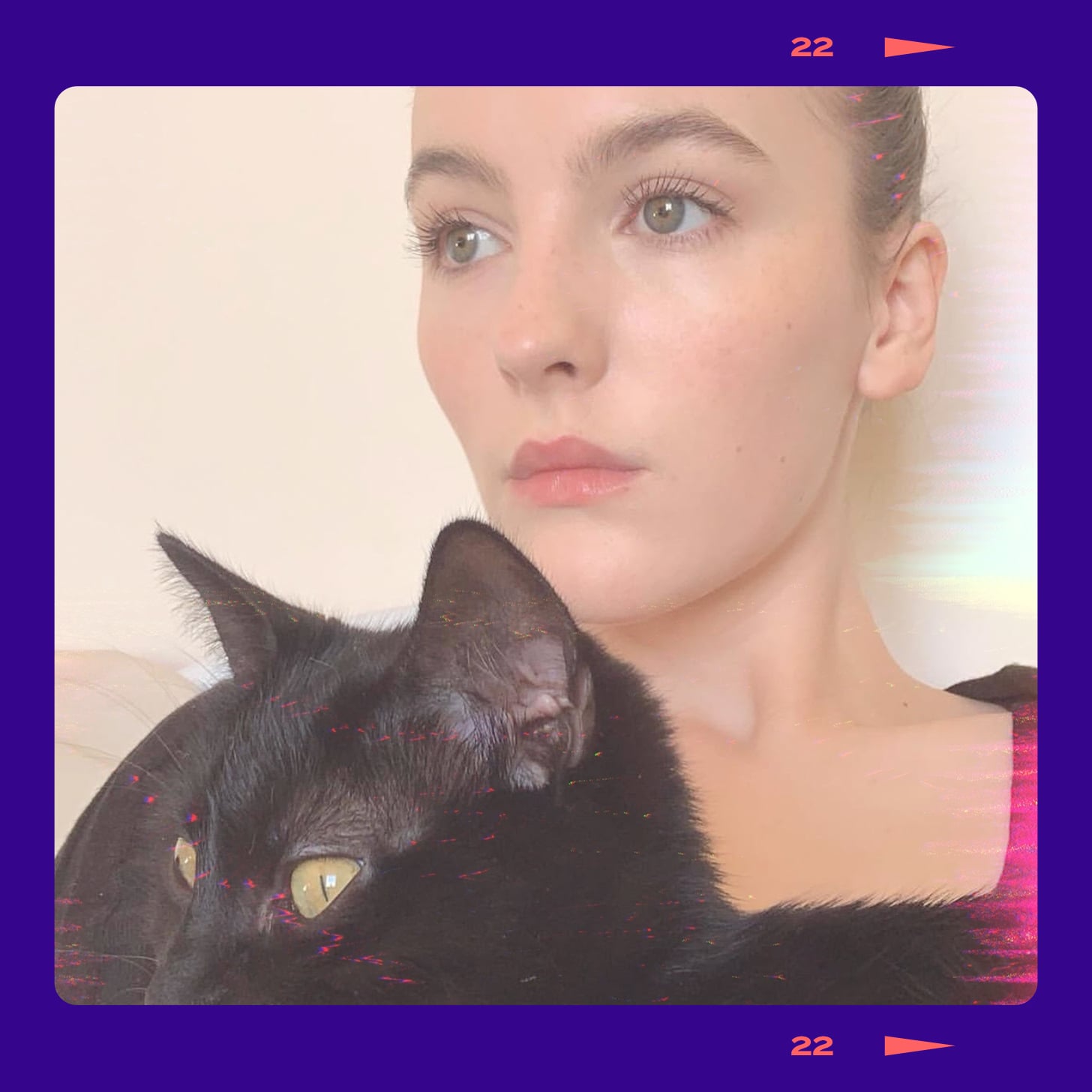 What's the last song you listened to?

The last song I listened to might have been ABBA, is that terrible? "The Winner Takes It All," if that tells you where my mindset is at the moment.

I think it might've been The Lonely City. That or The God of Small Things, which is quite nice. But I think, yeah, The Lonely City. It kind of just explores loneliness through different artists of New York. Urban loneliness. So, relevant.

I texted my boyfriend a video of a cat meowing.

What's the last thing you did for self-care?

I got my hair done just now. That feels quite big.

The last thing I ordered online is terrible. I bought this big ice-cube maker, like one of those little ice-cube molds, from Amazon.

I turn on the fan because I need a lot of white noise in order to sleep in London apartments.

OK, I'll tell you that. It's a picture of a book because I went into Waterstones and I take pictures of the books so that I can buy them on audiobooks. It's called Survival of the Friendliest: Understanding Our Origins and Rediscovering Our Common Humanity by Bryan Hair and Vanessa Woods. 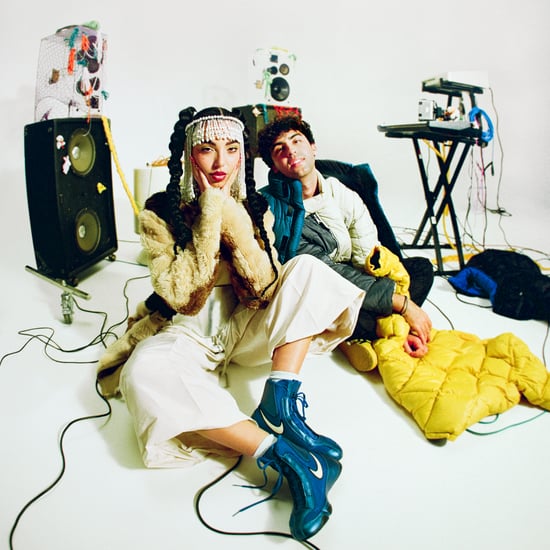 TV
Director Sharmeen Obaid-Chinoy Wanted to Bring the "Anguish" of Partition to "Ms. Marvel"
by Victoria Edel 6 days ago