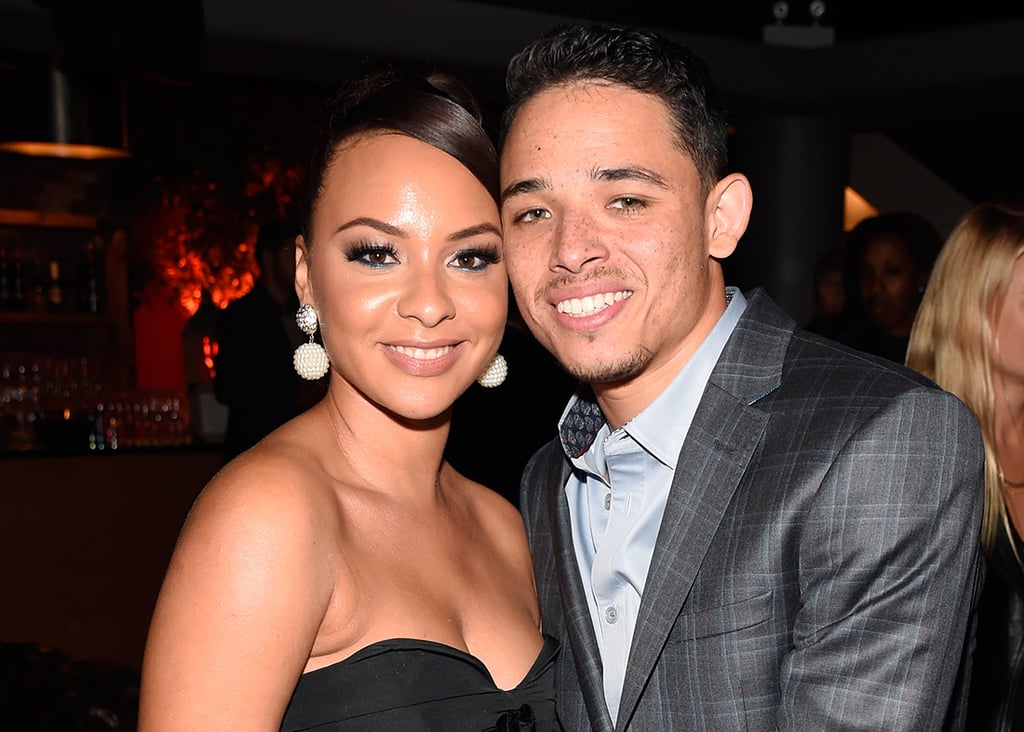 At one of the first table reads for Hamilton in 2015, Anthony Ramos couldn't keep his eyes off of Jasmine Cephas Jones, at least according to Lin-Manuel Miranda. From there, it didn't take long for the pair to start dating, even adding in a flirtation for their Hamilton characters John Laurens and Peggy Schuyler. Four years later, Anthony proposed to Jasmine in England in front of her mother, grandmother, and good friend Cynthia Erivo.

In an Instagram post about the proposal, Jasmine gushed about the exciting moment, telling Anthony, "I love you beyond words and am so excited to continue this awesome journey with you." And what an awesome journey the pair have had; from debuting on Broadway at the same time in Hamilton to appearing in music videos together and supporting each other throughout their respective careers, they've certainly made an impression. "Thank you for saying yes to writing stories together for the rest of our lives," Anthony previously captioned an Instagram post dedicated to Jasmine, "I'm honored and blessed to marry you."

Since their Hamilton days, the couple has been booked and busy. Anthony played Ally's best friend in A Star Is Born, Mars Blackmon on Netflix's She's Gotta Have It, Tony on Will & Grace, and most recently, Usnavi in the film adaptation of Lin-Manuel Miranda's In the Heights. Meanwhile, Jasmine has had roles in Blindspotting as Ashley, on Girls as Shopgirl, on Midnight, Texas as Addie Wigget, and as Chloe on Mrs. Fletcher. Keep reading to see some of their cutest moments.