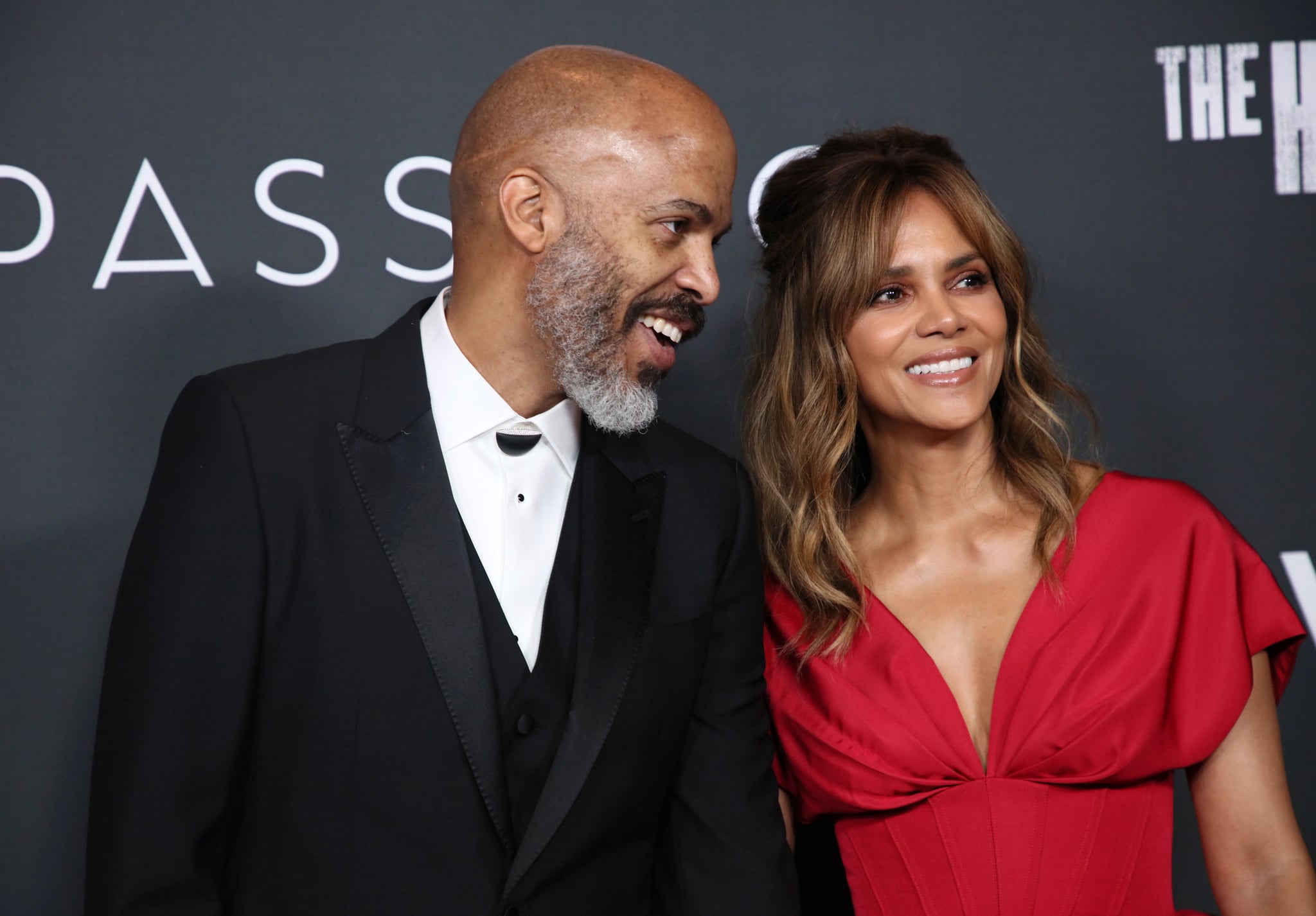 Halle Berry was head over heels for boyfriend Van Hunt before they'd even met in person. In an interview with "AARP," the actor explained, "Because of COVID, we spent four months talking on the phone. We were forced to only let our brains connect and discover if we had a connection before our bodies decided to get involved. I'd never done it this way." Berry and Hunt "talked for hours" and "never got tired." According to the "Bruised" star, "I fell in love with his mind, his conversation. . . . I really believe I've found my person. I fell in love with him before I even met him."

Their romance is something fans love to gush over. More importantly, their children love it. Berry is mother to 8-year-old son Maceo and 13-year-old daughter Nahla from previous relationships; Hunt is father to an adult-age son, Drake. While speaking with "AARP," Berry discussed how Hunt's relationship with Maceo has solidified. "My son, Maceo, of his own volition did this little commitment ceremony for us in the back seat of the car. I think he finally sees me happy, and it's infectious," she shared, adding, "It was a very real moment for all of us. I teared up, Van was fighting back tears. Even Maceo knew he'd said something poignant. It meant a lot to us."

Berry and Hunt have been romantically linked since September 2020, after they shared photos on Instagram gushing about one another. The Oscar winner and Grammy winner later made their red carpet debut at the 93rd Academy Awards in April 2021.

On New Year's Day, the couple sparked marriage rumors after Berry posted a photo of her and Hunt kissing in a chapel at the end of the aisle. "[W]ell…IT'S OFFICIAL!" she captioned the post. The "Catwoman" star later clarified that she and Hunt were just having "some New Year's Day fun" and had meant that it was officially 2022. "Thank you for the well wishes, tho', it really touched our hearts!" she wrote in a follow-up post. Berry further denied speculation during her appearance on "The Tonight Show Starring Jimmy Fallon" on Jan. 26. The actor explained that she and the musician had had "copious amounts of drinks at the bar" while vacationing with their friends, and that they'd stumbled upon the chapel on their way back to the hotel. They'd been hoping to "fool" Hunt's mom and had taken the joke a step further by posting it on Instagram. "Nobody got it," Berry continued, noting that she and Hunt felt like "assholes" afterward.