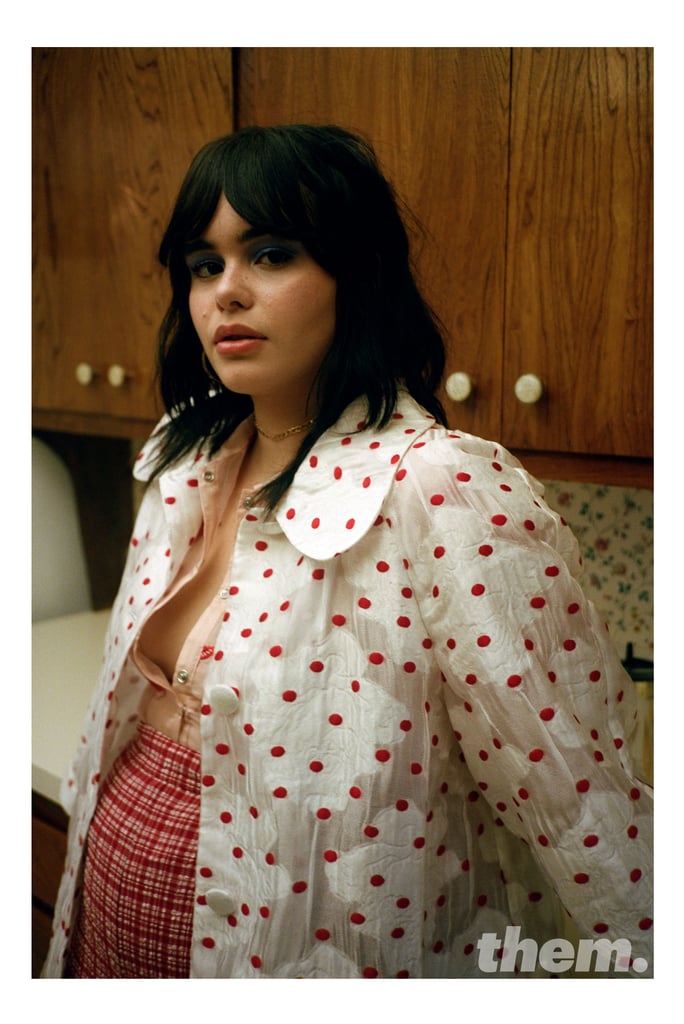 Barbie Ferreira is unapologetically herself, and we love her for it. The 22-year-old actress and curve model is featured in the Fall issue of them. magazine, where she opens up about everything from her character on Euphoria to self-love.

Barbie is making waves in Hollywood, thanks to her breakout role as Kat Hernandez in the HBO series. In the show, Kat undergoes a transformation to get in touch with her sexuality, and Barbie says playing Kat feels like she "won the lottery." "You don't get fat girl roles where you're allowed to explore sexuality, where you're not just the tragic, dowdy, chubby girl," she explained.

"[All my identities] are what make me Barbie."

Barbie recently told Out magazine that she identifies as queer; however, she doesn't want to just be known for one thing. "Everyone has so many facets of their identity and so many things that influence the way you make decisions," she said. "It's hard to just talk about one thing all the time. I'm feeling really great about maybe not ever having to talk about my body like that anymore, or having to market my body as my only thing. I don't want it to happen again with my sexuality. I love being queer. I love being fat. I love being Brazilian. I love being from New York. [All my identities] are what make me Barbie."

As a body-diversity advocate, Barbie also believes in spreading self-love. "When you find someone who really makes you feel good, you have this need to tell them," she explained. "I'll read an article or watch a movie or watch a show and feel really compelled — especially with cool fat girls that I find — to be like, you make me feel good about myself, and you are incredible; keep doing what you're doing."

For Barbie's full interview, check out them. magazine.