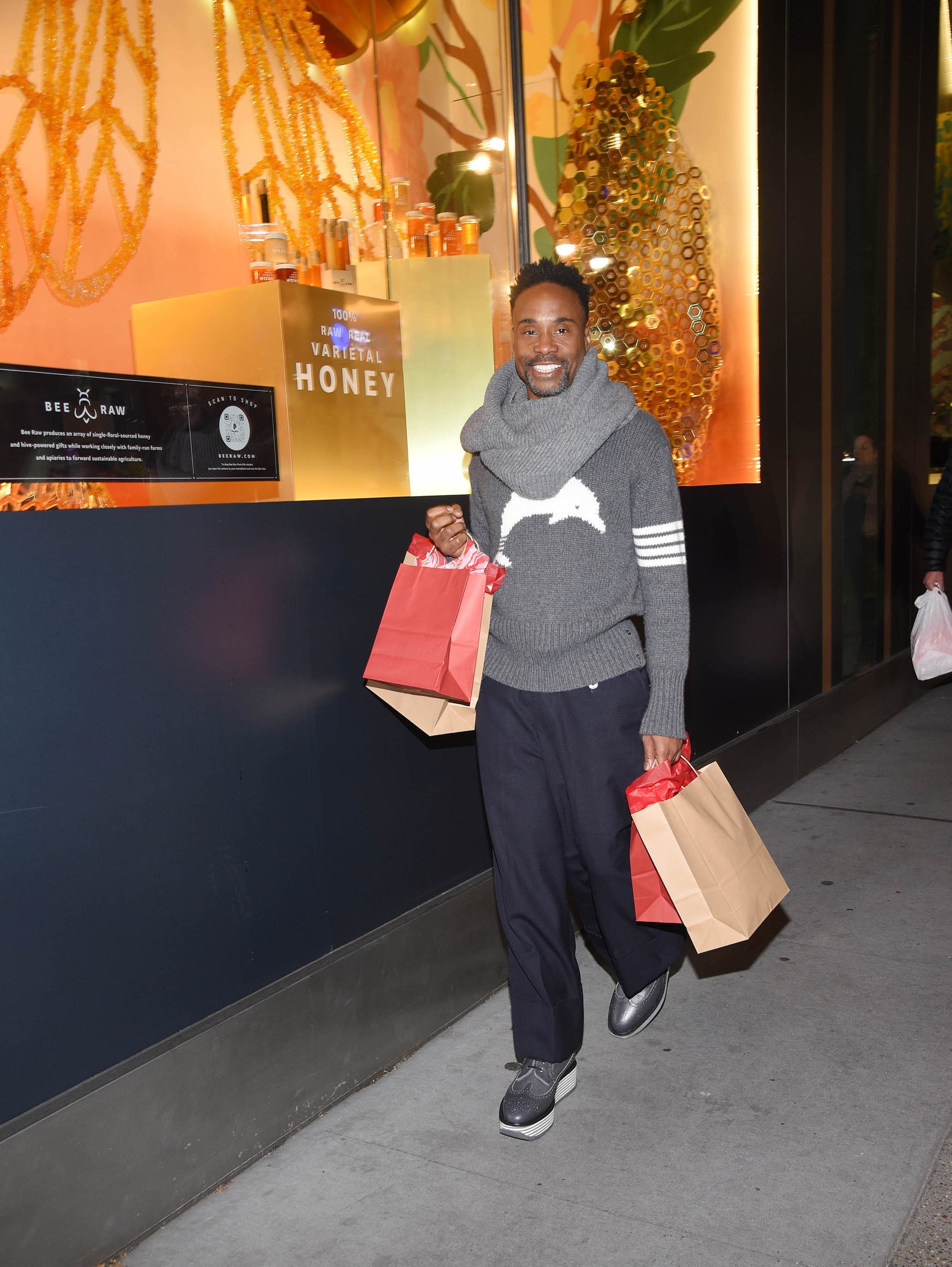 For Pose star and singer Billy Porter, having a philanthropic mentality isn't seasonal; it's just how he lives his life. So when PayPal called the 50-year-old actor to partner for their GivingTuesday campaign, it was a perfect collaboration. The initiative, which started in 2012, encourages PayPal users to donate money to some of their favorite charities — including the American Cancer Society, Save the Children, and Heifer International — on the Tuesday after Thanksgiving. However, this year, PayPal is highlighting the importance of giving beyond the holidays. "They're reframing the brand as a way of life; not just a day, not just a season, but a way of life," Billy told POPSUGAR over the phone on Dec. 13. "It's important to always give and pay it forward."

The company's team-up with Billy combined with its emphasis on continual altruism seems to have made an impact. This past Giving Tuesday, which took place on Dec. 3, PayPal customers donated over $106 million to charitable organizations — a record-breaking amount that Billy believes will "make the world a better place." He'd know a thing or two about galvanization through donation and activism, considering his own humanitarian efforts. "I give to Broadway Cares/Equity Fights AIDS, the HRC (Human Rights Campaign), GLAAD (Gay and Lesbian Alliance Against Defamation), Planned Parenthood — lots of organizations," he said.

Still, the Emmy winner recognizes that nonmonetary benefaction is just as significant. "Sometimes it's about showing up and being present — giving your time and energy," he added. And it's safe to say that he practices what he preaches. Within the past month alone, he's performed at Cyndi Lauper and Friends: Home For the Holidays Benefit — which supports True Colors United's goal to empower young homeless LGBTQ+ people — and hosted the AIDS Healthcare Foundation's World AIDS Day concert in LA.

The gift of self is another cashless contribution Billy champions. Tapping into your individuality is an invaluable offering to the world, which is why he wants everyone to be their true selves. "It's a journey," he admitted. "But once you set your mind to it, you grow and you learn every day. Just put one foot in front of the other, and keep on living."

Being on the show Pose has certainly helped the actor with self-exploration and his personal mission to inspire positive change in the world. That quest will achieve new heights when Billy makes his directorial debut during the show's third season, which will likely return in Summer 2020. "[Pose] made all of my dreams come true," he mused. "It's given me a platform to make everything come true. That's a blessing. It's a very surreal, out-of-body thing. It's a gift."

You can still donate to PayPal's Giving Fund here.