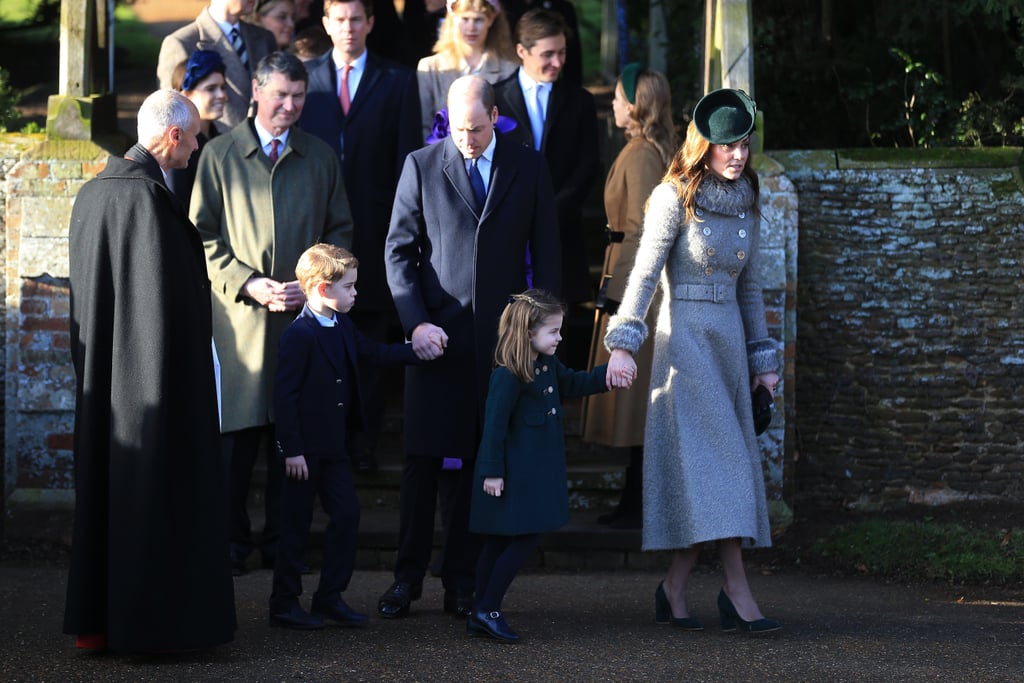 After a busy year of ups and downs, members of the British royal family were in fine form as they made their annual appearance at St. Mary Magdalene Church in Sandringham for the Christmas service. The family traditionally makes two visits to the church on Christmas Day: the first is a more private and informal trip for the queen to take communion. The second is the one we've come to know and love, as the whole family steps out in their best coats and hats to greet locals and photographers as they make their way to a mid-morning service.

Last year all eyes were on the "fab four" as William, Kate, Harry, and Meghan made the trip together, smiling and chatting as they did so. This year, however, Harry and Meghan have chosen to celebrate baby Archie's first Christmas with Meghan's mother, Doria Ragland, rather than attending the big royal celebration. Though this has caused some controversy, it's actually in keeping with the trend set by William and Kate, who also skipped the Sandringham festivities for their second Christmas as a married couple, choosing to celebrate with the Middleton family instead.

Although Harry, Meghan, and Archie stayed away, there were some other exciting attendees to keep us entertained. For the first time, Prince George and Princess Charlotte joined their parents for the walk to church, and as you can imagine, they were the stars of the show as they waved to the crowds while holding tightly to their parents' hands.

Alongside her majesty the queen, William and Kate took center stage for this royal Christmas, with Kate dressed in her usual festive coat. They were joined by a number of other family members, including Prince Charles and Camilla, Princess Anne, and more. Keep reading to see all the festive photos.

Related:
The Cambridge Bunch Wishes Everyone a Merry Christmas With a Heartwarming New Photo
Previous Next Start Slideshow
The RoyalsChristmasThe British Royals