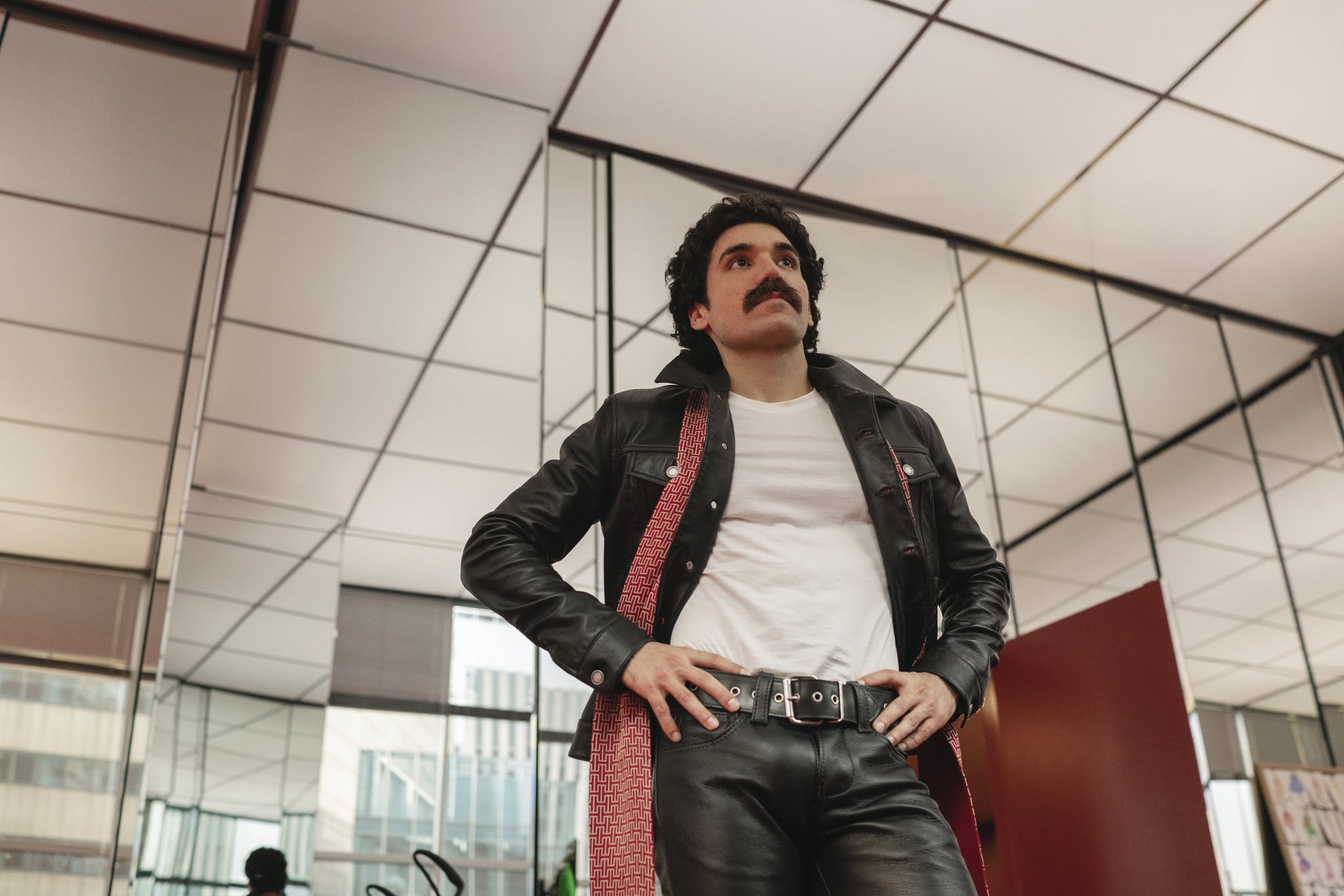 In Netflix's Halston, one of the most turbulent parts of the titular designer's (Ewan McGregor) life was his up-and-down relationship with Victor Hugo (Gian Franco Rodriguez). We already know what you're thinking: no, his partner wasn't the writer of Les Misérables, but he did make a significant impact on Halston's life nonetheless. From the onscreen adaptation of the style icon's career, you could easily extrapolate that his 12-year relationship was turbulent, to say the very least. While there aren't many accounts of their torrid love affair, the few snippets we do have show just how rocky it was.

Victor Hugo was a young artist, window dresser, and student from Venezuela when he met Halston. Their relationship was often on again and off. By many records, Hugo frequently said that his surname was supposed to be a pun on his "huge-o" physical endowment (as he claims in the Netflix miniseries as well). According to Vanity Fair, Hugo first showed up at Halston's home from a call-boy service. Halston took to him quickly, allowing him to move in and later even offering him work on his company payroll. His professional rapport with Hugo did create some friction with a former flame, Ed Austin (Sullivan Jones), who managed Halston's boutique. Halston brought Hugo in to redecorate things, which didn't sit well with Austin, who ended up getting fired and never seeing Halston again.

Again, we should reiterate that not much has been said about the relationship, and the snippets we do have vary. In many accounts, Hugo has been characterized as unpredictable and wild. According to The Cut, a former acquaintance of Halston's described Hugo as "the biggest mess." Peruchio Valls, Hugo's friend and Halston's former assistant, described Hugo a little differently, telling Vanity Fair, "The person that Halston loved, more than his own life, was Victor."

Towards his later years, Hugo worked extensively with Andy Warhol, who was also associated with Halston. His gigs with the pop artist ranged from modeling to window dressing. There were even rumors that Warhol had a friendly rivalry with Halston and would pay Hugo to embarrass Halston by having him show up at an even in a jockstrap or Halston dress. If this did indeed happen, it wasn't entirely clear if Hugo's motivation was purely financial — he notoriously had a bit of a daredevil attitude. Speaking with Interview Magazine, Hugo said, "Perhaps you would describe me as jaded, darling, but I prefer to say that in living there is absolutely nothing that is bad. I can only say that I live fully 24 hours a day—and I regret nothing."

In his final years, Halston appeared to have broken things off with Hugo for good when he moved to San Francisco after his HIV diagnosis. According to Halston's niece Lesley Frowick, Hugo was someone that Halston "mostly tried to keep out of his life." She also added, "He tolerated him, but he was trouble." In March 1990, Halston passed away from AIDS-related complications. Just years later, Hugo died in 1993.

Netflix
Netflix's "Hello, Goodbye, and Everything in Between" Has a Dreamy Soundtrack to Match
by Monica Sisavat 4 hours ago

TV
Michaela Jaé Rodriguez Dreamed of Working With Maya Rudolph: "The Stars Have Aligned"
by Victoria Edel 4 hours ago