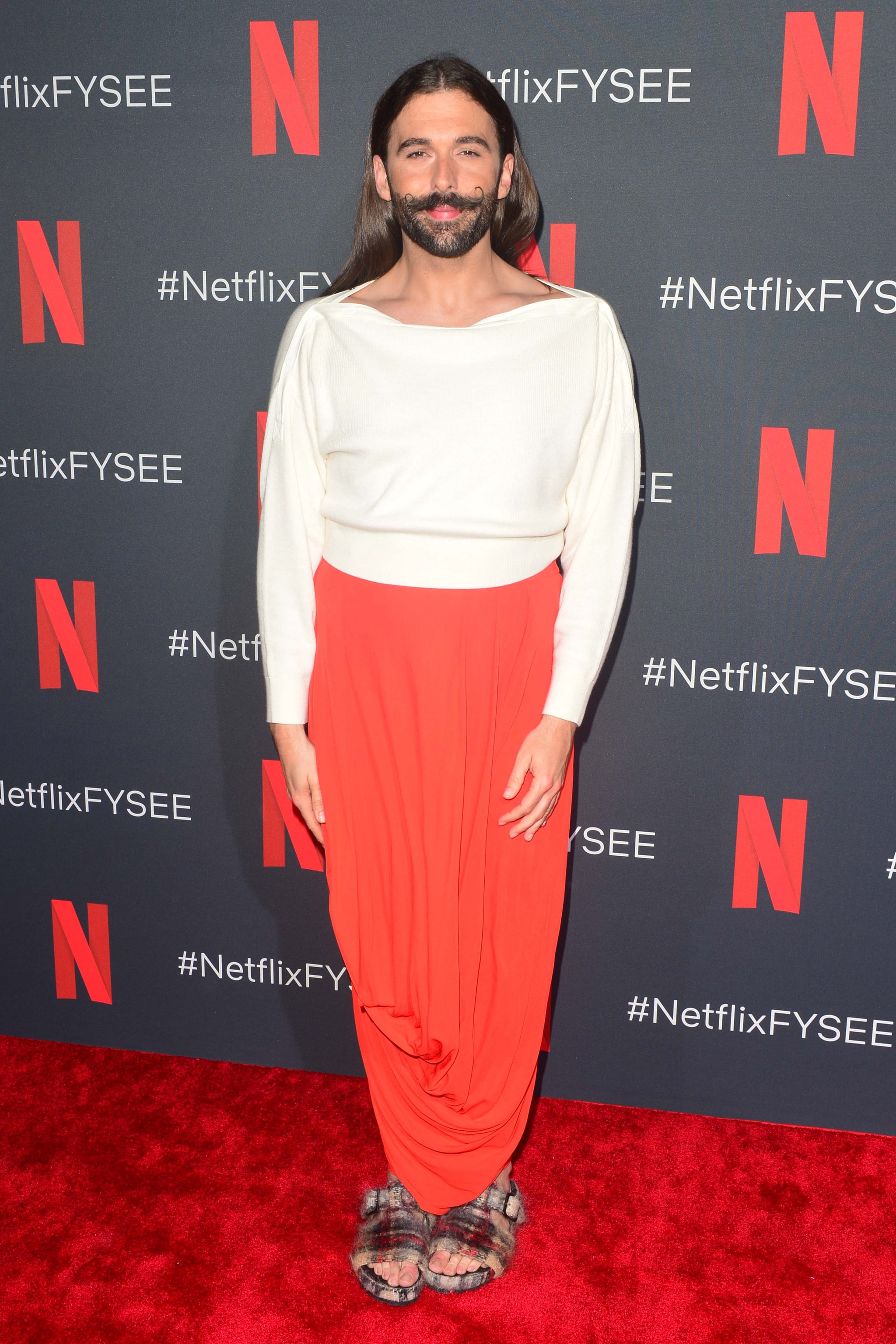 Jonathan Van Ness is getting open and honest about his life in a new interview with The New York Times. In the feature published on Saturday, the 32-year-old Queer Eye star talks about his upcoming memoir Over the Top, in which he reveals he's HIV-positive. According to the biography, Jonathan learned of the diagnosis at age 25 after he fainted while highlighting a client's hair at a salon. "That day was just as devastating as you'd think it would be," he writes. Although Jonathan admits it's hard to be vulnerable, he hopes talking about his experience will quash stigmas and misconceptions about "the beautiful HIV-positive community."

Jonathan also spoke to NYT about being a sexual abuse survivor, revealing he was sexually assaulted when he was young. "For a lot of people who are survivors of sexual assault at a young age, we have a lot of compounded trauma," he said.

He went on to share how the abuse — and homophobic bullying from other children at his Illinois high school — contributed to his sex and drug addiction from his late teens to early 20s. After advertising sex for money online and becoming dependent on cocaine while attending the University of Arizona, he dropped out and got hooked on methamphetamine. He went to rehab twice and relapsed both times before committing himself to a better way of living. Now, healthy and free from hard drugs, Jonathan is set on using his platform to encourage others. Read more about his life when Over the Top hits shelves on Sept. 24.