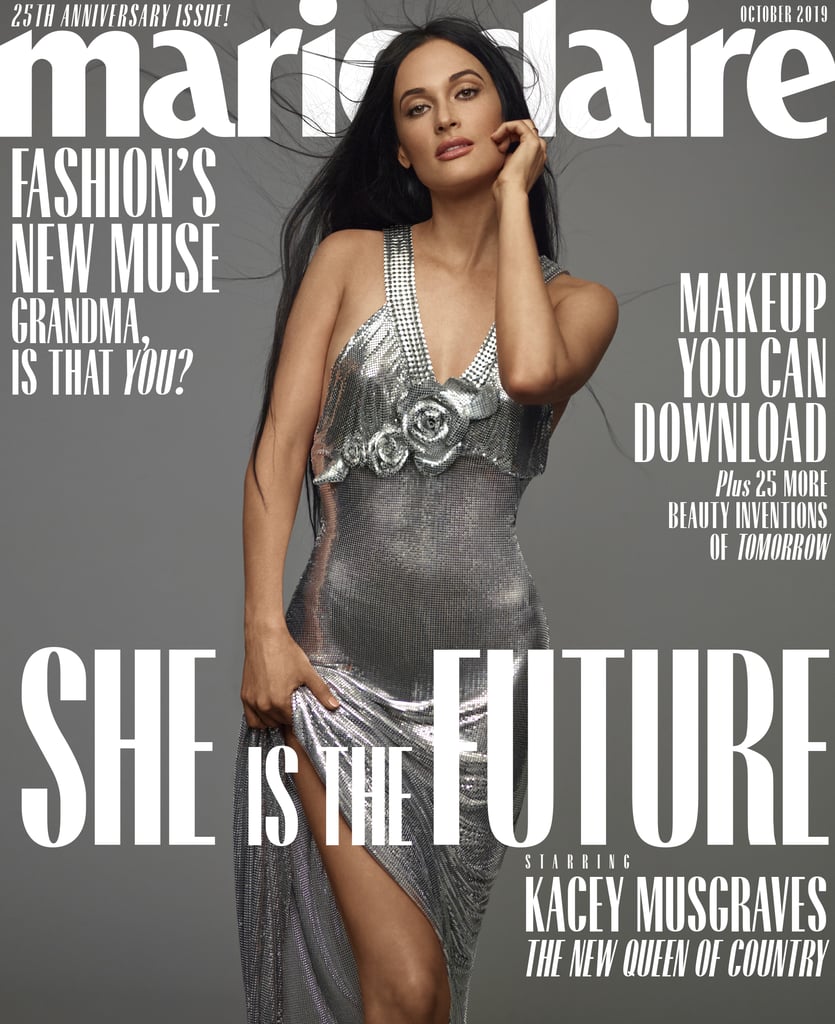 Authenticity means a lot to Kacey Musgraves. The 31-year-old is one of four cover stars featured in Marie Claire's October issue, where she speaks about breaking the mold of a traditional country singer and staying true to herself.

"From the get-go, I wasn't going to sign a record deal unless I could completely do it on my terms," the Golden Hour singer said. "And, yeah, there've been moments when I've been asked to change lyrics or to do things I wasn't into. But I'm not going to bend in hopes that it's going to reach more people or whatever. It's just not worth it."

In terms of being outspoken and voicing her opinions, Kacey has received just as much praise as she has pushback. But regardless of the reactions, she still refuses to compromise who she is to attract more fans. "People are craving truth; they're craving something real," the singer said. "People are tired of having a corporatized version of something shoved in their face. Now more than ever, it's important that artists of all kinds show exactly who they are. We're inundated with the bad and the grimy. It's easy to be reactionary. But it's not always what you should do."

"If I go down in flames for being me, well then, hey, I f*cking tried."

That soft place is home to her 2018 Golden Hour album and the four Grammy Awards she won for it earlier this year. Kacey's also no stranger to using her newfound fame to help others further their own careers, as her most recent act of kindness saw her using her platform to help a small photo lab in Los Angeles.

Head over to MarieClaire.com to read the singer's full feature.

Eve
Throw It Back With This Best Hits Playlist From Queens Stars Eve, Brandy, and Naturi Naughton
by Naledi Ushe 8 hours ago

Celebrity Instagrams
Bahja Rodriguez May Be Young, but She's No Rookie When It Comes to the Music Game
by Njera Perkins 9 hours ago

Khalid
Khalid's New Song "Present" Is For Everyone Who Is in Love — Like, Hopelessly in Love
by Naledi Ushe 11 hours ago

Ayesha Curry
Ayesha Curry on the Reality of Postpartum Depression: "I Lost 3 Years of My Life"
by Perri Konecky 12 hours ago