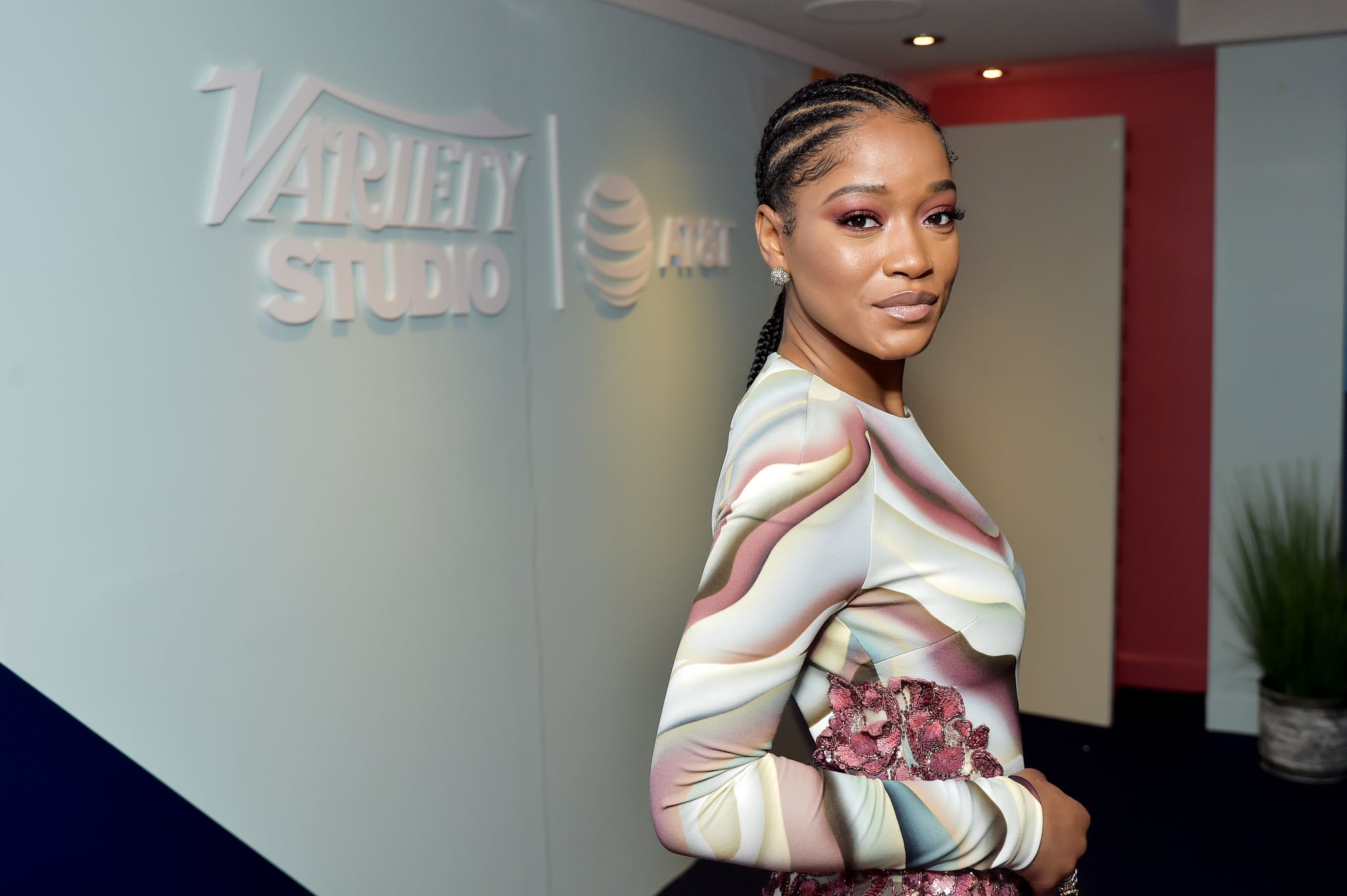 Keke Palmer is continuing to use her platform to call for change amid the ongoing protests against racial injustice and police brutality. After the 26-year-old actress asked the National Guard troops to join her in marching at a recent demonstration, Keke penned a guest column for Variety explaining what that interaction was like for her and why the Black Lives Matter movement is so important.

"I like following rules and doing what I'm told. As a kid, these rules stick with you. But even at a young age, I was taught to question the things that didn't feel right to me," she began in the column, which was published on Tuesday. "Sometimes, going against authority is the only remedy for change, especially when we have seen, too often, those authority figures step over the line. So where do you draw the line? How do you know to draw the line? Is there a line?"

Keke explained that she joined the recent protests in Los Angeles "to bring as much awareness as we can to the injustices in America and fight against white supremacy and what it does to our nation." "I spoke with National Guardsmen who were preventing us from marching past a certain point and challenged them to march with us. In my wildest dreams, they would all march with us without risk of punishment," she said. Even though the guards didn't march with her, they did kneel. However, that wasn't enough for Keke. "Kneeling has become a mockery of sorts," she added. "Kneeling on George Floyd's neck is what killed him. Now we see police officers kneeling and then, moments later, attacking peaceful protesters. At this point, the kneeling has no meaning."

The actress then emphasized that a revolution is needed in America to dismantle and rebuild the current systems. "We may not all share in the Black experience of this, but I can guarantee you, almost everyone in this country has been oppressed in some form or another," Keke explained. "I have waited for a revolution, I believe, my entire life . . . I truly believe that everything that has led us to this moment has prepared us for a revolution and a revelation: the dismantling and rebuilding of a system that is better, more equitable and representative of the people it claims to represent."