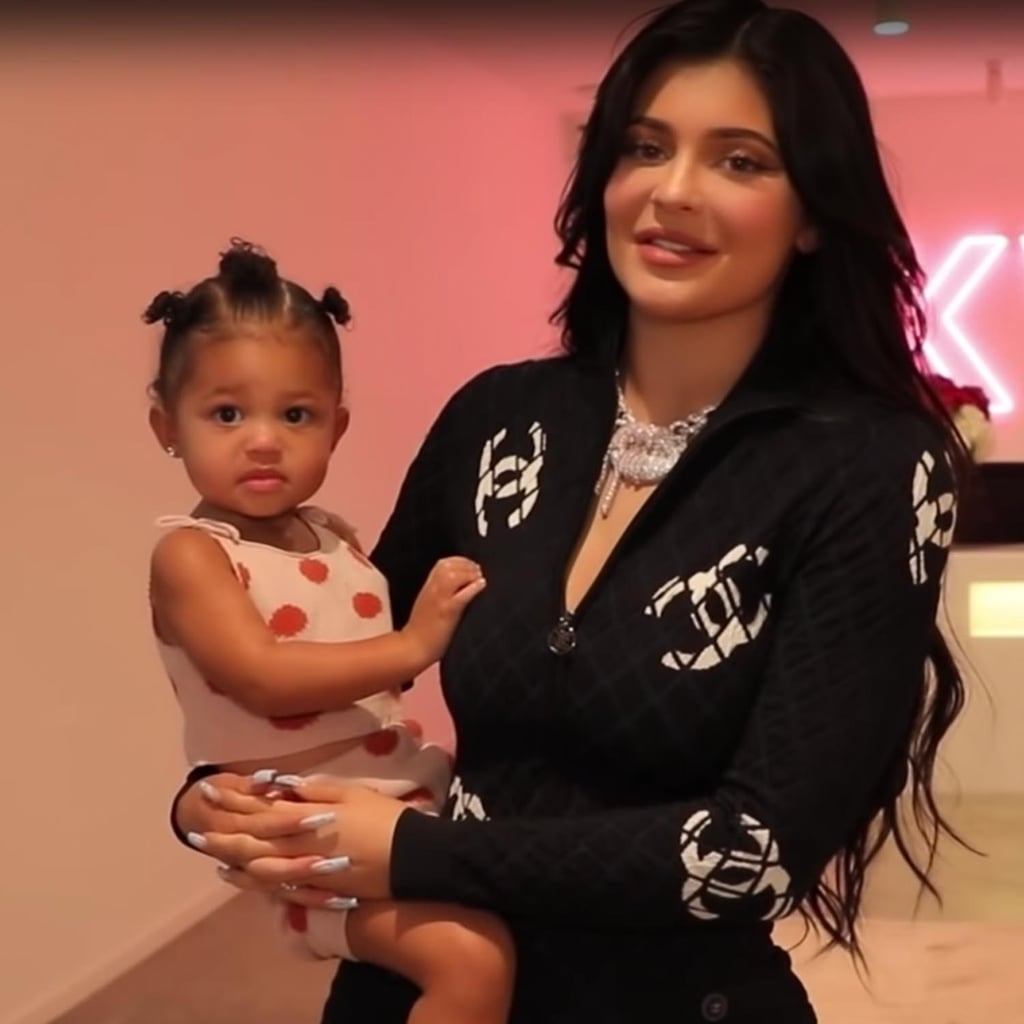 Uh, Kylie Jenner Wants to Trademark "Rise and Shine," and Twitter Is Not Having It

As one of the world's youngest billionaires, Kylie Jenner can pretty much make a business out of anything, and she's doing just that with the recent popularity of her viral "Rise and Shine" video featuring baby Stormi. ICYMI, in a recent office tour YouTube video, Kylie gave us all a glimpse of 1-year-old Stormi's play room, where she was having a nap — that is, until the 22-year-old mom came in to wake her up with a sweet song: "Riiiise and shiiine." Since the video was posted, it has been viewed over 11.5 million times and has resulted in more than a few hilarious memes.

Now, Kylie has officially submitted paperwork to trademark her phrase from the viral video, and it sounds like we might all have to start saying "shake a leg" or just "get up" instead. "The trademark would cover belts, pants, coats, dresses, footwear, gloves, headbands, headwear, jackets, loungewear, scarves, sleepwear, socks, swimwear and undergarments . . . as well as cosmetics," according to TMZ. But fans on Twitter argue that Kylie has no right to take ownership of the phrase, given that "it's been around before she was born."

Considering that Kylie has already started selling "Rise and Shine" hoodies, it wouldn't be too much of a surprise if she expanded her new, uh, branding strategy to her makeup line and beyond. Keep scrolling to see how fans have reacted to the news of Kylie's trademark application.

Related:
Kylie Jenner Says Stormi's "Obsessed" With Makeup, but She's Not Sure When She'll Let Her Wear It
Previous Next Start Slideshow
Kylie JennerTwitter Reactions