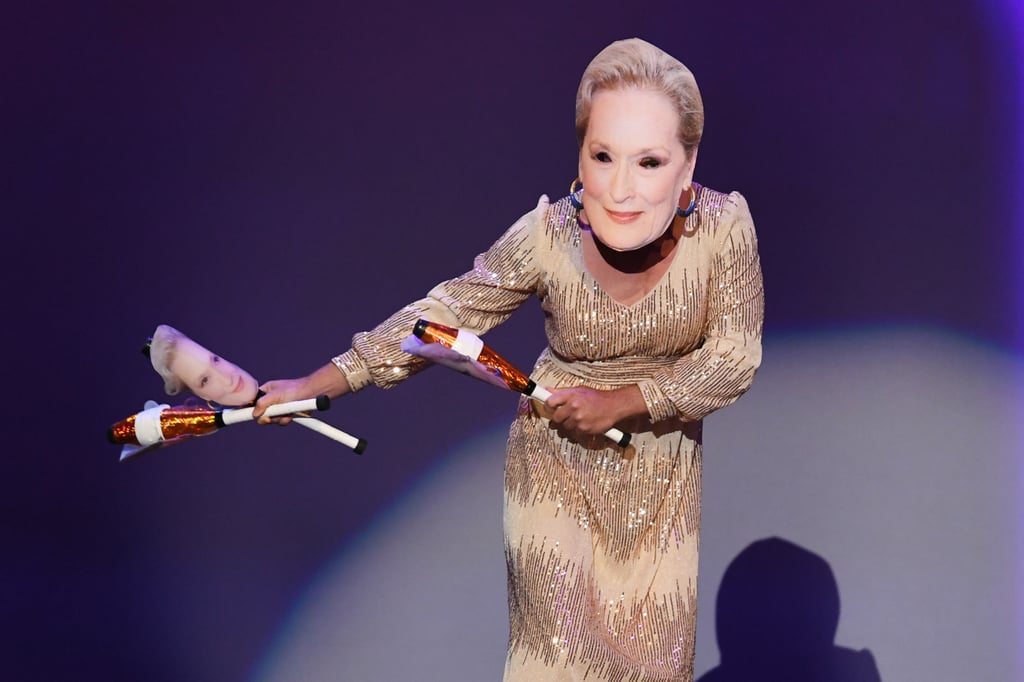 This just in: Meryl Streep is starring in her first horror film since 1992's Death Becomes Her! Except instead of a horror film, it's the 2019 Emmys . . . and instead of Meryl Streep, it's an imposter wearing a comically large mask of the actress's face. Welcome to show business, people!

The mystery Meryl appeared on stage during a choreographed number led by Adam DeVine, Samantha Bee, and several Masked Singers. (Stay with us.) That's when the performer waltzed out wearing the aforementioned mask and juggling clubs with tiny Meryl masks on them too. The utter madness of it all!

I can't wait to see what Meryl will have to say about all of this when she inevitably attends the award show next year as an outstanding supporting actress nominee for her portrayal of the most unhinged mother-in-law viewers have seen since Monster-in-Law. In the meantime, read what people had to say about the award show moment.

Music
How Can Anyone Deny That Ashanti Is the Lady of Soul After This Greatest-Hits Performance?
by Njera Perkins 4 days ago

Music
Silk Sonic Performed "Fly as Me" and "Smokin Out the Window" at the Soul Train Awards — Watch!
by Princess Gabbara 5 days ago