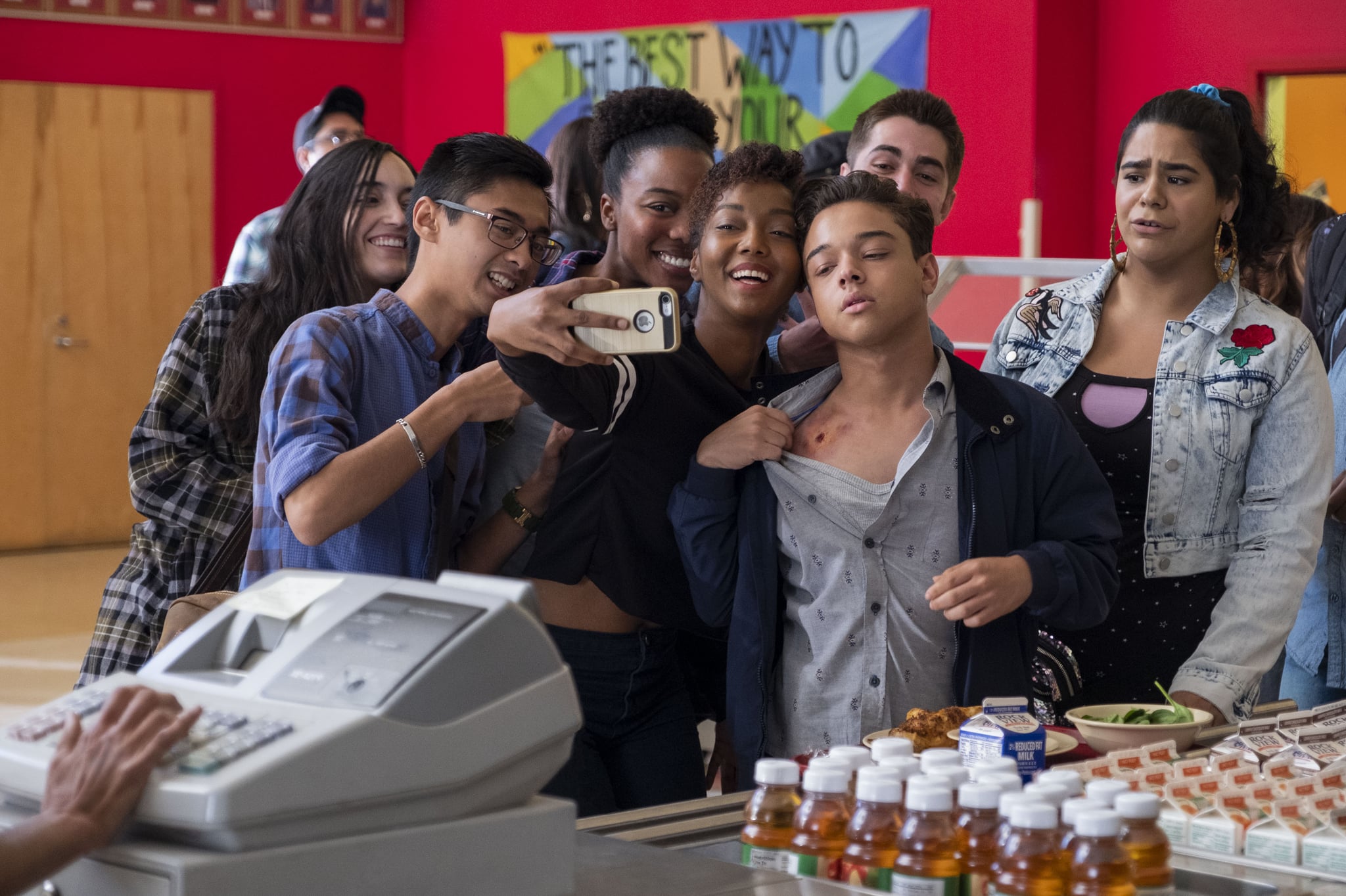 In the final season of Netflix's teen hit, On My Block, there's a scene where one of the leads, Ruby, goes to confront the kid who shot him. In the visiting room at the jail, Ruby starts off nervous and quiet but he eventually finds his voice, declaring, "Now that I'm here looking at you, I'm realizing you were just a kid. A kid who made a mistake. You don't have power over me, not anymore." And Latrelle responds, "You think I wanted that power? I didn't ask for this sh*t. I didn't ask for any of this."

The whole scene is a surprise — we don't know what Ruby is up to until he gets there. And it just gets more surprising: there's a jump after those lines, and the next time we see Ruby and Latrelle, they're joking and sharing a soda. It turns out they were friends not that long ago. Ruby even went to his future assailant's birthday party. The encounter ends with Ruby asking if there's anything he can do. Latrelle responds by asking, "Can you keep me from turning 18?" Juvie is ending and a harsher future awaits.

It's a heartbreaking sequence and one only made more so by how truthful it feels. Latrelle is both the villain and the victim here, a layer of complexity that mirrors real life. And while many violent shows offer a wish-fulfillment version of justice, with righteous vengeance enacted by wronged heroes or the powers that be, there's nothing approaching it here. Ruby can't find peace by enacting violence of his own or even saving Latrelle. Indeed, the system just compounds Ruby's powerlessness — he doesn't have a say in what should happen to the boy who shot him.

So, yes, Ruby is hurt, but so is Latrelle — and On My Block asks us to sit with both of those truths at once. The same complicated calculus is woven throughout the series, particularly in its portrayal of gang life via Cesar, Spooky, and the Santos. There are no clear answers, no great choices. Just hurt people trying their best to survive in a society that hurts, even when it's pretending to help. Think of Cesar's stay at the homeless shelter. That was supposed to be a safe haven for people in need, but it's not a solution for him. Or when Spooky goes to jail and young Cesar is left with only his fellow gang members to help. Foster care fails more than it succeeds so what is a kid in Cesar's position supposed to do?

The truth is Cesar, Ruby, Latrelle, and the rest of the characters exist in a system that is more interested in punishing Black and brown boys than protecting them. With Ruby and Latrelle's poignant conversation, On My Block doubles down on its portrayal of neighborhood violence as damaging to everyone. This is a show that insists on the humanity of all its characters, even the ones who do terrible things. And by doing that, On My Block makes a powerful case for restorative justice.

Since George Floyd's murder last summer and the Black Lives Matter protests that grew in response, "restorative justice" has become a buzzword. But communities of color have been working on it for a long time. The idea is to address the harm caused by a crime, by centering the victim — their wants and their needs — instead of the state's idea of safety (aka white folks' comfort). It often starts through conversations like the one between Ruby and Latrelle.

What a difference a system like that would make — for Cesar, Ruby, Latrelle, and their real-life counterparts. We get a glimpse of what that could look like with the return of Cesar and Oscar's father, Ray, in the final season. Ray's part of a program that helps gang members start a new, violence-free life. We learn that Spooky went there too, during the two-year time jump between season three and season four, and it was transformative. The show seems to have drawn inspiration for this program from the real-life Homeboy Industries in Los Angeles (there's even an insider joke about bread, for those familiar). So we know these types of transformations aren't just TV fantasy. They're real.

They just have to beg and scrimp for funding for their life-saving services while prisons are a billion-dollar, government-funded, industry. We don't have to spend our resources like this. As AOC said, "Affluent white communities already live in a world where they choose to fund youth, health, housing, etc. more than they fund police. These communities have lower crime rates not because they have more police, but because they have more resources to support healthy society in a way that reduces crime."

We could make all of our communities like that. Instead of throwing away kids like Latrelle, we could work to heal them. We could create a system that helps victims of violence regain their sense of control over their lives, instead of undermining it. But we don't have a system like that, not anywhere close. And I can't help but think it's because the people caught in these systems generally resemble the cast of On My Block — Black, brown, and under-resourced.

Image Source: Netflix
On My Block Makes the Case for Restorative Justice  originally posted on POPSUGAR Latina
IdentityNetflixOn My BlockTVStreamingRace And Culture

Stranger Things
You May Have Missed Suzie From "Stranger Things" in This Pivotal "PLL: Original Sin" Role
by Noelle Devoe 1 hour ago