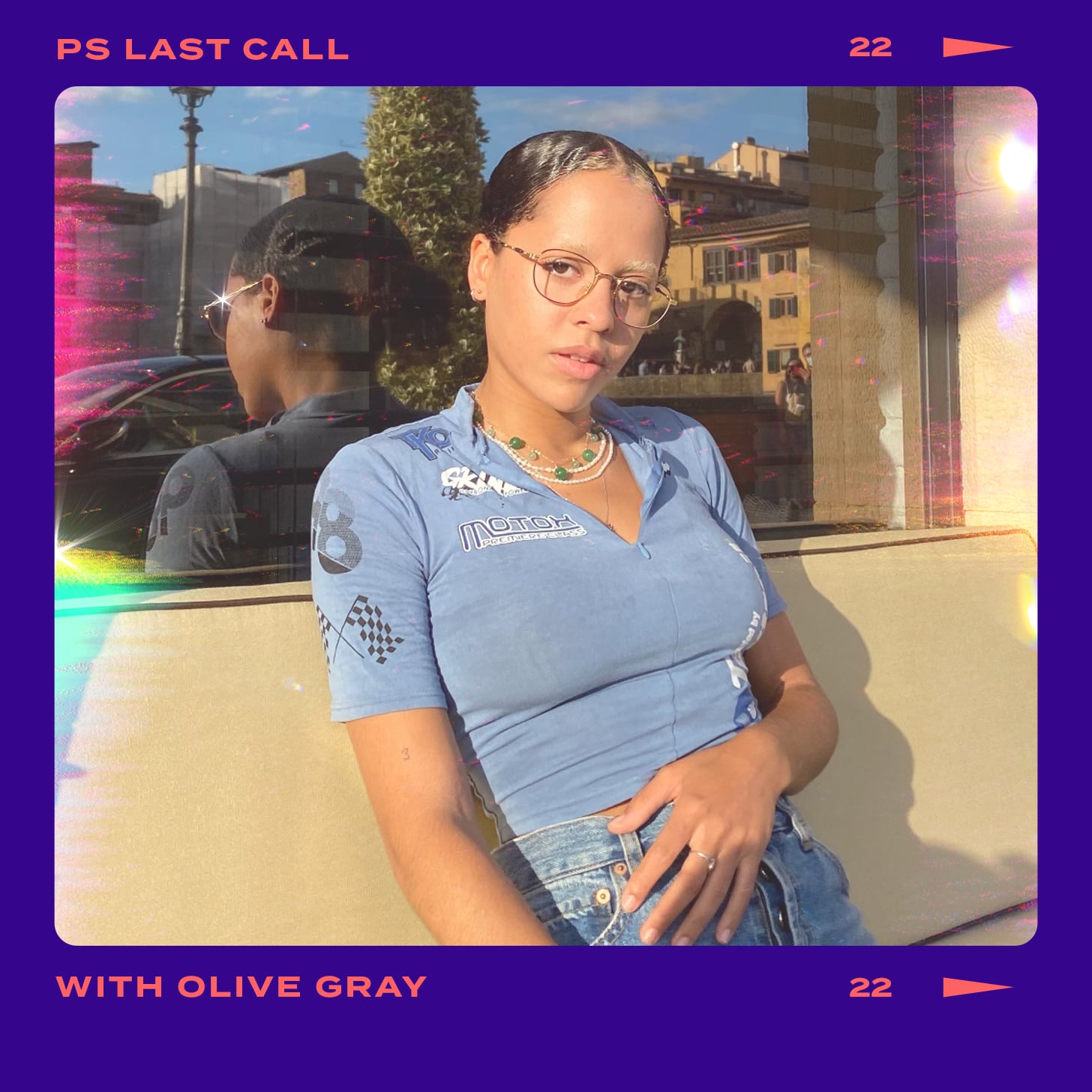 In our Q&A series Last Call, we get down to the bottom of every last thing with some of our favorite celebs — from the last time they were starstruck to the last song they listened to. This week, Olive Gray takes our call.

Olive Gray is stepping into the world of Halo with their role on Paramount+'s highly anticipated video-game adaption. In the series of the same name, Gray plays UNSC Commander Miranda Keyes. "She is a scientist. She's the head of xenological research development, which means that she basically researches and tries to understand the alien species that the UNSC are fighting," Gray tells POPSUGAR. "So yeah, she's pretty badass."

Gray was initially attracted to the show for a few reasons: the script, Miranda's character, and their "interesting relationship" with the video game. "I love conflicting elements within a script and within a character. And I think that there's a lot of conflict internally and externally for Miranda, working in a very cold and rigid environment and being led by her heart and her sense of justice," Gray explains. "I knew about the games because I used to sit with all of my friends as a teenager as they played 'Halo.' It was a little bit of an interesting relationship because an ex of mine once canceled our anniversary plans to play the game." And now Gray is starring in a show based on the game — funny how things work out, huh?

"Halo" premiered on Paramount+ on March 23, with new episodes airing every week. And it has already been renewed for a second season. "'Halo' takes us into a dazzling world that we believe will enthrall audiences as much with its electrifying visuals as its bold, character-driven storytelling," Showtime and Paramount+ chief David Nevins told Variety a statement. "This second-season pickup reflects the confidence we have in the power of this epic series to attract and engage viewers."

Keep reading to see what else Gray has to say about the series, their upcoming EP, and so much more in our Last Call interview.

What was the last day on set of "Halo" like?

The set was so different when we returned back to it after COVID, so it all just felt very surreal. We've been on this show for now two and a half years, and it came out literally last week. It's the first job I've ever done that has been such a long process, so whenever those big monumental moments of finishing shooting and wrapping [happen], they just feel so much more special and earned because of the amount of work, effort, and time that has gone into this show.

Who is the last "Halo" costar you texted?

Either Kate Kennedy or Yerin [Ha], I'm pretty sure. But probably Kate. We all went for a lovely roast when things began to open up in the UK again — me, Kate, and Danny [Sapani] — and that was really, really lovely. I love them. They're wonderful. It's a wonderful group of people to work with.

What is the last thing you did with your "Halo" costars off set?

There definitely have been things around the screening. One of my treasured moments of the premiere was actually leaving the afterparty with Kate and both of us getting into a car. We finished the afterparty, we went to my hotel room, and we ordered burgers. And we just sat and ate cheeseburgers, and I don't even eat meat, so it was a very new experience for me. But it just felt right being in America. It felt like a special moment, and we commemorated it with that. It was lovely. 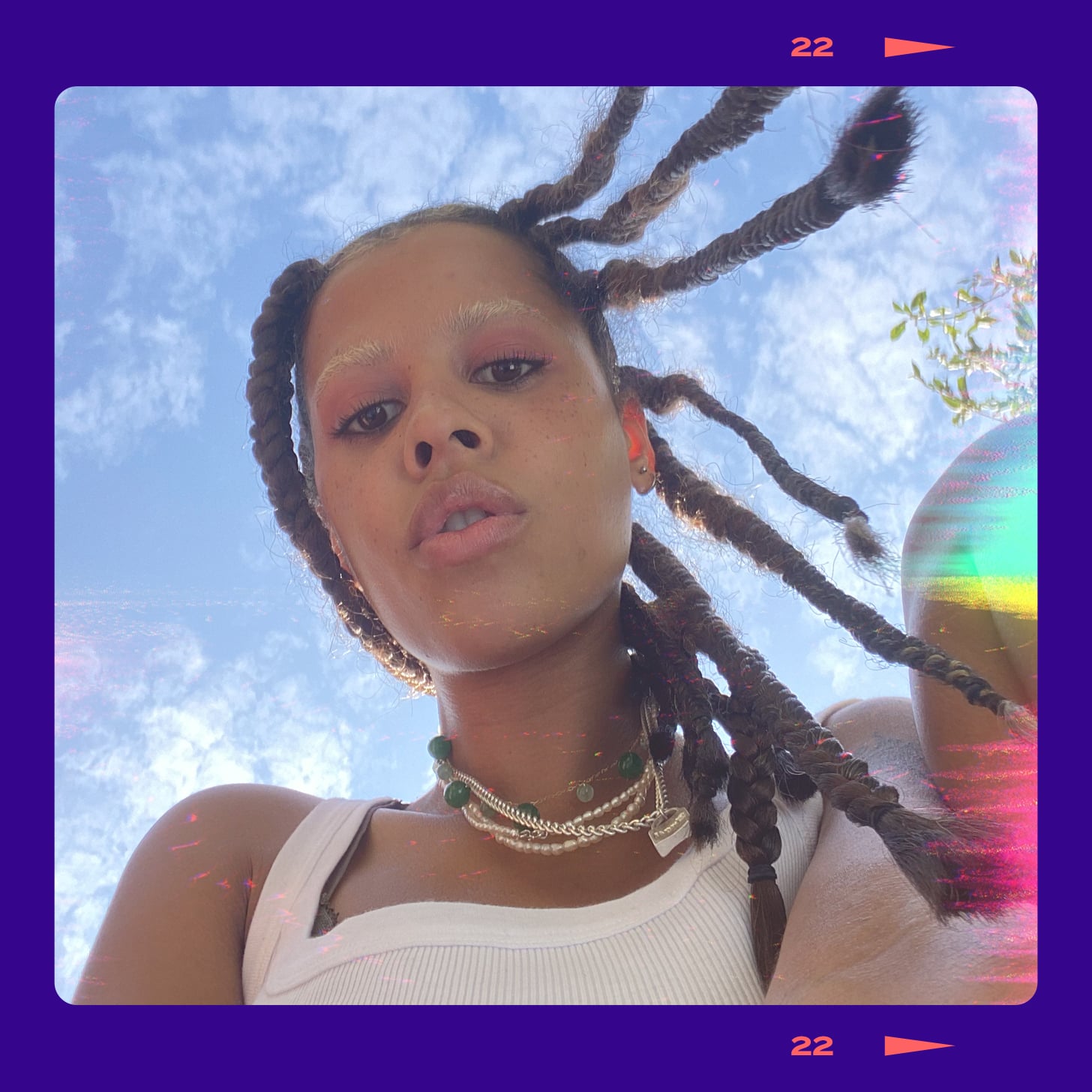 What is the last video game you played?

I'm really into "Mario Kart," "Super Mario Bros." I'm also very into "The Sims." But I actually have to stop myself from playing "The Sims" because I would literally spend 12 hours. There's this thing called the "Pac-Man" theory, which is basically people who got really into "Pac-Man." Then when they would stop playing, the way they related to the world was as if they were still playing "Pac-Man." And I really, really get that when I'm playing "The Sims." I'll go downstairs to eat my dinner, and I will kind of be like, "Oh, let me just fast-forward this five minutes." And then I'll be, "Oh, I can't fast-forward . . . I'm not in control of time." So I think it just became something, and I was like, "I need to maybe not play 'The Sims' as much."

I'm just finishing up Noam Chomsky's "On Anarchism." I started reading it for a role, but it's just a wonderful book. And the book I'm reading right now is bell hooks's "All About Love," which is just such a classic. I've never read it before, and it is blowing my mind. It's amazing.

You're currently working on your EP — what is the last song you worked on for it?

I think it was a song called "Autumn," and it was actually the last song I wrote in the EP. I decided the songs that we were recording and we were going to record just after Christmas and over Christmas. I write mainly on my looper pedal, but I just wrote the song, sat at the piano, and I just kind of fell in love with it. My mom was listening to it over Christmas and listening to me play it around the house, and was just like, "You've got to record this song." So I sent it to my producer, and that was the last song we worked on.

When can we expect the EP?

Definitely this year. I'm hoping sooner rather than later. But unfortunately, there's just so many moving parts. As much as I can kind of predict, based on what's in my control, there's a little area outside of even my control that makes it a little unpredictable. But hopefully in the next couple of months, that's my dream.

I've been listening to the Demi Lovato "Here We Go Again" album, which is an album they released in 2009. It accidentally came on in my shuffle, and I was like, "I've got to listen to this album." I go through phases where I'll remember that album and the "Don't Forget" album. Those two albums shaped my life as a teenager. So every now and again I give them a relisten.

What is the last show you binge-watched?

I'm currently re-binge-watching "BoJack Horseman" because I think it's such an amazing show. And actually, I've just started "Human Resources." It's basically the spinoff from "Big Mouth." It's like all the shows I've recently watched are cartoons because I'm just so obsessed with cartoons. And also "Bad Vegan" and "Inventing Anna." I was waiting for so long for a show about Anna Delvey to come out. I'm so glad that it has.

Oh, the other day I was at a party, and I saw Frank Ocean. I never get starstruck, but I think when it's someone that's really tied to points in my life where I've had self-discovery or where it's like, "Wow, that music has really changed me as a person," or that someone's art has been tied to a personal moment for me, I think those are the times. It doesn't happen very often. I did get a little starstruck, and he said, "Hi." And I said, "Hi." I just got really overwhelmed, and I walked away. So I could have had a longer conversation with Frank Ocean, but instead, I just had a "Hi, I'm Frank." I dipped pretty quickly. He's such a hero. I want to meet him, but not at a party. I'm glad we had that little moment.