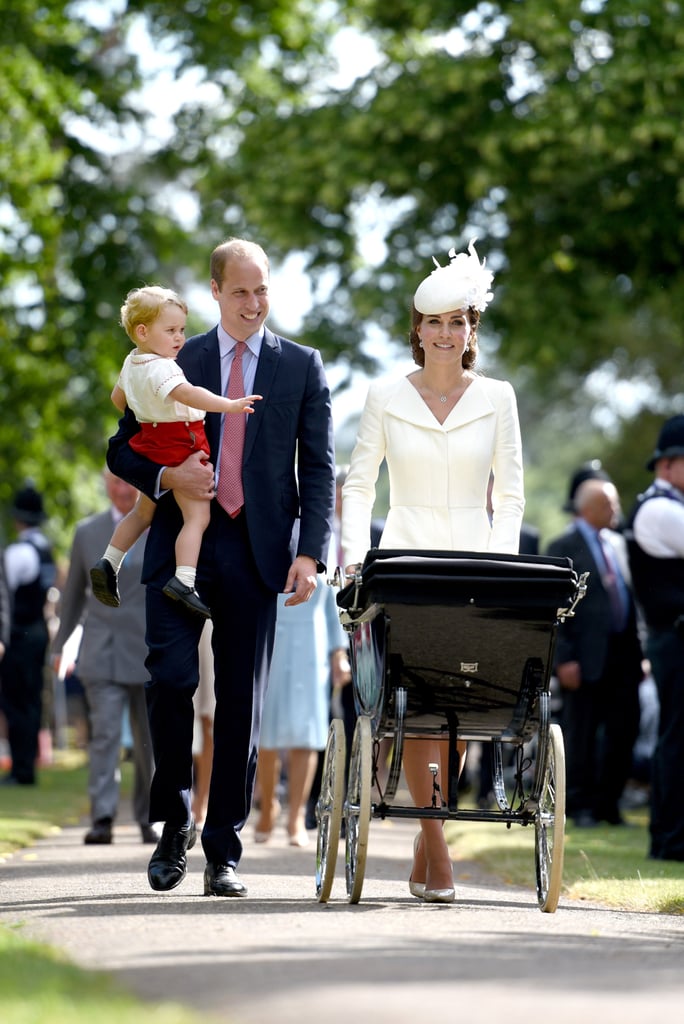 Don't they grow up fast? "Lively" Prince George heads to nursery in early January, attending the Westacre Montessori School a couple of mornings a week. The Montessori method focuses on independence and social development, so children are encouraged to choose whatever activities suit them, and the Duke and Duchess will be paying £5.50 an hour for the first step in their two-year-old son's education. The school is on a private road, but following in royal tradition, there are likely to be pictures available of George's first day, as there were of William and Harry's.

The focus of the first half of William and Kate's year will be their royal tour of India. Neither have been before, but they will be following in the footsteps of many royals before them, including William's parents, Charles and Diana. It's looking like the tour will happen in April. The Duke and Duchess are leaving the children at home, so it's unlikely they will miss Princess Charlotte's first birthday on May 2, while clashing with Prince Harry's Invictus Games would divide press coverage and dilute the impact of both events, so they're likely to also want to avoid those May dates.

William and Kate celebrate their fifth wedding anniversary on April 29, and the occasion is traditionally marked by a gift of wood. Since their wedding, the Duke and Duchess have visited Scotland and Wales, but not Northern Ireland, so a trip there this year could be on the cards.

There has been speculation that William and Kate aim to expand their family with a third child, and since the Duchess fell pregnant with Princess Charlotte around the time of Prince George's first birthday, and Charlotte turns one in the Spring, we could very well be hearing another announcement towards the end of this year.