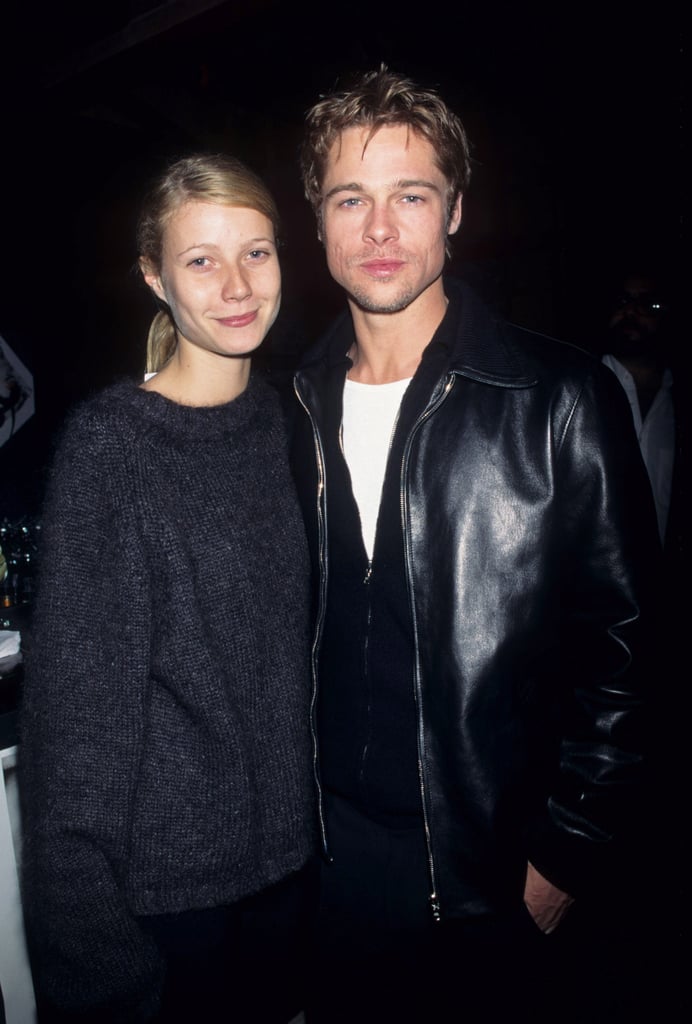 Brad dated Gwyneth between 1994 and 1997, after they met on the set of the 1995 thriller Se7en. Their relationship was extremely public, with Brad proposing in 1996 and referring to Gwyneth as "my angel" and "the love of my life" in his speech at the Golden Globes that same year. They called off their engagement seven months after he proposed, and in January 2015, Gwyneth filled Howard Stern in on her relationship with Brad:

"I definitely fell in love with him. He was so gorgeous and sweet. I mean, he was Brad Pitt! My father was devastated [when we split]. I was such a kid, I was 22 when we met. It's taken me until 40 to get my head out of my ass. You can't make that decision when you're 22 years old . . . I wasn't ready, and he was too good for me."