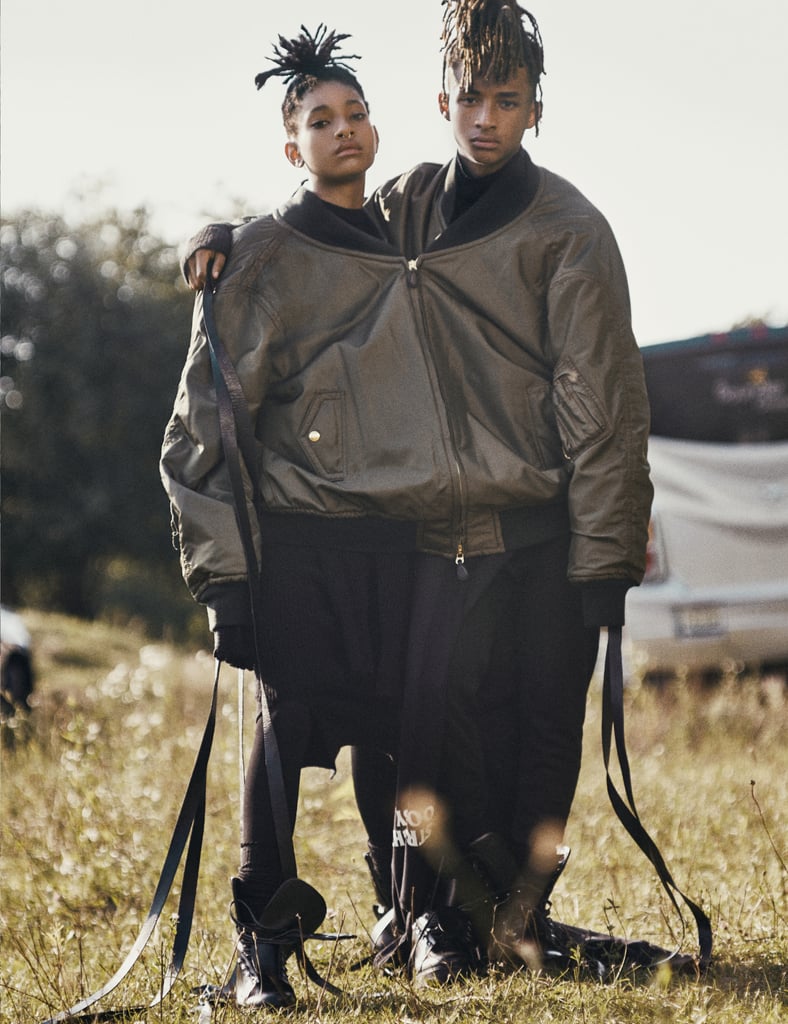 Willow on why older generations have trouble understanding them: "It seems like they don't understand our thought process. Or, like, things have happened in the past that they're still mad about. We want to accept them and move forward. I mean, I can definitely see things that have happened in the past that they're holding on to and things that are happening right now that bog them down, but this generation wants to transcend them."

Willow on her biggest role models: "My parents. Growing up, all I saw was my parents trying to be the best people they could be, and people coming to them for wisdom, coming to them for guidance, and them not putting themselves on a pedestal, but literally being face-to-face with these people and saying, 'I'm no better than you, but the fact that you're coming to me to reach some sort of enlightenment or to shine a light on something, that makes me feel love and gratitude for you.' They always give back what people give to them. And sometimes they keep giving and giving and giving. And some people don't feel like they need to give anything back because it's like, 'Oh, if you're famous, you can just keep giving, and it doesn't matter.' It's not just about money. It's not just about giving people gifts or whatever. What my parents have given to me is not anything that has to do with money or success or anything that society says people should be focusing on — it's something spiritual that only certain people can grasp and accept. And that's how I act and move in the world today."

Demi Lovato
Demi Lovato Talks Grammys and Hopes For the Future Ahead of Music Comeback: "I'm Ready"
by Monica Sisavat 3 hours ago

Baseball
Derek Jeter's Daughters Made a Rare Appearance in His Hall of Fame Video, and "Yay, Daddy!"
by Murphy Moroney 4 hours ago