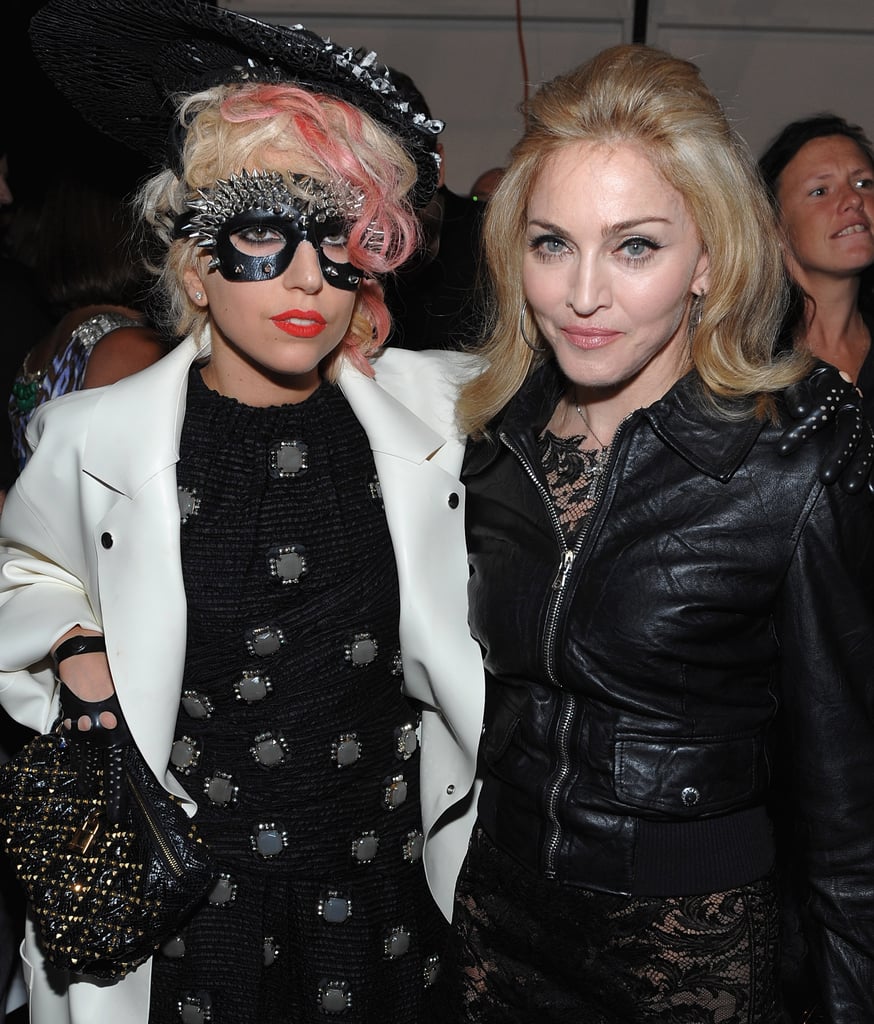 Lady Gaga burst onto the scene in April 2008 with the release of her pop hit "Just Dance." Her debut album, The Fame, dropped on Aug. 19 of the same year. This image was taken at a Marc Jacobs fashion show in September 2009, just over a year after Gaga's emergence as a new pop princess.

While they may have hung out or seen each other in person since, this is basically the only official photograph of them posing together. Simpler times.

Music
Jordin Sparks Is Sending Love and Hope to Protesters With Inspiring New Song, "Unknown"
by Chanel Vargas 3 days ago

Music
Without Eurovision, We May Never Have Gotten These 10 International Stars
by Amanda Prahl 3 hours ago

Music
Christine and the Queens: Pop Star Undefined
by Chris Roney 7 hours ago

Oscars
Lady Gaga Was Pulled Over by Tiffany's Security After the Oscars . . . on Her Way to Taco Bell
by Perri Konecky 1 week ago