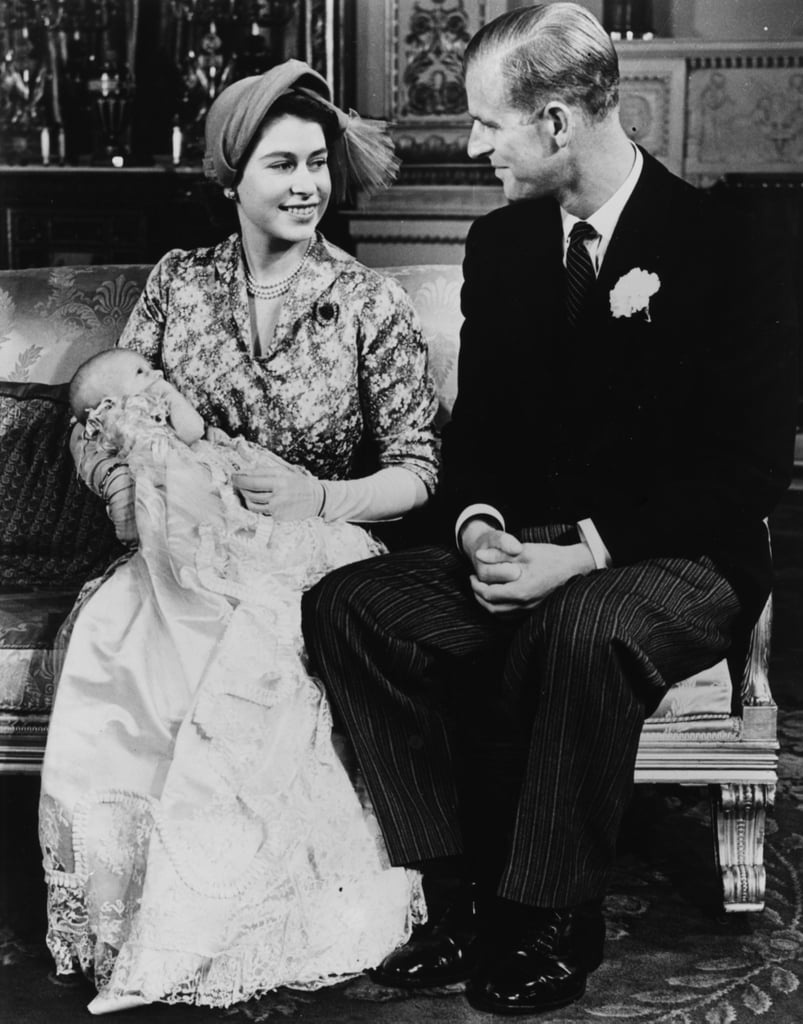 Ever since 1841, when Queen Victoria commissioned a cream-colored gown for her oldest daughter, Princess Victoria, the Honiton Christening Gown (as it was named for the fine lace used to make it) was worn by all members of the royal family. However, in 2008, Queen Elizabeth deemed the gown too fragile to continue wearing and called upon her dressmaker, Angela Kelly, to make a replica of the gown. The Earl and Countess of Wessex's son, James, Viscount Severn, was the first to wear the new gown, and since then, the gown has been worn by all three of the Cambridge children. It will also be the same one worn by Baby Sussex.

Previous Next Start Slideshow
The RoyalsThe British Royals
Around The Web

The Royals
Harry and Meghan Open Up in Oprah Interview First Look: "Were You Silent or Silenced?"
by Kelsie Gibson 4 days ago

Meghan Markle
We Only Caught a Glimpse of Meghan Markle's $30 Maternity Dress, but It's So Worth It
by Karenna Meredith 5 days ago