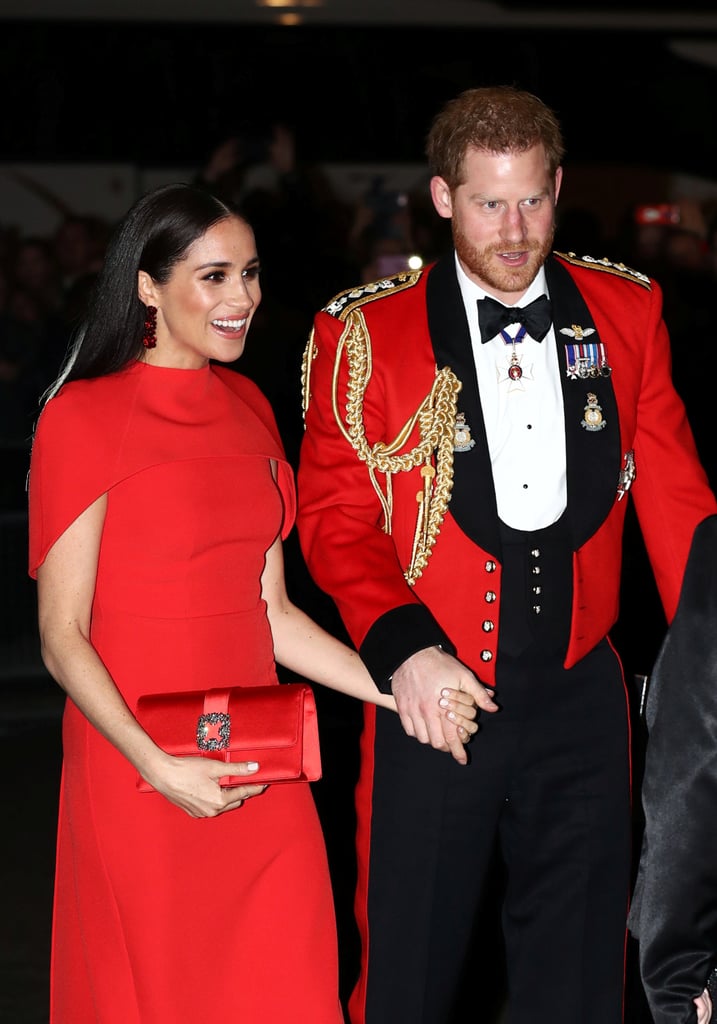 Prince Harry and Meghan Markle are continuing to make their final rounds before departing from royal duties. On Saturday, the power duo stepped out for a stunning appearance at the Mountbatten Festival of Music in London. While Meghan modeled a red cape Safiyaa gown, Harry — a huge music fan — looked dapper in matching royal attire. They headed into the Royal Albert Hall holding hands and sharing a few laughs.

The event united world-class composers, conductors, and musicians from the Massed Bands of Her Majesty's Royal Marines. This year's performance honored the 75th anniversary of the end of World War II, as well as the British Commandos' 80th anniversary. Earnings from the festival will be donated to the Royal Marines Association, which offers support to those who are a part of the Royal Marines, and CLIC Sargent, which supports those with cancer who are under 25 and their families.

On March 5, Harry and Meghan made their official return to the spotlight following the announcement of their royal split. They appeared cheerful at the Endeavour Fund Awards in London, walking arm in arm and flashing bright smiles. The next day, Harry stepped out again to help open the Silverstone Experience, an immersive museum that explores the timeline of British motorsports. The couple will officially step down as royals on March 31 before talking on their own charitable endeavors. Look ahead to see more photos of Harry and Meghan at the Mountbatten Festival of Music!