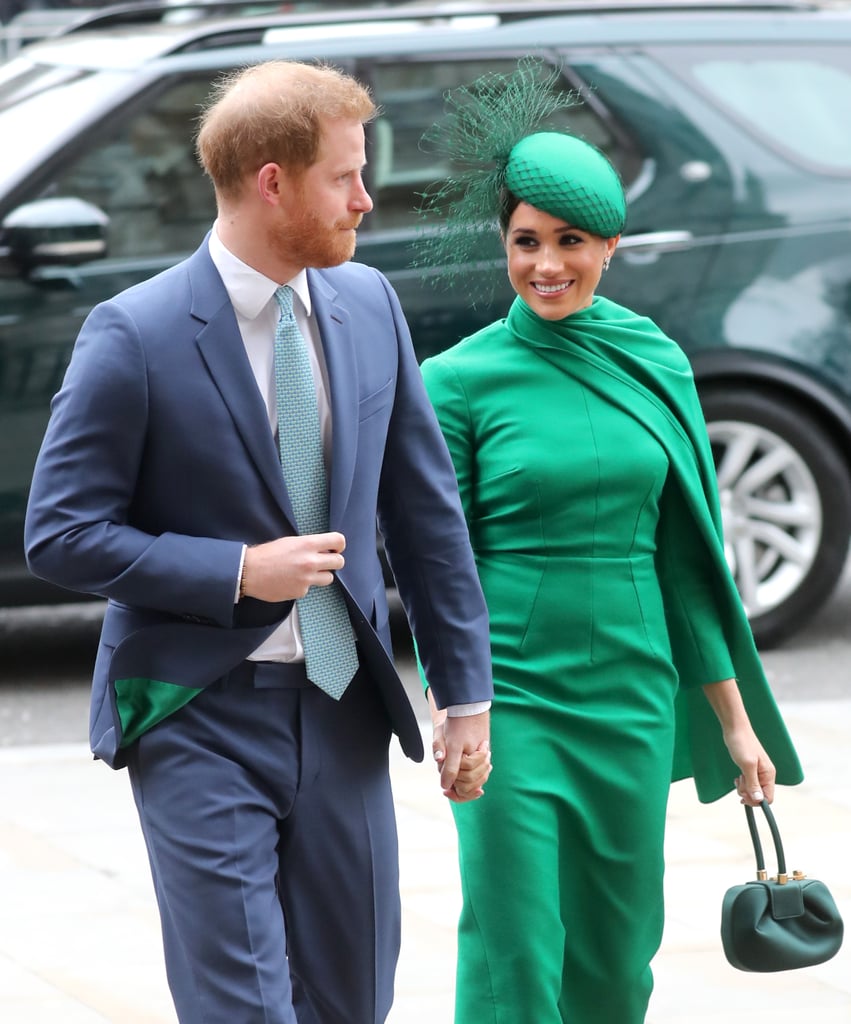 On Monday, Prince Harry and Meghan Markle reunited publicly with the Duke and Duchess of Cambridge for the first time since announcing they'd be stepping back from royal duties. This is the third year that Meghan has joined Harry and the royal family at the annual Commonwealth Day service at Westminster Abbey — it's the final public appearance the couple will make as senior members of the royal family.

In previous years, the four royals have arrived at the Commonwealth Day service together, putting forward a united front. This year, they arrived separately. The Duke and Duchess of Sussex arrived shortly after Harry and Meghan, entering the Abbey within minutes of them. Queen Elizabeth II arrived last, joining the Duke and Duchess of Cornwall at the entering to the Abbey, before joining the rest of the royal family.

The Duke and Duchess of Cambridge sat in the front row with the queen, and the Duke and Duchess of Cornwall, while Harry and Meghan sat behind the queen in the second row. Despite the ongoing reports that there is increasing tension between the princes, this seating plan is less of a slight and more a nod to the royal pecking order.

Commonwealth Day is an annual celebration that brings together people from its countries in Africa, Europe, Asia, the Caribbean and Americas. Ahead, see more photos from the royals' public appearance.